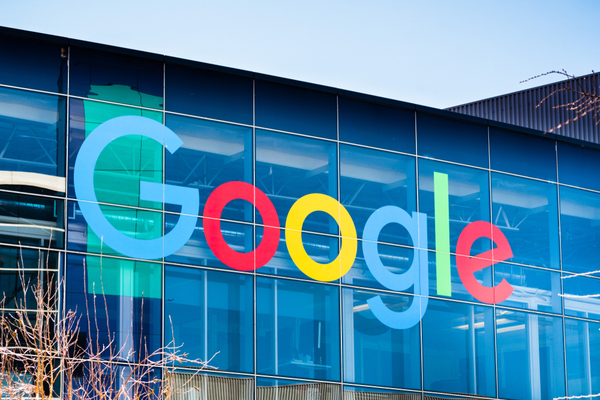 The claims are bold. The researchers not only found that Google’s NMT (GNMT) beats Google’s existing production phrase-based statistical translation system (aka Google Translate) by miles based on the widely used BLEU score, they also claim that “in some cases human and GNMT translations are nearly indistinguishable” and that “our system’s translation quality approaches or surpasses all currently published results.”

The researchers set out to address what, up until now, have been considered NMT’s most apparent weaknesses. First, training is computationally expensive—especially in cases with large data sets. Second, NMT struggles with the translation of rare words. And third, NMT sometimes fails to translate all parts of the input sentence, which according to the researchers can result in “surprising translations.”

The obstacles have, so far, prevented NMT from being deployed in a production environment, which is key to making NMT available through a free service like today’s Google Translate.

The paper says human evaluations show that GNMT “has reduced translation errors by 60% compared to our previous phrase-based system on English↔French, English↔Spanish, and English↔Chinese.” Apparently, the system is not constrained too much by what language it translates and “performs well on a range of datasets across many pairs of languages without the need for language-specific adjustments.” 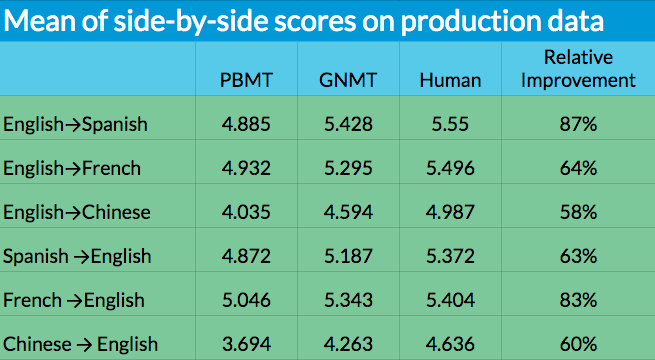 NMT has also been known to take considerable time to process even when run on graphical processing units; another impediment to deploying it in a live production environment such as Google Translate.

Google assembled a diverse group of researchers for the project. In the lead were Yonghui Wu, Senior Staff Software Developer, who has been with Google since 2008. Wu worked on Google’s machine learning search algorithm RankBrain. Research Scientist Mike Schuster, who’s been with Google since 2006, was previously with speech recognition software company Nuance, and Japanese telco NTT Japan.

The rest of the team includes, among others, Wolfgang Macherey, who joined Google in 2006, worked in the machine translation group with Franz Och, and has been working on natural language processing since 1996.

“We observed that human raters, even though fluent in both languages, do not necessarily fully understand each randomly sampled sentence sufficiently”—Google Neural Translation Team

Back to the claim that GNMT now almost matches human translation. The GNMT team bases that claim on evaluation data consisting of “500 randomly sampled sentences from Wikipedia and news websites, and the corresponding human translations to the target language.”

Thankfully, the researchers do acknowledge they are dealing in human language and not mathematical certainty. It is the human raters of the translations, however, whose judgment is qualified: “We observed that human raters, even though fluent in both languages, do not necessarily fully understand each randomly sampled sentence sufficiently and hence cannot necessarily generate the best possible translation or rate a given translation accurately.”

What’s next? Google will now start testing the system on particularly difficult translation cases and inputs longer than just a single sentence.

Editor’s Note: A previous version of this article read that Wolfgang Macherey “works” in an MT group with Franz Och. The correct tense is “worked” as Och is no longer with Google.