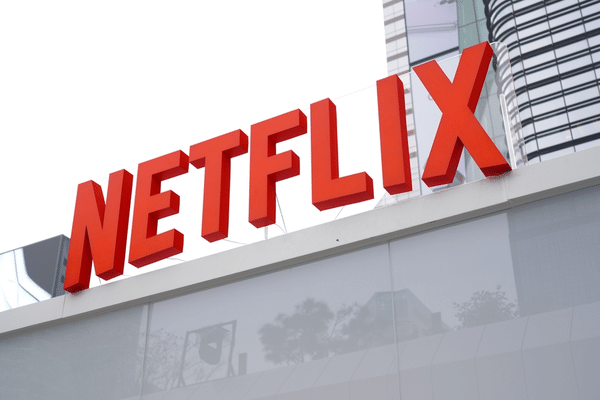 The Netflix leadership team just revealed some interesting localization stats and a candid assessment of the local-market challenges it faced over the past year in its Q4 2021 earnings call on January 20, 2021.

Highlighting the delivery of localized content in terms of nuance and scale, Greg Peters, COO and Chief Product Officer, disclosed that Netflix subtitled seven million and dubbed five million run-time minutes in 2021. “At that scale, we’re learning […] how to make that localization more compelling to our members,” he said, adding that this extends even to things one would not anticipate such as “how you present these titles in an emotionally evocative way.”

What’s more, Netflix Co-CEO, Ted Sarandos, pointed out how quickly the company had to hammer out a localization delivery system. “In many of those places where we built that out, there was zero infrastructure for subtitling and dubbing,” Sarandos said.

As the leadership team discussed how some local markets were easier to crack than others, Sarandos quipped, “There wasn’t an easy one in the bunch!”

Which is “actually a good thing,” CFO Spencer Neumann noted, “otherwise, it’d be really easy for everybody to replicate it.” He added, “Entertainment is still fundamentally pretty local around the world. So it’s global and local — and we need to figure that out.”

In the first quarter of 2022 alone, according to Sarandos, Netflix is coming out with original content from Turkey, Russia, Argentina, Mexico, Sweden, and Denmark. As previously reported, local language content is a big localization driver for Netflix and competitors such as Disney.

As for the market that continues to be quite the cash cow, Netflix will release 20 Korean language originals in 2022. Marvelling at how the consumption of Korean content in the US market has grown to “numbers I would have never believed three years ago,” Sarandos noted that there was “100% growth in 2021 over 2020.”

This was driven by a number of factors including an already sophisticated K-drama production machine as well as recognition by international award-giving bodies.

According to Sarandos, “It’s not like we had to go in and teach anyone in South Korea how to make great content. It’s an incredible market for that. And there’s always been curiosity around the world. The K-drama market has always had little pockets of success all over the place. But I think the ease of delivery that we’ve offered has kind of pushed that into the mainstream.”

He added, “Yes, there was kind of a turning point with Parasite and Bong Joon-ho’s Oscar [in 2020] to kind of open up people’s minds to it. But we saw that even way before […] there was this incredible storytelling culture that we could tap into. And that people would love K-dramas and watch them all over the world; it just wasn’t that easy to find them. And in Netflix, we’ve been able to kind of put together the great storytelling and great delivery and a great value proposition that has grown.”

“A good thing about our business is that it scales well, but it’s also super difficult. Otherwise, it’d be really easy for everybody to replicate” — Spencer Neumann, CFO, Netflix

And what about that global phenom, which Netflix subbed in 31 languages and dubbed in 13 more, blowing up the Internet — will there be a Season 2? “Absolutely,” Sarandos said. “The Squid Game universe has just begun.”

Not as easy to crack is India. “In every single other major market, we’ve got the flywheel spinning. The thing that frustrates us is why haven’t we been as successful in India, but we’re definitely leaning in there,” said Reed Hastings, Co-founder, Chairman, President, and Co-CEO at Netflix.

India is, of course, home to Hindi, the third most-spoken language in the world after English and Chinese (Mandarin). It is also home to 121 languages and 270 mother tongues, 22 of which are official languages. But beyond this linguistic superabundance there are many other considerations and, as COO Peters admits, they are “still very early in looking at India.”

For one thing, the streaming giant faces competition from other delivery conduits, such as cable. According to Co-CEO Hastings, “What’s unique about India is cable. It is about USD 3 per month, per household. So radically different pricing than the rest of the world, which does impact consumer expectations.”

The Netflix leadership is optimistic about cracking the Indian puzzle because of past triumphs in other tough markets such as Brazil. Hastings recalled, “In our experience in Brazil, it was brutal for the first couple of years. We thought we’d never break even.”

Peters concurred. “Yeah, I would use the word brutal […] It took us quite a while to unlock all of these components: product market fit, get the right content, all these different pieces.”

Today, however, Brazil along with the rest of South America has provided Netflix with “a long runway for growth,” as CFO Neumann described it, and creating content for the rest of the world.

Peters concluded, “I think we’re quite bullish that India isn’t fundamentally different in some way that we can’t figure out how to tailor our service offering to be attractive to Indian consumers who love entertainment. We know that for sure. And so that, I think, gives us a lot of optimism just to continue to work away at it.”