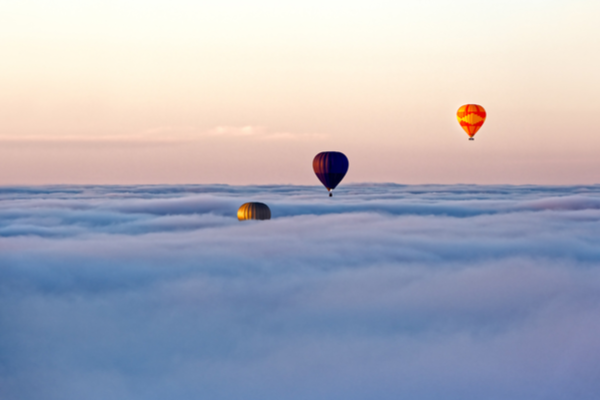 2017 will be remembered as the year neural machine translation (NMT) went mainstream. That does not mean, however, that it is a “solved problem”. Far from it, of course, as anyone fluent in two languages using even the most advanced online machine translation portals can attest to.

However, there are hundreds if not thousands of researchers working on the problem. Halfway through 2018, NMT research jumped 115% compared to the same period last year by one measure. From January to June 2017, Slator found 91 research papers relating to NMT (with the keyword “neural machine translation” in either the title or the abstract) on Cornell University’s automated online research distribution system, Arxiv.org. In the same period this year, that number skyrocketed to 196.

As we cautioned previously, there are some false positives and instances where NMT is just mentioned as an active research area or used for experimentation to test a hypothesis relevant to a bigger domain, such as natural language processing or even machine learning and deep learning in general.

There is also the issue of resubmissions, where the first version of a research paper published earlier is updated with new information or corrections. While not unique papers in their own right, these still count towards research activity in the domain.

After a frantic spring 2018 with dozens of papers published by some of the world’s largest technology companies, submission activity has slowed somewhat in July 2018 compared to previous months.

Only 26 research papers were submitted in July, and only nine of them are directly related to NMT and are not updated versions of previous submissions.

More and more research papers are mentioning NMT as a benchmark for state-of-the-art neural network technology.

This is a good sign for NMT researchers, but this also means that there is an increasing number of false positives when searching the Arxiv database. In addition, as researchers update their papers, the number of resubmitted, updated versions of previously publications are also increasing.

As time has gone by, general research topics have evolved since NMT hit the mainstream. Research on Arxiv between November 1, 2017 and February 14, 2018 focused on just a couple of main topics, namely improving quality of output and addressing training data constraints (e.g. low-resource languages).

Looking at which companies were involved in which papers between February 15, 2018 and the end of April 2018, it appears that the major players were taking totally separate research directions and working on research topics of their own.

The Facebook AI Research (FAIR) team, for instance, was busy tackling the problem of low-resource languages, a practical challenge for Facebook, which reached the two billion user mark in 2017 and requires 4.5 billion translations a day.

Amazon, meanwhile, was pursuing better operational efficiency, which makes sense as their offering is geared towards enterprise users of their cloud platform as well as LSPs, who could benefit from improved NMT processes and speed.

One paper Amazon worked on was on “constrained decoding,” a method that allows NMT to consistently translate specific words or terminology. The problem is that for every word that the NMT engine needs to remember in order to translate a specific way, the entire system slows down a bit.

Google, on the other hand, seemed focused on improving NMT output, though the search giant has a finger in pretty much every pie, as usual. Google Brain researchers co-authored publications with Microsoft on low-resource languages, machine reading and question-answering, and unsupervised learning.

Google even came up with improved models that were essentially hybrids of existing NMT engines. These hybrids reportedly outperformed state-of-the-art, according to Google, including their own in-production Google Translate transformer model.

NMT is still emerging and research, spearheaded by academia and helped along by the corporate side, is proceeding at a healthy pace. Indeed, the first half of 2018 showed just how active the research community is, with May 2018 dethroning April as the busiest month for NMT.

The race for NMT also spills over to open source. Jean Sellenart, Global CTO of Systran, remarked during SlatorCon London 2018 that over “the last two years there has been, every month, about two new open source projects for NMT.”

There is definitely a type of snowball effect in play. The technology offers such breadth and depth that even competing companies sometimes work on the same research together. “No company in the world can reproduce 250 papers just to check if they’re right or wrong,” Senellart said. “It is one of the reasons of the necessity of open source today.”

Come May, June, and July 2018, more familiar names found their way into Arxiv research papers. The usual players like Google, Microsoft, and Amazon were of course present, as well language industry names like Systran, Ubiqus, and SDL.

China was well represented with e-commerce giant Alibaba and internet company Tencent both publishing papers—even Sogou published a paper, though not specifically about NMT.

“Our experimental results show that our new approach could achieve high effectiveness on real-world datasets,” Tencent’s abstract read. “Our successful experience on deploying the proposed algorithms in both the development and production environments of WeChat, a messenger app with over one billion of monthly active users, helps eliminate numerous defects of our NMT model, monitor the effectiveness on real-world translation tasks, and collect in-house test cases, producing high industry impact.”

The race for better NMT output also accelerated, with research on better accuracy and adequacy, improved operational efficiency, and document-level context. Low-resource languages also emerged as a priority for many researchers, and teams in Japan (more prominently NICT and NAIST) and China picking up the pace.

In the business world, the impact of much higher quality machine translation is fast becoming felt throughout the supply chain and it is already impacting unit price expectations.