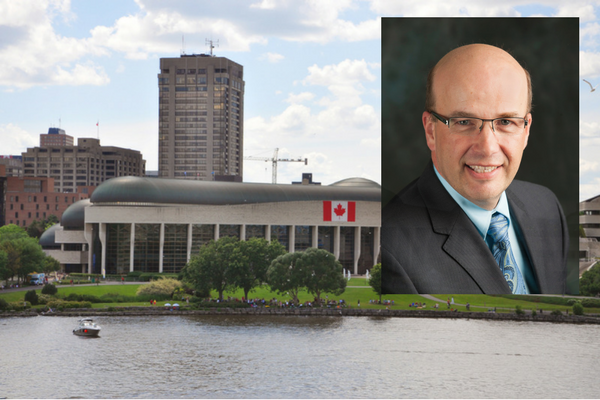 Canada’s Translation Bureau is rewriting its narrative from a beleaguered 83-year-old public institution to an imagined “center of excellence in linguistic services” for government translation.

The new playbook, according to its new CEO Stéphan Déry, is anchored on a revised business model that would define its new role in government more than 20 years after its services were made optional to federal departments.


The Translation Bureau, which used to provide all translation, interpretation services to the Canadian public sector, was in troubled waters throughout most of 2016, rocked by issues such as a reduced workforce, a machine translation (MT) tool that caused deep divisiveness across the organization, competition from the private sector, and the departure of its chief executive, Donna Achimov.

“Needless to say, a central element in this area is the review of the Bureau’s status. This is an initiative with a long-term time frame,” Déry told Slator. “In the short term, one of our critical tasks is to review internal workload management and contract management. This will enable us to more effectively manage client demand and strengthen our ability to deliver quality translation.”

While the Bureau has been operating under a cost recovery model ever since its funding from parliamentary appropriations was cut years ago, all is not lost.

A report submitted to the Parliament by the Standing Committee on Official Languages in June 2016 estimates that 80% of translation demand in the public sector is still sent to the Translation Bureau, which earned a client satisfaction rating of 87% in 2015 and 2016.


Not Competing with the Private Sector

Déry, who became CEO only three months ago, insisted that the Bureau is not competing with the private sector nor is it siphoning off translation jobs to private companies at the expense of public sector employees.

“The Translation Bureau is working closely with the private sector to ensure that there is an appropriate and shared capacity to respond to current and future Government of Canada needs,” he said.

One of the Bureau’s more recent initiatives is the formation of an Interpretation Advisory Panel, which is envisioned to be a forum for concrete dialogue on ways to improve the contracting processes specifically for conference interpretation.

“One of our objectives for this area is to improve how we are procuring linguistic services and managing supplier contracts to make doing business with the Bureau easier and more streamlined,” he explained.

Though the agency’s current workforce is leaner compared to what it had at its peak decades ago, the Bureau remains the largest employer of translators in Canada, with 1,250 full-time employees to date, 900 of whom are professional translators.

Déry said the Bureau has committed to employ 50 students per year over the next five years as part of its succession planning. This summer, it hired 59 students under its Federal Student Work Experience Program. The students were from almost all universities across Canada.

“The Bureau intends to stabilize its workforce by replacing linguistic professionals who leave and will hire strategically to ensure specialized positions remain filled and the next generation of specialists gets trained,” he said, adding that one of his targets for his first year in office is to “make the Bureau an employer of choice.”

It’s a tall order for the new chief, but Déry said he has been meeting with employees, in particular translators, interpreters, and terminologists, as well as clients, industry experts and members of the academia to foster a dialogue.

Déry noted that the Translation Bureau provides translation and interpretation services in more than 100 different indigenous and foreign languages.

“We have been offering these services long before Statistics Canada released its report. We are also committed to supporting the government’s focus on the usage of indigenous languages in Canada’s Parliament and, more broadly, within the government,” he said. “We will be seeking opportunities to build capacity in indigenous interpretation and translation.”

In Déry’s point of view, it is critical that the Bureau’s language professionals also have the tools to do their jobs and support its focus on translation quality.

Hence, despite the contentious issue surrounding the use of the Language Comprehension Tool (Portage) his predecessor rolled out, Déry is all for investing in technology, specifically a   “techno-linguistic toolbox,” which he said will be developed in collaboration with translators.

He also mentioned the need for corpus management, as well as a government-wide database — not just for translators but also for suppliers and universities. “It’s very clear that everything we are doing needs to focus on enhancing quality within the organization. And when I speak about quality, I’m of course referring to the quality of our translated documents, of our interpretation services, and of the terminology we develop,” he emphasized.

Hence, Déry’s next move is to hire a new chief quality officer (CQO), which would then implement its so-called quality management framework. “We have 11 candidates. We should be able to announce early this fall,” he said.

The new CQO will report directly to the CEO and will be responsible for overseeing all activities at the bureau affecting quality.