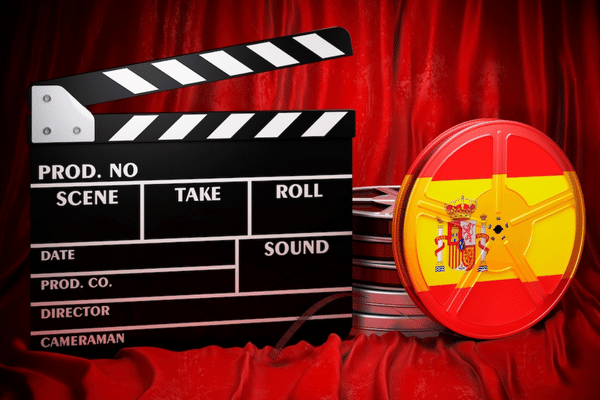 It’s been a little over a year since the Spanish government shared its plan to make Spain the audiovisual hub of Europe. As Slator reported, the government will invest EUR 1.6bn into the audiovisual sector through 2025, with the goal of expanding the industry by 30%.

Here, we take a look at some of key changes in Spain’s audiovisual landscape over the past year, preview what’s to come, and consider the possible impact on media localization.

A key milestone was achieved in March 2022 when the Spanish government launched its new information portal, Spain Audiovisual Hub. The portal outlines the Spain AVS Hub plan and centralizes information on tax incentives and financial support, filming locations, training and education, as well as procedures for international productions.

The site also showcases leading Spanish film and TV productions and maintains a directory of Spain’s audiovisual service providers. (For media localization providers, this is essentially a list of potential clients.)

Another linchpin of the strategy, Spain AVS Bureau, was put in place in May 2022. The bureau, which was launched as an online and phone-based support center, gives assistance to local and international audiovisual companies interested in executing projects in Spain. The bureau also supports Spanish companies with their internationalization strategies.

The promotion of the Spain AVS Hub plan has been in full swing. Spokespeople from ICEX (the Spanish Institute for Foreign Trade) took the stage at the Toronto Film Festival on September 14, 2022 to highlight some of the incentives on offer for companies to shoot in Spain.

A 30% tax incentive applies to most of mainland Spain, increasing to 50% in the Canary islands. As an example: a Canadian production with a budget of EUR 5m made in the Spanish peninsula would receive a tax reimbursement of just over EUR 1m.

Also easing the path for foreign productions is a new law, enacted in November 2021, to simplify the process for audiovisual professionals from other countries to enter and stay in Spain. Three routes of access are defined, including a new 90-day visa-free period for nationals from Argentina, Australia, Brazil, Japan, South Korea, Mexico, Ukraine, and the UK.

International investors were recently brought together with Spanish audiovisual professionals at the San Sebastian Film Festival in September 2022. Spanish Screenings: Financing and Tech, promoted by the Spanish Ministry of Culture, includes a competition for Spanish entrepreneurs and start-ups, designed to highlight new audiovisual technology. Selected local producers will also have the chance to pitch their feature films.

A further objective on the Spain AVS roadmap is to “encourage and promote audiovisual talent.” The government plans to execute numerous measures — dialogue forums, talent attraction programs, and training courses — to make Spain “a centre of attraction for talent in the audiovisual field.”

One of Spain’s major drawcards is its diverse range of natural locations and strong architectural heritage, making the country an appealing filming destination. International streaming platforms such as Netflix, HBO, Disney+, and Apple TV+ have all shot major series in Spain.

In late September 2022, filming on the sixth series of Netflix’s “The Crown” will begin in Mallorca and Barcelona. (Production of the series, which chronicles the life of Queen Elizabeth II, was put on hold temporarily following her death on September 8, 2022).

Netflix’s Spanish studios, which were established in 2015, are situated in Madrid Content City, a 140,000m2 hub that includes production studios, an auditorium, and post-production facilities. Madrid Content City is owned by Roots Group, with Lionbridge’s owner, HIG Capital, taking a 40% stake in it in 2021.

Increased foreign investment and content production will drive dubbing and subtitling demand, while the new focus on audiovisual training and education — both by the public and private sector — will be a boost to LSPs recruiting for localization roles or seeking to expand their operational footprint in Spain.

The company is also currently recruiting for a Director of Creative Production (CP) in Madrid, a role that will cover Spain, Portugal, France, Italy, and Greece. Netflix’s CP function is responsible for “contextualising” Netflix stories by producing artwork, trailers, synopses, and subtitles in multiple languages.

Since Slator first reported on this story in October 2021, the LinkedIn group Directorio de empresas y profesionales del sector audiovisual (Spain) (Spain Directory of Businesses and Professionals in the Audiovisual Sector) has increased its membership by around 11%.