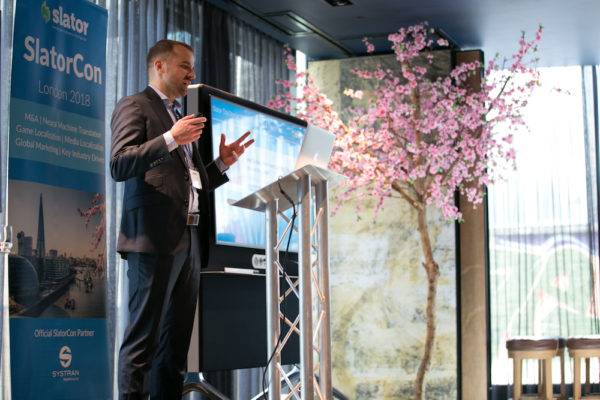 Against this positive backdrop, growth in the language industry as measured by the Slator LSPI is healthy but, in fact, not outstanding. The combined revenue of the 33 Slator LSPI companies grew by 16% in 2017 to USD 4.7bn. Yet some of this growth is the result of M&A activity, which drove 2017 growth for some language service providers (LSPs), such as RWS, Keywords Studios, and Technicis. In purely organic terms, growth was in the single digits in 2017 for many LSPs.

Still, pockets of strong growth exist: Media localization is booming with the explosion of over-the-top (OTT) media services over the past three years. This is fueling growth for players such as BTI Studios, ZOO Digital, IYUNO, VSI, SDI Media, and others. Remote and video interpreting is growing in the United States, helped by regulatory drivers. This has propelled players such as LanguageLine, Cyracom, and Stratus Video to double digit revenue growth.

Judging by the 2017 performance of TransPerfect, life sciences buyers, too, continue to increase spending on language services. Despite the most tumultuous year in an already wild corporate history, NY-based TransPerfect managed to claim the bragging rights of becoming the largest LSP by revenue in 2017, adding USD 65.8m to its top line.

In early May 2018, the battle for TransPerfect ended with Phil Shawe buying out co-founder Liz Elting in a deal that netted Elting nearly USD 300m after tax. Some senior executives that had left in protest over a potential sale to competitor Lionbridge in late 2017 have returned since Shawe took control.

Will It Scale This Time?

What is striking about the language industry’s vendor ecosystem is the fact that, with the exception of Stratus Video, all of the players were founded before 2010. Many, in fact, were established in the mid to late 1990s.

In an industry with relatively low barriers to entry, it is remarkable that almost no recent startup has managed to grow to any significant size.

One reason for this lack of scale is that many startups of the past decade often initially see themselves as technology companies trying (and often failing) to disintermediate a labor intensive industry. While also betting big on technology, the latest startup darling of the language industry, Unbabel, which recently raised a USD 23m Series B round, is using technology to accelerate the services component of the business. Time will tell if this enables them to grow to any significant scale.

The End Of Muddling Through

In one important way Unbabel’s tech-driven model is well positioned to take advantage of a secular trend in the industry: the continuous and accelerating drop in unit prices. As neural machine translation and more user friendly interfaces boost the productivity of human linguists, prices are coming under increasing pressure. Not only are clients’ expectations shifting, freelancers and LSPs alike are beginning to proactively lower prices in a bid to preempt buyers from looking elsewhere.

For the linguists, a drop in unit prices does not have to be a bad thing if they are able to offset, or even overcompensate for, the drop with an increase in productivity.

Some are also considering changing their pricing to hourly rates. LSPs, whose language production typically makes up between 40 and 60% of their overall revenues, will have to make sure they capture substantially larger overall content volumes in order to offset the price drop and continue to grow. There are encouraging signs that buyers will maintain budgets and simply translate more content as unit prices drop.

A look at where growth is occurring in the language industry is telling. Media localization, life sciences, global marketing, gaming, and even curated language data, to mention a few, are all markets that require deep specialization, a sophisticated technology infrastructure, and, to win large global RFPs, a strong in-country presence in major markets. Vendors that lack focus, those who are holding on to client relationships established decades ago, and those whose only distinguishing feature has been their location in a particular city or country will no longer be able to muddle through.

Join the executive discussion and register early for SlatorCon San Francisco, where the impact of language technology will come squarely into focus in the language industry’s most pivotal year.