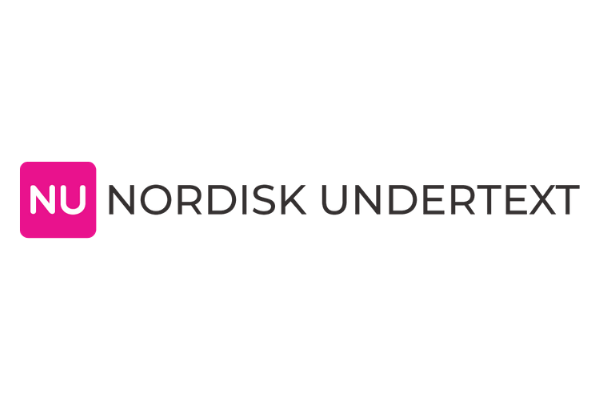 Nordisk Undertext, a media services company specializing in language localization, is expanding quicker than any other company in its industry – across the globe. In 2018 alone, turnover increased by an incredible 269 percent. ‘Our largest customers are Netflix, Amazon and Viacom, and we’re now considering opening a branch in Los Angeles,’ Mikael Fröling, CEO and one of the company’s founders, explains.

CSA Research in Cambridge, Boston, recently released updated industry figures for Language Service Providers (those working with translation, subtitling, dubbing, etc.). Nordisk Undertext, founded in 2002 and with offices in Gothenburg and Borås, Sweden, was the fastest growing company in its entire industry in 2018 – the world over!

According to the company’s latest 2018 financial statements, revenue sky-rocketed from 46 to 165 million SEK (5 to 17 million USD), while profit increased from barely 7 to closer to 17 million SEK (725,000 to 1.8 million USD), up 150 percent. Nordisk Undertext also outperformed other Swedish competitors in areas of growth, increased revenue and profitability over the past three years.

‘We enjoy a steady, stable flow of Swedish industry work from clients such as Volvo, SKF and H&M. The extremely quick growth we are currently undergoing is due to large-scale assignments for international media giants, including Netflix, Amazon and Viacom,’ Mikael Fröling explains.

Nordisk Undertext is a small company that was suddenly propelled into the mid-sized segment.

The company currently employs close to 30 people, but Mikael Fröling anticipates the need to hire at least double that many over the course of the following year. Employees devote a great deal of time to project-managing a network of thousands of freelance translators working around the globe.

‘2019 is set to be yet another strong year, with high growth and profitability. It is also a year of consolidation, a time to secure the focus on both the organization and clients to manage the new volume of business,’ Mikael Fröling highlights.

In order to work more closely alongside the company’s major American clients, Nordisk Undertext is considering opening an office in Los Angeles, which is nine time zones behind its Swedish offices.

‘The media industry is undergoing a time of major change, fueled by globalization and digitalization. Viewer’s television and film consumption habits are shifting, and streaming services are in turn experiencing immense growth. This leads to an increased demand for local language services – that’s where we enter the picture,’ explains co-founder Per Nauclér, responsible for business development and sales.