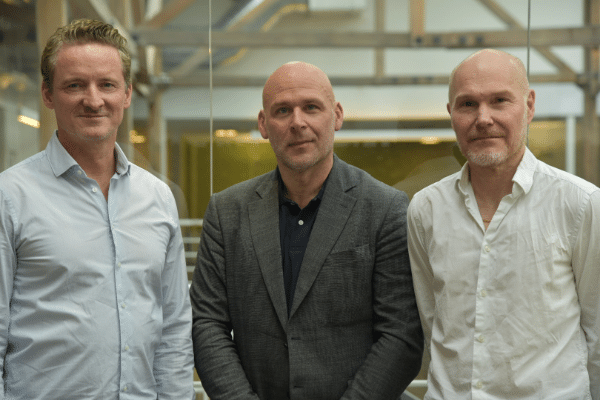 LinQ is based in Stockholm, Sweden and launched officially in March 2021. The company is already operational in the Nordics and recently raised EUR 1m in seed money with the participation of the founders.

Co-founder and Executive Chairman, Björn Lifvergren, told Slator that they will use the funds to hire their first employees and take “the first steps towards creating a broader international presence.”

Lifvergren is well seasoned in media localization: he founded BTI Studios in 1995 and led the company for more than two decades as CEO. Having grown the business to more than EUR 100m in revenues, he stepped down from the role and took up a seat on the Board of Directors in September 2018, before severing ties with the business in April 2019.

He recounted LinQ’s origin story to Slator, saying “one of the most important motives was that [none] of the founders felt that they were done with the media localization market.” Lifvergren added that the idea was born in summer 2020, when the founders began discussing the option of “buying back into the market” and decided to launch their own startup.

“The time is ideal,” Lifvergren said, adding, “The latest consolidation wave is creating massive, faceless companies, where cultures clash and there’s a risk for more focus on corporate politics.”

Moreover, he pointed out, “a monopoly situation has occurred in the [media localization] market from the latest rounds of consolidation, whereby a lot of really great talent is being made redundant.”

Livregren described a different vision for LinQ, highlighting their desire to become a “boutique-style service [that] will work closely with clients on a local basis” — and to focus on employee and client value, which, he said, go hand-in-hand.

Having built up an extensive client book of media and entertainment companies from their BTI days, LinQ’s founders are better placed than most to succeed in a market that traditionally imposes on suppliers high barriers to entry.

On the customer side, “we have in the past operated preferred partnerships with companies that are now being reignited,” Lifvergren said, while “knowing the right local vendors will contribute to our service offering.”

To add scalability from the get-go, LinQ has also inked a partnership deal with OOONA, a subtitling workflow provider that enables, among other things, easy file transfer.

As for other automation tools, Lifvergren said their approach is client-led. That is, “if you want Machine Translation, we will give it to you, but it’s the level of Human Interaction that is the key — we call it Human-Enhanced Machine Translation!”

LinQ’s client base will extend beyond the typical realms of media and entertainment localization to the adjacent market for corporate videos. Lifvergren said the rationale for this was that “in the new world order, companies travel less, but the need for communication is larger than ever before.”