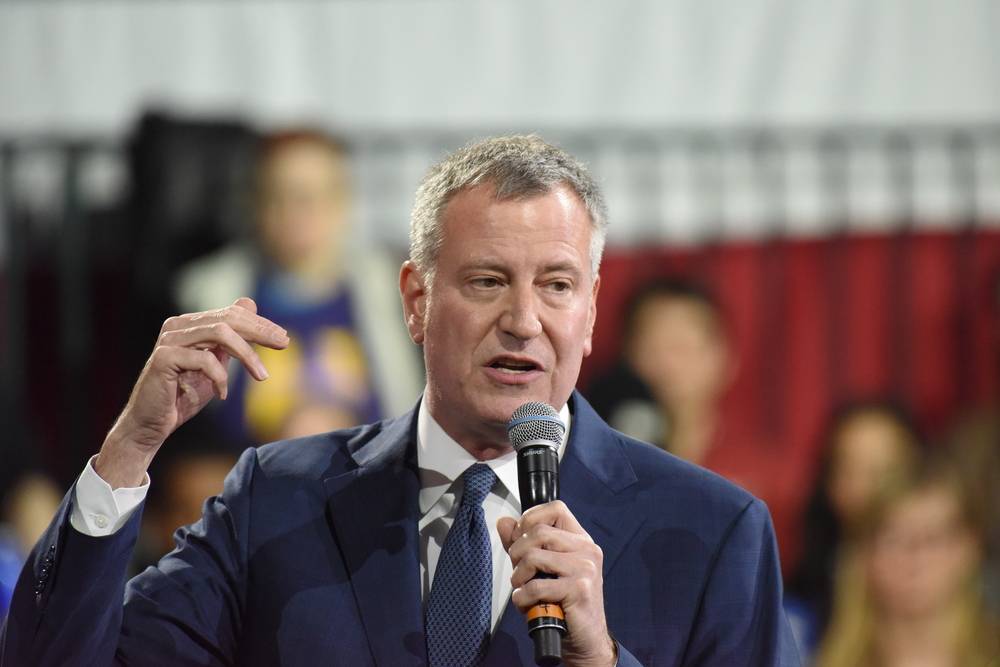 Mayor Bill de Blasio signed into law this week a bill that requires all New York City websites to provide, “whenever practicable,” translations for the six most common languages other than English. In New York, these are Spanish, Chinese, Russian, Bengali, French Creole, and Korean.

The local law, called Int. 673-A, requires the addition of a new translation feature in addition to the existing Google Translate tool that translates the NYC.gov homepage into some 90 languages. While the current Google translation is accessible via a dropdown menu at NYC.gov, Int. 673-A provides that limited-English speakers see a prompt for a language version of their choice.

In his testimony before a City Council Committee, Chris Long, Assistant Commissioner for Web Strategy and Operations at the Department of IT and Telecommunications, called the existing Google Translate feature a “short-term solution” by the City, whose vision is “for every agency to translate essential parts of their web pages into the top languages spoken by their constituencies.”

That vision drives New York’s Language Access Program, and Int. 673-A gives it teeth as it takes effect 90 days from the date it was enacted into law.

At the same meeting, Long said the Mayor’s Office had already launched the Language Access Program back in January 2015. The Program, according to Long, is overseen by Azadeh Khalili, the new Executive Director for Language Access Initiatives.

“The vision is for every agency to translate essential parts of their web pages into the top languages spoken by their constituencies.” – Chris Long, Assistant Commissioner

Long further disclosed, “Every public-facing agency now has a contract with a vendor for translation and interpretations services. In terms of translation of written materials, vital documents are translated by certified bilingual agency staff or outside vendors.” He added that the NYC Office of Emergency Management uses translation by staff or vendors for emergency written communications.

NYC.gov is “home to the websites of over 125 City agencies, entities, initiatives, and organizations,” Long pointed out, and it hosts around 45 million unique visitors, who view 800 million pages of content annually.

According to the law’s Fiscal Impact Statement (FIS), zero. The Department of IT and Telecommunications intends to use existing staff and resources to implement Int. 673-A. Per supporting documents, “Current Agency Resources” include existing “Contracts for Services and Training.”

Furthermore, the Department will “assign staff to compile research, assess which City websites should have a language translation feature, and carry out one-time programming and ongoing maintenance,” according to the FIS.

That is not to say utilizing the current resources under the Language Access Program for the new website translation feature will cost the City nothing. The Program’s Standard Operating Procedures (SOP) state that “Language Line” is the current contractor and was awarded the contract for the period of October 25, 2012–October 24, 2017.

Per the SOP, the Mayor’s Office and the Department of IT and Telecommunications, “is developing an online language access policy pertaining to websites. Once we procure the services of Language Line Services (sic) we will gradually upload essential documents to the website.”

LanguageLine’s rate per word is USD 0.19 for Spanish, Chinese, Italian, Russian, French, and French Créole, with a rush markup of 25.00%. Written translation in other languages bills for USD 0.24 per word, with a 25% rush markup.

These rates were quoted by LanguageLine upon awarding in 2012. Under the contract, the rates were binding for one year after awarding, and pricing adjustments may be allowed on each contract anniversary date.

As early as 2009, New York was already spending USD 26.9m on language services.