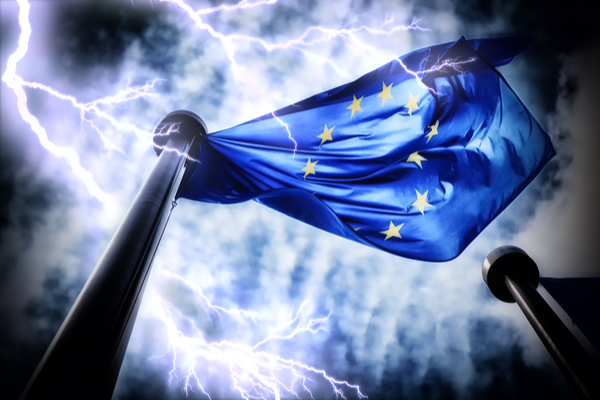 Interpreters are up in arms as a result of a change in working conditions at the European Parliament (EP), as reported by Politico recently. The new working conditions, which were introduced by the EP in August 2017, will require interpreters to spend more time in the booth.

As many as 300 interpreters (around 60% of EP interpreters) who were planning on taking strike action to protest the change to working conditions were requisitioned, i.e. called back to work, by EP management. The move to requisition on-strike interpreters has further angered interpreters and has been called “unacceptable” by some MEPs.

Yesterday, June 19, 2018, two representatives for the interpreters addressed the EP Employment Committee to put forward their point of view and propose a way forward. The meeting was attended by MEPs, but not by any representatives of EP management responsible for the requisitioning.

Speaking on behalf of staff interpreters at the EP, Roberto Aquino outlined his perspective on what prompted the strike action, the specific challenges facing interpreters working for the EP, and the possible solution before the Employment Committee on June 19, 2018.

Interpreters believe that the new working conditions imposed by the EP in August 2017 were introduced unilaterally, i.e. without consultation or social dialog, which they say is in breach of a number of rules and provisions.

He told the Committee that the number of hours that interpreters work in the booth each day “is already higher than at the UN, which is the other institution comparable to the EP, where they have six hours with a quarter of the languages that we work from and into here.” Aquino also said that the new working conditions will not allow interpreters enough time to prepare for assignments, jeopardizing the quality of interpreting provided to the EP.

Moreover, there seemed to be a misconception that interpreters are only working when they are in the booth, and Aquino said that this would be like assuming that “MPs only work when they are in meetings.” He suggested that “stats provided by management are flawed because lots of things are not taken into account.”

Explaining the unusual pressures faced by EP interpreters, Aquino said that there is a higher than average word-per-minute speed for interpreters at the EP because oftentimes speakers have a limited time-slot and are reading out prepared speeches. This adds to the pressures of a job that already requires a notoriously demanding level of concentration.

Refuting the idea that “interpreters are resistant to change and that we just want keep working the way we have done so far,” Aquino said that “nothing is further from the truth than this. Since 2002, we have lost 81 posts of staff interpreters, from 350 to 269. We do more than double the languages…We already do a lot more with less.”

As a result, interpreters are facing increasing pressure from the demand for more technical meetings and hearings, in front of a wider public audience, while the number of staff interpreters has been cut. In Aquino’s view, this highlights the fact that the EP “wants to have their cake and eat it too”.

According to Aquino, a possible long-term solution can be found in the form of a “so-called soft version….a light version of the newly imposed working conditions”, which has been operating since September 2017 and largely corresponds to counter proposals set out by interpreters. He recommended that the EP codify that approach in order to have a speedy solution and ideally “before summer because it has been dragging on for too long.”

Echoing and expanding on Acquino’s sentiments from a freelance interpreter perspective, Ana Vivas Ballo told of the situation of inequality that has developed between the treatment of staff interpreters and freelance interpreters. She cited compensation for evening, night and “arduous missions” as being unfair for freelancers and said that freelance contracts are often drawn up 24 hours in advance of a mission or even the same day, leaving insufficient time for preparation.

Responding to the speeches from Aquino and Ballo, MEP Benifei said that the requisitions were the “polar opposite of what our values should be” and deemed them “unacceptable”. MEP Bach and MEP Kari also called for a reasonable social dialog in order to find proper solutions before summer break, while MEP Ribiero questioned whether the requisitioning was justified.

A spokesperson for the Parliament had previously told Politico that rounds of talks had taken place, rejecting the claim there had been no consultation. The spokesperson also said that interpreters’ duties outside of the booth are indeed taken into account, and that there is also typically one week per month that interpreters do not normally work, coinciding with when MEPs are not in Strasbourg.

MEP Rolin, who chaired yesterday’s meeting, expressed solidarity with the interpreters’ plight and underlined his commitment to bring up the issue with the EP coordinators in their next meeting. He said it was important to establish if there was truly a legal basis for the requisitioning and hoped for “an agreement between the parties.”

Correction: An earlier version of this article stated that 60 interpreters were requisitioned. In fact, it was 300 interpreters, 60% of the total.