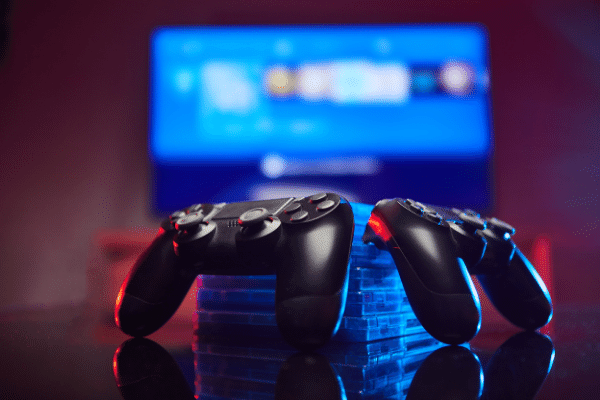 One of the main accounts driving the hashtag is Gameloc Gathering. The goal is to bring game localization out of the shadows and to commend language service providers (LSPs), game developers, and publishers that do include translators in the credits.

A newer account, Loc In Credits, is dedicated to sharing examples of translators being credited.

The reality for translators: taking part in the translation of a project does not guarantee your name will end up in the credits. This is what game translators find so frustrating. Including their name in the credits helps establish and elevate the translator’s profile within the industry. It also gives gamers an opportunity to appreciate the hard work that has gone into creating a game.

One popular video game series, Total War, is a prime example of a title not crediting translators. In its 2018 release, no translators or translation agencies were credited; only project managers. Loc In Credits noted sarcastically, “I guess the game was translated in 12 languages thanks to some kind of magic.”

In subsequent releases (up to the most recent from February 2022), the only change was the inclusion of “production babies” and names of LSPs such as Roboto Global and 23 Studios. But still no sign of translators.Loc In Credits tweeted its frustration about the omission. Creative Assembly, the European games studio behind the release, is yet to respond.

Agencies, you should be proud to have your name associated with talented individuals and fight for them. Yet, you are driving people away from the industry by constantly trying to lower rates and by erasing the partners without whom you would be nothing. You'll reap what you sow.

A number of game-specialist LSPs have thrown their support behind the movement. Tokyo-based video game localization company, Dragonbaby, tweeted the following.

At @DragonbabyLoc 🐲 we support #TranslatorsInTheCredits, and try our hardest to get our linguists the recognition they deserve.

If you leave the project?
✨ Credit. ✨

If you touch the text in any way at all?You guessed it, ✨ credit. ✨

Lithuania-based RiotLoc also shared its frustration about the perpetual non-disclosure agreements translators are made to sign, which prevents them from ever talking about their work.

1. It's translators, not loc agency's managers or ceo, who craft the localization for games. Their work must be credited.

2. Hiding translators from credits and using NDA to silence them is unethical practice and must be banned.#TranslatorsInTheCredits https://t.co/RxIe6pOThw

For now, there is only so much that translators can do within the community to tackle issues such as crediting. The #TranslatorsInTheCredits movement is a great start.

Until a strong cohort of translators negotiates the terms of crediting with employers across the bargaining table — or until game-specialist LSPs start pro-actively including translators in the credits — the status quo will remain.