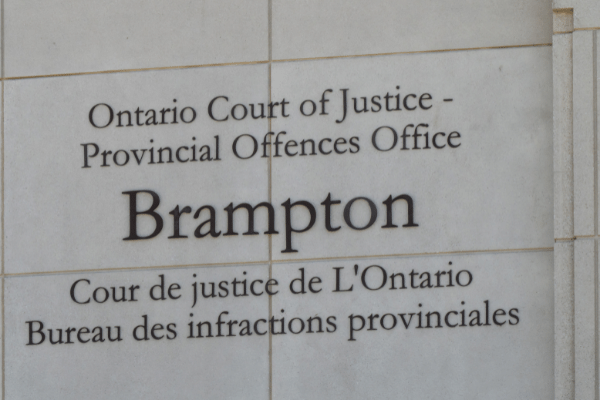 At least three groups of court interpreters in Ontario, Canada, have been staging protests to call attention to two things; the fact that hourly rates for court interpreters have remained the same for almost a dozen years and their treatment by government authorities. Only freelance interpreters (as opposed to court staff interpreters) are known to have participated in the protests.

On January 22, 2022, the local press covered a rally outside a Brampton courthouse the week prior by a group calling itself Professional Court Interpreters of Ontario (PCIO). Members of the group have also, from January 1, begun invoicing their services at CAD 60/hour, double the going freelancer rate of CAD 30/hour, according to the Brampton Guardian report.

The Court Interpreters’ Association of Ontario (CIAO) has likewise upped its rates (to CAD 50/hour), the same report said, adding that although the courts rejected the new rates at first, “some interpreters are seeing their $60-per-hour assignments accepted with one-time approvals.”

Meanwhile, a third group calling itself the United Court Interpreters of Ontario (UCIO) had earlier published an open letter dated January 12, 2022, with a long list of grievances against and suggested remedies to current “improper and unethical practices” against court interpreters (CIs).

“A large number of Ontario CIs are currently organized in distinct groups taking differing paths in the pursuit of redress to our grievances. Coincidentally, we have all agreed that starting this month, we will demand equitable hourly fees as those paid to CIs in [British Columbia] and will not attend assignments until such time when our demands are met,” the letter stated.

Ministry of the Attorney General Responds

Slator asked the Ministry of the Attorney General (MAG) in Ontario to comment on certain points highlighted in the UCIO letter, including the inequity of fees paid Ontario CIs compared to their BC counterparts.

Among the list of UCIO’s grievances is the propensity of courts in Ontario to “hire unaccredited agency interpreters, at twice the cost to taxpayers, undermining the delivery of justice while offering the excuse that no accredited CIs are available […] which has led to numerous mistrials.”

Gray said that, when required, the MAG uses a combination of “freelance court interpreters and interpreters sourced through third-party agencies.” He pointed out, however, that “the ultimate determination of whether an interpreter is competent to interpret during a proceeding is made by the presiding judicial official.”

UCIO also described the MAG’s cancellation policy as “unfair” as it compensates interpreters for “9 hours, or less (3 hrs x 3 days maximum), for a vacated multi-day trial.” It further criticized the ministry on its frequent failure to update bookings, which “negligence effectively blocks the CI’s availability and their ability of being booked for new assignments by another court.”

According to Gray, “The cancellation policy aligns with the ministry’s fee schedule, and interpreter availability is updated in the system as quickly as possible.”

As for the absence of support during the pandemic for Ontario CIs, who have had to use their own gadgets, rent working spaces to avoid distractions, and pay for enhanced Internet bandwidth to provide remote interpretation, the MAG Spokesperson would only say this: “Throughout the pandemic, the ministry has implemented technological enhancements to support the continued delivery of court interpretation services across the province. These enhancements have provided greater opportunities and flexibility for interpreters to accept both in person and remote assignments.”

However, the group added, “since MAG currently manages us, the former has failed to fulfill its mandate regarding court interpreters under MAG’s knowing approval.”

Slator will continue to monitor the situation in Ontario and provide updates as needed.