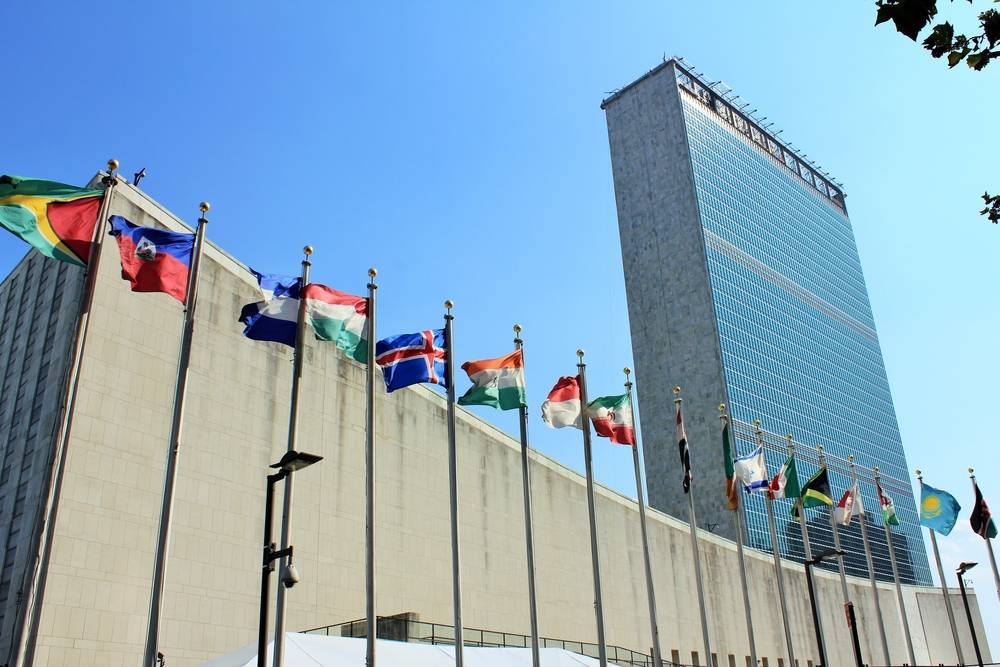 The United Nations Conference Management Service announced the 29 winners of the 14th St. Jerome Translation Contest on May 16, 2019 in Vienna. The contest, held in January, drew over 270 competitors.

The test piece for contestants translating into English was a Spanish article from the newspaper El País, entitled “El Guernica en la trituradora de Banksy” (literally, “The ‘Guernica’ in the Banksy crusher,” referring to the Picasso painting and the UK street artist).

Meanwhile, for translation into Arabic, Chinese, French, Russian, Spanish, or German was an article from The Irish Times: “Out of my comfort zone, wandering around Harrods in the wrong trousers.”

Competing entries were evaluated by a jury of two to three judges per language. Among the contest languages, only German is not an official language of the UN.

As expected, professional linguists (or those training to be) dominated the contest. Guillaume Deneufbourg is a freelance translator who also won the 2017 SGDL Literary Translation Award. Daria Bogatova is a student of the Minsk State Linguistic University. Julia Pozuelo Menéndez is a student of the Salamanca University.

Matthew Mogulescu Ross, Rachel Echeto, and Magdalena Kotzurek are students of the Middlebury Institute of International Studies, while Zilin Cui is an alumna. A bit of an outlier is Shuang Li, a research student at MIT who works on computer vision and natural language processing.

Middlebury graduate Zilin Cui told her alma mater that she “enjoyed working through the intellectual challenge of finding the right tone and expressions to convey the meaning and the sarcasm in the text in a way that speaks naturally to Chinese readers.”

The UN has held the St. Jerome Translation Contest annually since 2005 to commemorate International Translation Day, which is celebrated every year on September 30.

The competition is open to students of universities that have a Memorandum of Understanding with the UN, or partner universities, as well as current and former employees and interns who worked at the UN.