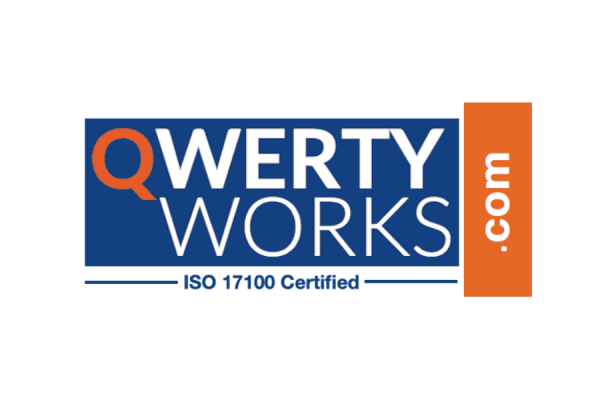 One of the industry’s longest-operating Multi-Language Vendors has chalked up another “first” amidst unprecedented circumstances.

QwertyWorks has been certified to be compliant with the ISO 17100:2015 standard after a rigorous audit process conducted during the prevailing global Coronavirus pandemic.

Established in 2001 in Manila, Philippines as one of East Asia’s pioneering Language Service Providers, QwertyWorks’s ISO 17100 certification covers all the aspects of its entire Translation operations, which today spans more than 80 target languages delivered by its native-speaking local teams found in more than 60 countries worldwide.

While it has long been compliant with translation industry standards such as the EN 15038, QwertyWorks was scheduled to secure ISO 17100 certification in 2018 but decided to prioritize the launching of ToEnglish, its third business unit which specializes in backtranslations from various source languages into English. ToEnglish capitalizes on the inherent advantage of the Philippines as a go-to global hub for English-language Knowledge Process Outsourcing (KPO), augmented by QwertyWorks’s two decades of track record in fulfilling complex projects with timely delivery that’s anchored on the well-known Filipino talent for genuine customer care and dependable project management.

QwertyWorks founder and CEO, Jake Irwin Estrada, recalls: “We never took anything for granted during the audit process as we were well aware that our own experience and familiarity with the processes could lead to overconfidence and complacency. We reckoned that operating 3 Business Units meant that we had a 3x greater likelihood of failure since the auditors will be scrutinizing compliance for each of the processes of Touchbase, TeamGlocal and ToEnglish. When the coronavirus pandemic hit in March, we were already deep into our preparations as lockdowns were enforced in the Philippines and in most of the countries where our teams operate. As we had to send out nearly all of the full-time employees in the QwertyWorks Building on remote work arrangements, there came this sinking feeling that the audit results might not reflect our actual capabilities and performance.”

Jake was again ready to postpone the company’s ISO bid, as the obvious priority was health and safety. He adds, “I spoke to the teams and told them we can have another go next time, but what I got from them instead was this energizing vibe that they won’t let themselves be defeated and that they were eager to make things happen. I’m used to seeing this level of commitment come from them while at the office, but to witness this hunger and drive even while they’re on home quarantine made me realize this was their battle to wage and to win — it was all about the teams, not just one person or a few.”

QwertyWorks went on to have its audit sessions conducted despite having only less than 50% of its key workforce reporting to the company’s own office building in greater Metro Manila, with the rest of the audit participants logging online through teleconference.

When the audit’s successful findings was announced in early-September, it affirmed what its clients knew all along: QwertyWorks delivers high-quality translations, editing and proofreading using native, qualified and experienced professional linguists through a rigorous project management process that adheres to all the industry prerequisites for tools, technology and customer satisfaction — whether it’s a project for English into Filipino, Chinese into English, or English into French, among others.

In these testing times, it was one Positive result that gave cause for celebration to all of QwertyWorks’s 400+ full-time employees and local experts across 6 continents.

QwertyWorks, with offices in Asia (Manila), the USA (San Francisco) and the UK, is a privately- and Filipino-owned LSP whose subject matter specializations include Health Care/Life Sciences, Government, Digital Media and Marketing/Advertising.