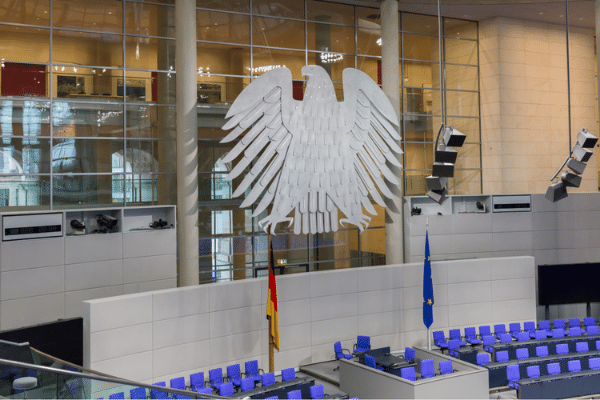 German translators and interpreters (let’s collectively call them “linguists”) working for the judicial system will get a new set of standardized rates beginning January 1, 2021.

The German Bundestag (Parliament) on November 27, 2020, passed an amendment to the country’s Judicial Remuneration and Compensation Act, the regulatory structure governing fees of legal professionals, including linguists. Rates are typically adjusted every 7–10 years.

The updated pricing structure is a big deal because it applies to a large segment of the country’s linguists. According to UEPO.de, a total of 24,997 linguists are currently listed in Germany’s national database of court translators and interpreters. UEPO estimates the total number of professional linguists in Germany to be between 40,000 and 45,000.

From January 1, 2020, hourly rates for court interpreting will go up to EUR 85 from the previous EUR 70–75 range. In an early draft by Germany’s Justice Ministry, the rate was set at a higher EUR 95, but it was gradually lowered as the Act made its way through parliamentary debate.

For translators, rates were increased from a range of EUR 1.55–2.05 per line (depending on text difficulty, file format, and other factors) to EUR 1.80–2.10 per line (one “line” equals 55 characters including spaces, which translates to a word price of EUR 0.20–0.25, although an exact conversion is difficult). Linguists working between 11 p.m. and 6 a.m. will be able to add a 20% surcharge. Travel costs will be reimbursed at EUR 0.42 per kilometer.

The reaction of Germany’s Federal Association of Interpreters and Translators (BDÜ) was swift and critical. In a statement, the BDÜ said it was disappointed with the outcome. The association’s Vice President, Ralf Lemster, had lobbied lawmakers intensively in the months leading up to the decision.

In addition to its criticism of the new rates, the BDÜ said federal lawmakers missed an opportunity to do away with framework contracts put out by Germany’s Länder (i.e., States) that often undercut federal minimum pay rates.

The continuing existence of state-level framework contracts was criticized by both the left-wing Green Party (i.e., that it pressures linguists to accept low rates to avoid being excluded from frameworks) and the free-market Free Democratic Party (i.e., that it may lead to highly qualified linguists abandoning the judicial sector).

Lemster of the BDÜ told Slator that the decision once again highlights how the respect for linguists, often expressed by politicians, falls short when it comes to providing adequate compensation.

The updated law passed in Germany with votes from the center-right CDU/CSU and the left-leaning Social Democratic Party.