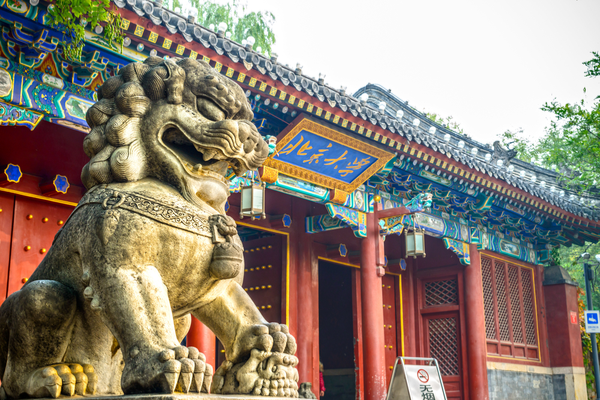 The Boya Salon is a non-profit organization set up in 2009 and hosted by Peking University within its premises. The core members consist of tertiary institutes offering a Masters program in Translation and Interpreting and major language service providers (LSPs) from China’s northern region. SDL stood out as the only foreign entity who is a member of the Boya Salon.

The Boya Salon organizes an annual forum to promote sharing of knowledge and discussion between translation institutes and the language service industry. Each annual forum is usually jointly organized by one tertiary institute and one private enterprise from the Salon’s executive committee.

The theme of this year’s forum was “Building the Multicultural Community of a New Era”. Professor Liu Shusheng, Deputy Dean of the School of Foreign Languages, Peking University, opened the Forum in the the morning, followed by speeches from the guests-of-honor Professor Li Shujing, Party Secretary of the School of Foreign Languages, Peking University, Li Yan, Deputy GM, China Publishing & Media Holdings, and Wang Jihui, Chairman of the Boya Salon’s executive committee. Later that afternoon, three presentations were delivered by invited speakers on topics related to the Forum’s theme.

The forum also provided the chance to conduct a signing ceremony to inaugurate the formation of the “China Culture Outbound Translation Alliance (5+2)”. This alliance comprises five top universities in China,  CTPC, and ELS Education Services Inc. from the US (hence the ‘5+2’ in its name). The aim of the alliance is to contribute to the development of China’s translation education and language service sectors.

The day before the forum, two other concurrent events were also hosted by Peking University. The first was the 2nd “Language Service China 40 Forum” (LSC40). The LSC40 is an annual roundtable started by the Center for International Language Service and Management at the University of International Business and Economics (UIBE) and Peking University’s MTI Education Center. Participation in the LSC40 is by invitation only and largely made up of senior academics and industry executives considered to be experts in language services. The aim and outcome of the roundtable is to build a high-level knowledge base, the content of which are released as white papers or reports after each year’s discussion.

The other concurrent event held on the same day and time as the LSC40 was the “Face to Face with Global Talents in LSPs” forum. This year, members from the local chapter of ‘Women in Localization’ were invited to speak on their experiences. Chen Jie from Welocalize, Wu Haiyan from Pactera, Xu Weili from Netapp, Chao Zhenhui from VMware and Chui Qiliang from UIBE were invited to speak at the forum.

*The Chinese term ‘Boya’ doesn’t quite have a literal translation in English. It essentially alludes to being very ‘learned, educated or cultured’ in nature.

**CTPC is a state-owned company founded in 1973. It is primarily responsible for translating and publishing cultural, political and literary works sanctioned by the central government.