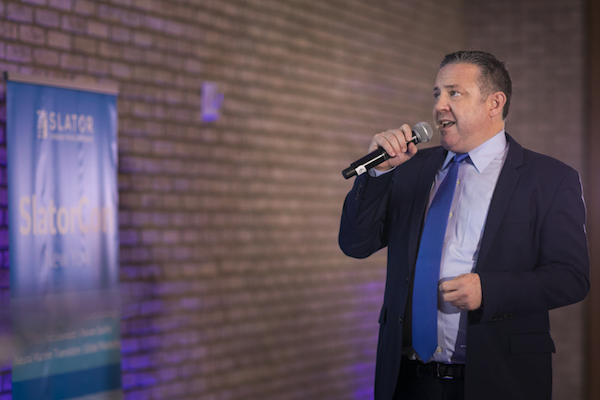 “I’m really honored to do this externally,” said Phil Shawe, the embattled Co-CEO of TransPerfect, as he stepped before 80 senior language industry peers at SlatorCon New York on October 12, 2017. Amidst a bruising three-year fight to retain a stake in the language service provider (LSP) he co-founded 25 years ago with Co-CEO Liz Elting, Shawe shared with friend and foe his maxims on talent and technology that have helped drive 100 consecutive quarters of profitable growth.

Was it a risky move to speak at an on-the-record event run by an independent media firm whose coverage of his company has not always been favorable? Perhaps, but then you don’t drive towards USD 600m in revenue without taking a few risks and Shawe capitalized on the opportunity to do what he does best – sell TransPerfect through storytelling.

Eat Your Own Dog Food

Shawe immediately launched into the challenge of pricing and how to differentiate yourself as an LSP. For TransPerfect, the defining moment early on was to invest in technology. “You can sell people, language and translation at ‘X’ cents a word,” admitted Shawe “but how about selling someone that they can do something cheaper, better, faster, better global brand voice, more consistent terminology, less mistakes. That’s what we’re really selling.”

Following a merger with e-Translate, TransPerfect launched its flagship workflow tool GlobalLink Project Director in 1999 to help its customers cut out the middleman, itself included if the client so desired. Shawe credited Keith Brazil with the decision that TransPerfect “eat its own dog food” and “get on to our own technology.” The system that has generated USD 40m globally in licensing revenue over the past six years also channels USD 500m in services revenue a year.

The second win came in 2005 when TransPerfect launched its website proxy server solution Global OneLink as a SaaS product. ”When you go to Delta Airlines in China and you click on buy a ticket,” advised Shawe “you are not really clicking on Delta servers. You are clicking on our server farm in Asia because we screen scrape their website and recreate it in many languages. They don’t have to do a thing.” Global OneLink has generated USD 30m in licensing revenues over the past six years.

The third win mentioned by Shawe was TransPort, a cloud-based repository and secure file transfer and sharing platform launched in 2013.

Watch Phil Shawe discuss the benefits of running the production and sales functions as separate businesses, and how to grow internationally.

Find the Best, Aligned Incentives, Get Out of the Way

Shawe also stressed that having the right people is key to any successful business. “What makes a great translator or great production person or fantastic technology person?” asked Shawe. “It is so different. What we try to do is put people together from all these different areas and get this ecosystem running together. And that’s what I’d encourage those running a business to do.”

Using technology to underscore the dynamic range between an average and a gifted player, Shawe echoed a 1995 Steve Jobs interview on Hiring Truly Gifted People, “Technology is one of those things where the difference between the best and the worst (talent) could be a thousand to one. If you get those people, find a way to manage them. They have big egos, tough to manage, but motivate them and keep your team. It is hugely important.”

As it turned out, TransPerfect was hit by several senior tech departures in the weeks following the conference. Meanwhile Shawe flowed seamlessly into additional advice on how they improved the back office payment process, incentivized sales people, and drove internal competition at its production centers.

Focusing on sales, Shawe advised, “You align incentives. All of our salespeople are commission-based. They have fairly low draws and there’s a manager. And then this is the hardest thing to do — Get out of the way.” He later added, “No one has to sit there and whip sales to make them do cold calls. The system does that, because they basically control their own pay.”

The touch is so light that the salesperson can often choose which production center to use for their client work. The rationale is that the salesperson is commissioned and therefore has the most to gain or lose on a client project. “It drives internal competition in healthy way and builds a team spirit,” claimed Shawe. “I would describe the system we use at TransPerfect as controlled chaos. We sell technology, we sell services. We sell both as a solution. And that is a great way to go into it.”

Change for the Customer

Shawe closed with two areas of growth that he thought LSPs could look towards: Security and Connectors.

With more cyber attacks happening everyday, Shawe felt that secure solutions and ecosystems were vitally important. He highlighted that TransPerfect was focusing on areas like viruses on the translators’ computers and ensuring client files never leave their server. He encouraged the audience to do the same.

For a copy of Phil Shawe’s presentation, register free of charge for a Slator membership and download a copy here. 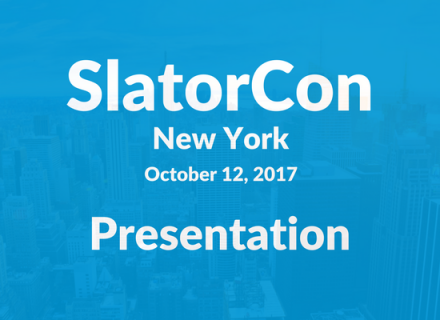 Join us at SlatorCon Zurich on December 5, 2017, for more insights from a top leader of a global LSP. Adolfo Hernandez, CEO, SDL will be speaking about corporate transformation and growth. Prior to SDL, Adolfo was CEO of Acision, the mobile messaging market leader, where worked for two years to help turn it around prior to its merger to Comverse to form Xura, Inc.