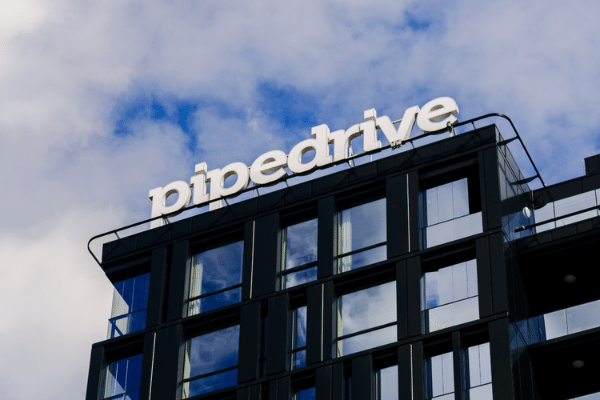 Sometimes starting small can pave the way to going global. For Estonia-based CRM platform Pipedrive, thinking about localization at an early stage was necessary to break out of its home market and accelerate growth.

Ten years after Pipedrive’s 2010 founding, it seems that this was a smart move. Pipedrive now has over 620 employees, offices in seven countries, and over 90,000 users worldwide. The tool has been localized into 16 languages to date, with two more expected to be released very soon.

Pipedrive decided it would be most effective to localize both its website and its product, Edwards said. “As a cloud-based, software-as-a-service platform, all of our customers will come to us through our web page,” he explained.

Once there, he added, “we felt, in Pipedrive, at least, that it was not a good idea in setting customer expectations and disappointing customers when they sign up through a language that’s available on the website and discover that the product itself is only available in English.”

“We’re not going to discount a language just because the market has a perceived high level of English language proficiency, but it might sway the decision if we’ve got two equal markets, and one is slightly less proficient in English than another,” said Edwards.

Having chosen the content to be localized and the target languages, Pipedrive’s localization strategy operates on four pillars: outsource, automate, manage, and scale.

For Pipedrive, the principle of outsourcing applies equally to language services and to translation management systems (TMSs).

“Our developers are very talented here, but we want them to focus on building a product that solves our customer’s needs,” such as core sales and CRM software, Edwards said. Instead of building a TMS or internal localization workflow from scratch (as, for example, Verizon Media has done), Pipedrive settled on the external platform Crowdin.

Two in-house translators localize content for two of Pipedrive’s biggest markets, Germany and Portugal. The remainder of the work is handled by a language service provider (LSP) in Estonia, selected after a less-than-ideal experience with an LSP located “on the other side of the world.”

The choice of a home country-based LSP underscores again why the geographic location of a provider remains a key differentiator in the language industry despite its seeming fully virtual operating mode. Edwards said that Pipedrive’s translations need to be done well and on time, defined by Pipedrive as before a product release.

According to Edwards, “It’s not necessarily the case that we want something translated immediately. We can wait a week, two weeks, a month, put something out in beta mode, allow customers to test it.”

Pipedrive concluded that it would be a waste of time and resources for translators and developers to copy-paste texts. Experience has also shown that such manually managed translation processes are particularly vulnerable to human error.

“Developers or copywriters will go in and fix some text very, very quickly, will break the translation, and suddenly this is showing in English for I don’t know how many months,” Edwards said. “Whereas if everything’s automated, we don’t have to worry about that day-to-day check-in and maintaining the webpage.”

Pipedrive addressed the issue by building “Send and Fetch” automation into Pipedrive’s deploy feature. Thanks to this function, Edwards said, “every developer who’s building a feature has to send texts to the translation management platform, without even realizing that they’re doing it.”

Automation, he said, both cuts down on the back-and-forth between translators and developers while freeing up the localization team’s time for more important tasks.

The last two pillars of Pipedrive’s system, management and scale, go hand in hand. Edwards’ team, he explained, manages, improves, and tweaks the localization process so that it is scalable in the future, and other languages and additional content can be easily integrated.

“Scale” might mean localizing new content for an existing market  —  content such as blog posts or an expanded knowledge base for onboarding  —  or expanding into other markets and languages.

“It’s our job to kind of steer them into producing texts, which are localizable to have the best output”

For some services, such as subtitling and voiceovers, Pipedrive relies on its LSP, while an experienced in-house staff handles others, such as the SEO carried out by the marketing team. The goal in both cases is to grow Pipedrive’s visibility and reach in different markets.

Communication is key in managing to scale, Edwards said.

For translators, this means giving as much context as possible when assigning a project, and providing customer feedback afterward on how translations could be improved.

The localization team also helps developers “understand the pitfalls and the potential problems linguistically that they might come across, so things like case endings, grammatical, gender, adjectives  —  these are things which developers might not consider when they’re creating their code; they’re obviously thinking about the most optimal solution for coding,” Edwards said. “It’s our job to kind of steer them into producing texts, which are localizable to have the best output.”