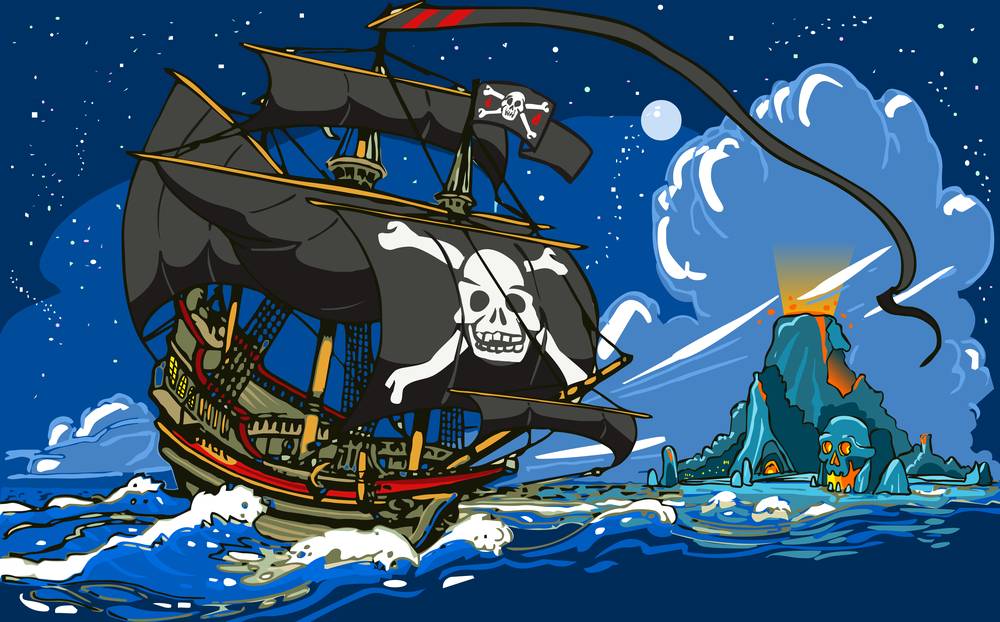 There’s a rogue translation niche in the underbelly of the huge gaming industry. It’s a space where fans and groups of fans who know how to release game translations typically through modifications (mods) and game patches are voluntarily and without permission translating and localizing games and releasing them to the public.

Slator peeked into this shadowy world when we got in touch with a fan translator who translates and localizes select games. We asked our source about the niche and its inner workings based on experience, and we were shown a complicated “grey area” where fans translate for the love of games, publishers sometimes pursue legal action, and the space itself is huge and ever-growing. This appears to be the case at least when it comes to the Japanese to English translations based on our conversation with our source.

Slator will be protecting the identity of our source throughout the exchange below.

Slator: Fans have been “modding” for its own sake for years now, mostly because they love the games they mod and they want to share it with others; is this the same reason for you? You don’t get any monetary compensation or royalties for this, do you?

Respondent: Speaking of modding, I’ve actually done a bit of that myself. Before I started translating, I worked on a bunch of video game mods that you can find on my moddb* profile. As for why, it served as a hobby of sorts to pass time and to also allow myself to try my hand at creating something of my own. Translating is the same at least for the former, but why I do that for the most part is because I myself am interested in those kind of games. It’s more a personal undertaking than doing it for the sake of others.

However, all of it is done at our own expense because there is no monetary value in undertaking such a project.

And while a lot of people may have a donation button, that’s not to say people actually donate since the work that translators do will be released regardless. Then again, donations are always small so it’s nothing in comparison to if one was actually paid to translate a video game. In short, there is no monetary gain. More like humanitarian work if you ask me, though.

*moddb is a website for games and mods development for Windows, Linux, and Mac.

Slator: In your experience, how big is this ecosystem of modders and groups of modders translating and localizing titles and releasing patches when they can? What sorts of games are usually translated and localized?

Respondent: I would say that it is very big because at the moment, there are various communities and forums which allow those who release video game translations to present themselves and allow a greater audience to gain access and know about it. ROMHacking** is an example but that’s mostly for older systems like the NES [Nintendo Entertainment System] and such. However, new translations are coming out monthly (maybe even weekly) and who knows how much new ones start up every month. On what sort of games? Well, that generally depends but it’s mostly visual novels*** and retro NES style video games. Though most of those are games that people have cherry picked.

**ROMHacking is a website for news, documents, and utilities related to ROM translation and hacking.

Slator: Have you ever encountered any legal concerns such as game publishers claiming copyright infringements? Is there any sort of official relationship between fan translators / groups of them and game companies / publishers?

Respondent: I myself have never, but I have heard of other groups who have had to stop their translation projects due to copyright and such. It’s mostly due to Japanese companies seeking them out or if it is brought to their attention.

They view it as a form of pirating their works.

Slator: Do you (or other people or groups who do what you do) ask permission from game publishers or companies for the work that you do? Are there any specific clauses in game copyrights that you know or have heard of that may regulate fan translations and localizations?

Respondent: That’s a really bad idea since if it is a Japanese company, then they would issue a DMCA Takedown and you would have to remove and stop it. Though if it is a Western company that is more lax on rules and regulations like MangaGamer, then they would probably ask you to work with them instead. On copyright, there is no protection, but people release their translations through patches so the files they upload are not the game itself, so it’s in more of a moral grey area. I’m unsure, I’ve never really researched that part myself.

Slator: Aren’t you guys doing these companies a small favor? Though of course they don’t directly earn more from what you do, but by extension you bring their titles in front of a wider range of audiences. Have any game publishers / companies ever reacted to what you do — positively or negatively? Did they condone and applaud the effort or otherwise?

Respondent: Well, actually, we are not doing publishers a favor. It is technically affecting the sales of a potential offical license since anyone already interested in said game would have already played it, presumably illegally. Furthermore, it hurts the chance of more games being brought over since sales and profits of previous games will have to be taken into consideration. However, as an example, MangaGamer has expressed that if fan translators are interested in a game, then they should contact them first since it would affect certain games they would license for the above reasons. In short, they do not condone any fan translations since it affects profits and they gain access to it through illegal means. And while they may use fan translations sometimes, it still had already hurt potential sales and profits. Also, I haven’t had any encounters with companies or publishers yet. Let’s hope not.

Slator: How much demand is there for game translation and localization, in your experience and in this niche where you operate in?

Respondent: Depends, really. But I would say that there is a large demand for games from all systems since not all were brought over [to the West] and a lot of them are Japan-exclusive. It was niche maybe 10 years or more ago, but since then a lot more translators have appeared and it is ever growing. Furthermore, visual novels are no longer a niche medium. Tons more people have been reading / playing them in recent years and it is becoming rather normal. MangaGamer has been pushing them into the Steam [online game store] market lately, and from what they have said, it is a major success. Though what I work in yields rather low results, with download counts under 1000. Also, just to note, a lot of people seem to be translating more porn games (eroge) than actual games since they generate more interest and downloads.

This niche of fan translations and localizations operates in a complicated manner.

Fan translations often go through mods and game patches, and there is no standardized way of managing projects like this nor is there a governing body to regulate them. Often, the source material to be localized is obtained illegally through piracy or other means. It is then either hacked or modified, which already defies intellectual property rights, or left as is and a patch is released to render the localizations made in-game. On one hand, games and visual novels receive free translations, but on the other hand, it actually affects their sales.

The disparity between how Western and Japanese companies handle these issues is also quite apparent from our exchange with our source. This space appears to be growing, and is already a busy niche though often focusing on titles that publishers may not deem worth localizing.