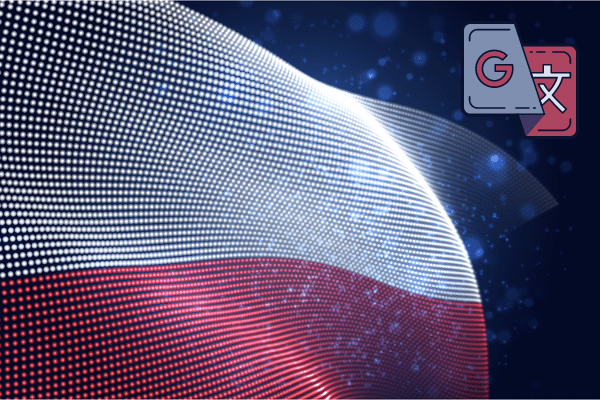 A court in Poland has set a precedent of sorts by weighing in on the use of free machine translation (MT) tools such as Google Translate and what constitutes a “professional translator.”

The ruling, handed down last summer, was the subject of a February 8, 2021 article penned by Wojciech Woloszyk, lawyer-linguist and CEO of legal translation specialist IURIDICO. Woloszyk was called as an expert witness by the court.

To Woloszyk’s knowledge, it is the first Polish judgment referring to a free-to-use MT tool in the context of confidentiality, IP rights, and the liability of a language service provider (LSP) in supervising the quality of a translator’s work.

An LSP had brought a client to court to seek payment for translating a book from Polish into English in 2013. The client refused to pay the LSP, saying that the translation was not only delivered very late but also with a quality so low that a second LSP had to be hired to do the job right.

The LSP had hired a translator who did 92% of the translation using Google Translate, post-editing the output (a.k.a PEMT or MTPE). The remaining 8% was translated using a translation productivity (CAT) tool. (At the time, the translator was a fifth-year Computer Science student who had won a national English language competition for high school students.)

The LSP and client had agreed that the translation would be performed, as Woloszyk explained, “by a professional translator and edited by a native speaker,” who had special knowledge in the field, and “the translation output was supposed to be fit for professional use.”

In his testimony as an expert witness, Woloszyk said the translation delivered by the claimant LSP had “numerous linguistic errors, with some parts left untranslated,” and the final output was, basically, not what one would expect of a text intended for publication. The court agreed with Woloszyk, dismissed the case, and ordered the LSP to pay for the cost of the proceedings. The case is currently on appeal.

As Woloszyk eloquently pointed out, “Even though the profession of a translator (who is not a certified/sworn translator) has not been regulated by Polish law-makers, this does not mean, however, that each person who does a translation in exchange for money may be called a professional translator. The fact that there is no legal definition does not open the way to unrestricted discretion in construing a given concept.”

Furthermore, if the LSP knew a free MT tool was used for the task, the court said it could mean “a gross violation of professional practices and a possible violation” of the client’s intellectual property rights.

Slator reached out to Kimon Fountoukidis, Founder and Chairman of Krakow-based LSP Argos Multilingual, for his take on the ruling. He said, “MT has come a long way since 2013,” when the translation in question was first delivered — “and so has Google’s Terms and Conditions. The current paid access to GT allows us to protect our clients’ data.”

We also asked, Krzysztof Zdanowski, CEO of Poland-based LSP Summa Linguae Technologies, about the commercial implications of such a ruling. He said, “I think it might impact the local market in two ways, both very positive in my opinion,” summarized as follows.

Zdanowski told Slator, “I find the local market to be extremely ignorant and this case proves my point. Local LSPs tend to freestyle with public MT. I hope this case will put MT into the spotlight, push LSPs to offer professional MT services and make it less of a taboo for clients.”

He added, “Unfortunately this thing has gained very little attention in Poland — only a small group of industry peers have noticed.”

Argos’ Fountoukidis appears to confirm this view. He said, “Lots of noise as far as I am concerned.”