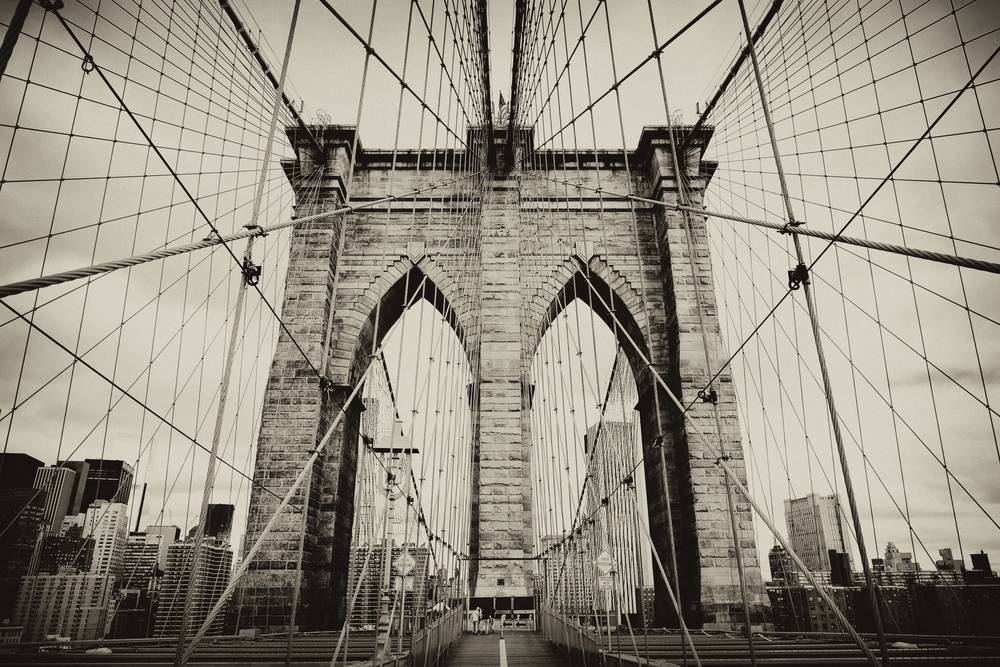 Historic Brooklyn Heights in New York was the site of the eighth annual Language of Business Conference organized by the Globalization and Localization Association (GALA). People from the global language industry gathered together from March 20–23, 2016, surrounded by sweeping panoramas of downtown Brooklyn, which had, like the industry it hosted, undergone recent transformations.

Highlights of the sessions at GALA 2016, which was said to be the largest of the series with some 420 attendees, included Chris Wendt, who heads Microsoft’s Machine Translation team (Bing Translator, Skype Translator) and who spoke to Slator in February about the new AI-enabled customization features of Microsoft Translator.

This time, Wendt talked about how, with P3 (Post-Publish Post-editing), business intelligence can determine if machine translation needs post-editing. Discussing use cases, he showed how to publish immediately using stored translation, observe audience impact and SEO, and then perform targeted in-place post-editing of content the BI says needs edits.

“Abolish the per-word pricing model,” said Tuyen Ho in another session. The VP for Corporate Development at Welocalize talked about how per-word pricing stunts innovation and growth. Participants were asked to consider alternatives and talk about new models that could benefit both buyers and suppliers.

Meanwhile, Schneider Electric Localization Manager Stanislav Kalianov asked, “With crowd and cloud, who needs LSPs?” Kalianov, who has worked in localization, from Apple to Lionbridge to McAfee, spoke about a crowd localization project, which used a private cloud on a continuous build of an application. It had fully-automated file management and language review done on a live, working application. The project leaders saw no need for an LSP, localization engineer or QA, BDM, project manager or account manager. The audience (mostly LSPs, of course) was asked to consider, however, what limits crowd localization had.

Aside from the 40-minute breakout sessions above, there were also the so-called “master classes,” which ran for 90 minutes. Here are two we found interesting.

Chris Raulf, founder of boutique online marketing agency Boulder SEO Marketing, said that simply localizing a website no longer works and LSPs needs to offer ISEO (International Search Engine Optimization) as a value-added service. He spoke about how international and multilingual keyword research works and gave the audience an overview and technical considerations of the ISEO process, as well as the tools and technologies that support it.

Another popular module had to do with “Test Driving Remote Interpreting Platforms.” The class was handled by conference veteran, technophile, and Middlebury Associate Professor Barry Slaughter Olsen, ZipDX LLC Founder David Frankel, Effectiff’s Alex Leshchinskiy, and VoiceBoxer CEO Sergio Llorian. They presented the latest remote interpreting technology platforms, demonstrated how they worked, and showed participants how to take advantage of them to expand the service offer.

The collegial atmosphere at GALA 2016 was conducive to peer-networking and dealmaking, as a broad range of new and familiar industry players worked the conference breaks, GALA dinner, and exhibition room.

The drive for organic development and acquisition led growth, geographic expansion, and globalization; and the use of evolving technologies featured in most conversations where Slator was present.

On the sidelines, Slator spoke to Lionbridge, represented by Elena Persiantsev, Director of Global Program Management, and Ana Sanchez, World Wide Sourcing Director for the Americas.

At the Gala dinner, we chatted with TransPerfect’s Benny Orr and Thomas Pennell of Pennell Venture Partners, who both facilitate acquisitions, as well as Memsource Sales Director Josef Kubovsky.

We spoke with MorphoLogic (Globalese) CEO Gábor Bessenyei very briefly at the cocktail reception, as well as Cetra CEO Jiri Stejskal, who said they now have a staff of 40 in seven offices.

Also at the cocktail reception was Edimart Managing Director Márta Balázs. Based in Hungary, Edimart has a staff of 50, all in-house, and are expanding into Western Europe.

Slator also briefly met with Ana Boisteanu, CEO of Wordminds; as well as Véronique Özkaya, Chief Sales and Marketing Officer at Xplanation, who was with Anthony Rowan, their new account manager developing the US market.

We dropped by the booth of online payment tool Transpay and chatted with Digital Marketing Manager Christina Wu about their recent market growth. At the Easyling booth, we chatted with CTO Balazs Bender, who shared some of the company’s recent LSP client wins.

We also spoke to Lester Korbley, Director of Sales at Toronto-based non-profit MCIS about their long history; as well as Miloslav Skovajsa, Senior Business Development Manager at EXE; and LocWorld Principal Ulrich Henes.

Slator also met Danbi Kwak of the International Marketing & Operations Team at Hansem Eug, a 50-person firm that specializes in English and German inbound translations into Asia and focusing on Korea, China, and Vietnam.

While networking in the exhibition hall, Slator met Straker CEO Grant Straker. He said the New Zealand HQ is expanding its global footprint using sales growth and the USD 4.8m raised in late 2015. Straker now has 150 employees plus an extensive freelance network.

Slator met the Arabize team led by Founder and CEO Manal Amin and Client Relations Manager Maii Abdel-Wahab. With over a hundred staff based in Cairo and some in Alexandria, they are expanding internationally now with young sales offices in Zurich and Boston.

We also spoke briefly with SDL Business Development Manager Kevin Tuite, who looks after the East Coast markets; as well as the trio from 1-StopAsia: German Department Director Robin Sung, EU Business Relationship Manager Gabriel Nagy, and Client Relations Associate Jessica Tarr. 1-StopAsia is an LSP founded in Korea and now headquartered in LA, which does mostly US to Asia inbound translation.

Overall, we found GALA 2016 a productive way to engage a wide range of industry players and develop new business opportunities.

In his closing keynote, industry stalwart Renato Beninatto, VP of New Business Development and Marketing Communications at Moravia, said about the industry, “We are reaching maturity and we have some signs of that. I envy you young business owners because you have industry associations, like this (GALA), you have consultants, you have a research company, Common Sense Advisory [Co-founded by Beninatto–Ed.].”

Beninatto continued, “You have media specialized in this industry…this new, exciting newsletter, Slator.” [Thanks! We also have a website that goes well with the newsletter.]

“If you’re not following (Slator), I strongly recommend that you subscribe to it, because I advertise in there,” he added, drawing a roar of laughter from the audience.