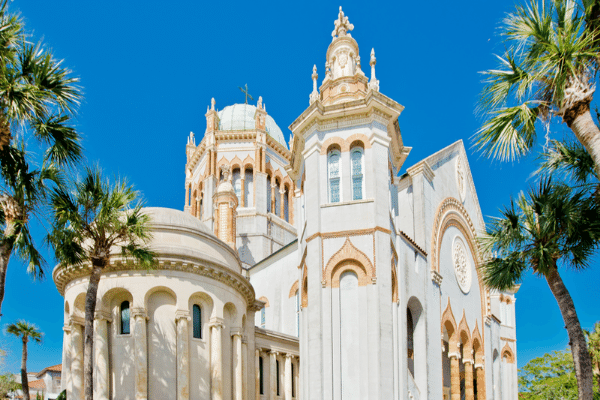 “This was part of a larger effort by the Church to break down structural racism and achieve greater racial ethnic equity,” according to Jason Raff, Global Language Resources Manager at PC(USA). Raff was hired in the fall of 2019 to serve as the organization’s localization manager.

Prior to 2019, PC(USA) had “limited translation services in place, but no developed infrastructure,” Raff said, adding that one team member, Stephanie Vasquez, “was the lone Spanish translator for the entire [organization]! She did — and does — a heroic job, and much of my planning has revolved around getting more support for translation services generally, and for her specifically.”

Raff said they are currently in search of “full-time, in-house linguists in both of the above pair-directions (i.e., Korean and Spanish), who will start remotely with the expectation of relocating to Louisville, Kentucky when conditions allow.”

He said that, although they currently do not use machine translation, they are “exploring focused PEMT” (post-edited machine translation) for such content types as the Church’s official news agency, the Presbyterian News Service.

“PC(USA) is very demanding about its approved terminology, and some term translations are unorthodox from a generalist perspective. We would not be opposed to working with an LSP, though, especially for more specialist pairs”

On the interpreting side, Raff is currently coordinating live simultaneous interpreting services from English into Spanish and Korean for the Church’s 224th General Assembly in June. Due to coronavirus safety concerns, this year’s virtual GA will be held entirely on Zoom, with the interpreting team working remotely using the recently released Zoom interpreting feature.

As for scaling the language services his team offers, Raff shared how he “was really inspired by the approach that ASICS Director of Localization, Alessandra Binazzi, described in her interview with Slator a few months ago,” adding that, “in the long term, we will be exploring a similar approach of resourcing both domestic and overseas congregations with centralized tools and know-how to empower local stakeholders to manage their own localization efforts.”

Asked about their localization approach, Raff said they mainly rely on internal linguists combined with a pool of trusted freelance contractors, and “would not be opposed to working with an LSP, though, especially for more specialist pairs.”

Raff pointed out how “PC(USA) is very demanding about its approved terminology, and some term translations are unorthodox from a generalist perspective.”

“Spanish and Korean represent the two largest language user groups. We do occasionally translate into other languages, and there is an identified need for more resources in East Asian, Southeast Asian, African languages and Arabic”

He explained, “We tend to keep church constitutional content in-house because it is highly specialized. We are also careful about theological content, because it can be tricky for non-theologians, or even theologians of other denominations. The Church even has an ecclesiastic judicial system for dispute resolution whose content closely resembles secular legal content, and so requires a specialist touch. We frequently contract out content of a more general nature, such as news stories, or specialist content in competency areas that our staff does not have, such as our annual audited accounts.”

After English, Spanish and Korean represent the organization’s two largest language groups. PC(USA) does, on occasion, translate into other languages. According to Raff they need more resources in East Asian, Southeast Asian, and African languages, as well as Arabic.

Raff said that individual congregations often take it upon themselves to translate foundational or constitutional documents into their congregants’ language. “After shoring up our English-Spanish-Korean operation, one of my biggest initiatives will be assisting these groups in applying standardized localization methodologies and running quality assurance processes on existing and future translations in those pairs.”

The localization of pcusa.org predates his tenure, he said, and the site is now undergoing a major overhaul. “We are focusing only on critical web content right now, because we anticipate much of the existing content will get reorganized or removed in the next 12–18 months.”

Raff is advocating “a cloning localization model with the redesign, where the Spanish and Korean language sites have identical layout and localized content using the English site as a pivot.”

He noted, “One really interesting challenge we are studying is developing a ‘circular localization’ model, where some pages of the ES and KO sites are dedicated to original, in-language content that then gets localized to the EN site.”

About their typical translation workflow, the PC(USA) Global Language Resources Manager said, “We stick to a modified ISO 17100 workflow; so there are always at least two workflow steps performed by two different linguists (translation + editing). Sometimes we hand off translations to a bilingual staffer for internal review, and sometimes we lend a hand with DTP processes. Whenever an agency area requests a translation for the first time, or a veteran area requests a new content type, we do a translation briefing to better understand the audience, the goals, the voice and tone, and other requirements before beginning translation.”

They had only just adopted Smartling as their translation productivity (a.k.a. CAT tool) and TMS, but they also tried out several others, Raff said, adding, “I was impressed with XTM, and Smartcat has a unique business model.”

Asked what else he has planned in the midterm, he replied, “In line with our vision of resourcing external partners, we are exploring opening our TMS / CAT tool to Presbyterian organizations like Zephyr Point Retreat to assist in their translation processes. This way, we can leverage our language assets, processes, glossaries, etc. to their benefit, without them having to bear the full cost of their own organizational instance. At their request, we could provide à la carte services such as project management or editing at competitive rates, and their content would already be in our systems.”