Our Europe. Our Languages. Our Multilingual Services. 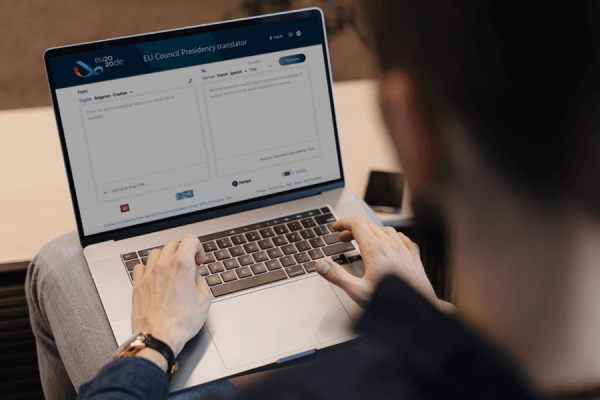 Interpersonal communication is one of the most significant aspects of the human experience and it is something that has become more difficult during the COVID-19 crisis. The current pandemic affects not only the way we work, but it also shapes the current trends in machine translation. It has created huge market disruption by significantly increasing the demand for secure and swift translations.  During the 2nd Connecting Europe Facility (CEF) Conference “My Europe. My Language. My multilingual services” which took place digitally in the “new normal” format of a ZOOM video call, currently trending government language technology – The EU Council Presidency Translator – was presented among the latest innovations for today’s multilingual digital world.

The German Presidency of the Council of the European Union (EU Council Presidency) became the first full-on “virtual” EU Council Presidency and has faced significant challenges with connecting a multilingual and culturally diverse Europe through the means of digital platforms. The German EU Council Presidency is driven by the motto “Together for Europe’s recovery”, however, overcoming the consequences of the COVID-19 pandemic will not be possible without an effective dialogue among all EU member states and their citizens, who altogether speak more than 200 languages and dialects. This means that nowadays mutual understanding and simultaneous actions are more important than ever.

The EU Council Presidency Translator provides a secure online translation platform, which is freely accessible to anyone wishing to translate texts, documents and websites from and into all 24 official EU languages. Translations are processed on secure servers located in the EU which prevents information leakage, data breaches and sensitive user information being passed on to third parties.

In addition to the publicly available translation workspace, team members of the German Federal Foreign Office Task Force Communication EU2020, can access powerful and effective tools, which come in handy in the context of improving intercultural dialogue and inclusive multilingual communication – especially during times when fast and coordinated reactions are necessary.  Authenticated users can take full control of editing their translations by using translation memories, terminology integration and machine translation with a built-in online computer-assisted translation tool. Professional translators can assess CAT-tool plugins to integrate the EU Council Presidency Translator into their professional translation environment. Authenticated users can also access webpage translation widget, which can be quickly integrated into any website to make it accessible to non-English and non-German visitors. For example, the official website for Germany’s EU Council Presidency, which is the main source of information for European citizens regarding the Presidency, has the EU Council Presidency Translator integrated into the website allowing all Europeans to instantly access the content in all of the 24 official languages of the EU.

The tailor-made EU Council Presidency Translator has been used to translate more than 72 million words during the last four months, which is comparable to 941 volumes of Harry Potter books. This substantial usage demonstrates the strong value it adds to the Presidency’s operations at a time of worldwide crisis, facilitating multilingual communication in Europe and making sure that professionals don’t get lost in translation.

The EU Council Presidency Translator Project was launched in 2015 by the language technology company Tilde, which has already supported seven EU Council Presidencies with a unique solution adapted to the specific needs and requirements of each of the countries holding that position over the past five years. Currently, Tilde is cooperating with the German Research Center for Artificial Intelligence (DFKI) and the Federal Foreign Office of Germany to support the German EU Council Presidency on its way to facilitating effective communication, overcoming any remaining language barriers and to connecting multilingual Europe at a deeper level.

The EU Council Presidency Translator makes international communication quick, simple and continues to make governmental institutions more productive. It lays the foundation for safe and powerful technological solutions for the future of a connected and open Europe, where everyone can make a difference. Words are now not only building bridges between citizens but also between governmental institutions. AI-based technologies provide access to information for everyone and together with the German EU Council Presidency they stand side by side to fight for Europe’s recovery. 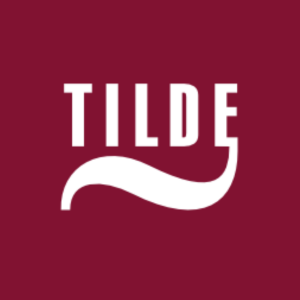