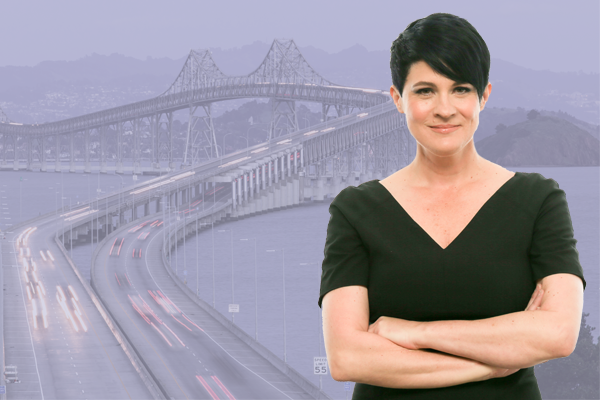 On May 1, 2019, California-based video games and tech services outsourcer Pole To Win (PTW) announced that CEO Deborah Kirkham had been named to the Board of Directors of its parent company, Poletowin Pitcrew Holdings. PTW had previously announced, on March 12, 2019, that Kirkham was appointed CEO at the start of the year after serving as President and COO the eight years prior.

The recent change in leadership followed last summer’s regional restructuring. Kirkham told Slator, “We made the change to our leadership structure because we found we didn’t have the right people in the right roles to allow innovation, creativity, and rapid growth. We are an incredibly close leadership team. We don’t believe that people can be creative when they are scared that failure could mean back-stabbing, so we don’t tolerate politics.”

Kirkham took over from Teppei Tachibana, who said in December 2018 that he would step down as CEO after nearly nine years at the helm of PTW. Tachibana now holds the position of PTW Chairman and remains President and CEO of parent Poletowin Pitcrew Holdings.

“We don’t believe that people can be creative when they are scared that failure could mean back-stabbing, so we don’t tolerate politics”

The filings Slator reviewed did not break out divisional revenues for PTW and only described the company as operating the group’s overseas “Testing/Verification & Evaluation Business” along with this tidbit: “Business for localization and voice recording is increasing for non-game markets.”

Kirkham said localization makes up about 15–20% of PTW’s annual revenue. The company has, historically, focused on localization for the gaming sector and, according to Kirkham, this has allowed them “to develop very robust processes in terms of the localization process itself and […] linguist vetting and quality assurance, and management of the content we produce, and our linguists.”

PTW’s LinkedIn profile states it has “35 studios worldwide and over 4,000 dedicated employees,” and its website lists nine locations in Asia, four in the US, and four in Europe.

As for expansion into localization for other (non-game) verticals, Kirkham had this to say: “Given how the games industry has evolved and continues to do so, overlap with other industries that are adopting a more interactive approach to their business happens more and more. This means there are other sectors that we can naturally support, like e-learning, non-gaming apps, entertainment, and other industries where interactivity with the end user is increasing.”

She noted how “the lines between some verticals are becoming blurred due to progress in technology,” adding that PTW closely monitors such developments and is “making lateral moves to other verticals that fit in quite well with our expertise.”

Engineering Will Drive All Service Lines

Asked whether they are exploring growth through M&A, the CEO replied, “Right now, we are focused on keeping up with the organic growth we have created. We are always open to M&A activities and it will be part of our discussions going forward, but nothing definitive at this time.”

“Indeed VR has had an effect on localization. The technology lends itself to a more visual and aural experience where text is kept at a minimum”

On the rise of gaming technologies, such as VR (virtual reality), she said: “Indeed VR has had an effect on localization. The technology lends itself to a more visual and aural experience where text is kept at a minimum. This is greatly due to the fact that the constant changes in eye focus that would be needed to read text in the VR experience have a detrimental effect to the immersion and could be potentially headache-inducing. As a result, we are finding that while content is localized, it is done so for the purpose of recording, rather than displaying on-screen.”

She pointed out, however, that “the situation with AR (augmented reality) is completely different [because] the changes in eye focus are not as acute but space is at a premium, competing with the reality being ‘augmented.’ So [AR] localization has to be done in a clever way so as to be as unobtrusive as possible.”

The Conversation That Started It

The backstory behind the changes at PTW is interesting. “It started in a conference room at our Larkspur headquarters,” Kirkham recalled.

“I had called in my VP of innovation from London to fill me in on why we had just lost an incredible opportunity with a tech giant. We tried to start a conversation about innovation and our future but found we couldn’t get anywhere on that topic. We were crippled by having the wrong structure in place. So, we tabled the innovation discussion and instead spent the next three days whiteboarding a new structure for the team. That turned into three months and hundreds of hours of discussion with my team,” Kirkham said.

“Finally, one day, I wiped the whiteboard clean,” said the CEO, who sums up her leadership style in three words: Get it done.

“We were crippled by having the wrong structure in place”

She said, “I drew up the structure that I believed would best suit our future. I did not put any names in any of the boxes. Then, I looked at my team. Did I have the right people? Who could step into what role, immediately? Who would need to stretch? And who would need training? It wasn’t until I stopped trying to fit roles to people, and started looking at fitting people to roles, that I nailed it.”

“We have found that our most successful leaders always come from within the company, so we are constantly on the lookout for our brightest stars and we encourage them and train them for bigger things. Our culture is rooted in the belief that we are a family. We guard our culture closely during the hiring process; we identify and cultivate the talent within the company to retain the best people forever,” she added.

On how she rose to a leadership position in the language industry, Kirkham said, “Well, I got my degree in Russian Literature, but that’s not why I’m here today. I have spent 17 years in the product services and gaming industry. I started my career with some of the biggest names in games and fell in love with the pace and creativity of the industry.”

“It wasn’t until I stopped trying to fit roles to people, and started looking at fitting people to roles, that I nailed it”

Kirkham worked in “the publishing side of games” until 2010. Looking back, she said, “I was working for a publisher and I put out and RFP to a product services company. They ended up not winning the publisher’s business. The CEO of the product services company called me up to figure out why. When I articulated why I hadn’t given them the work, they offered me a job running their interactive entertainment division knowing that I could quickly resolve the issues that were preventing them from winning business. Since then, I have been on the product services side of gaming; I love having the opportunity to help tell the best stories in gaming.”

As a leader, Kirkham gives her team “a lot of autonomy and responsibility,” which “also means a lot of room to fail or succeed. I always follow up on ‘get it done’ by asking what my team needs from me. I am very supportive of my team and believe in them wholly.”