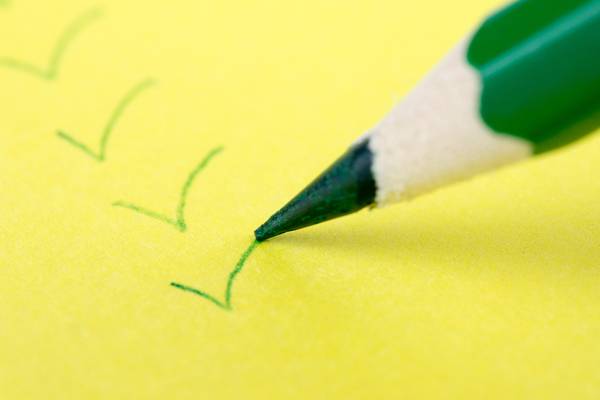 With Amazon officially unveiling Amazon Translate on the last few days of November 2017, Slator asked its readers on December 1st whether the newest neural machine translation (MT) offering will catch on with language service providers (LSPs).

In an interesting move, Amazon pitched its neural MT directly to LSPs, and most of our poll takers said it was too early to tell whether the language industry would take the bait. 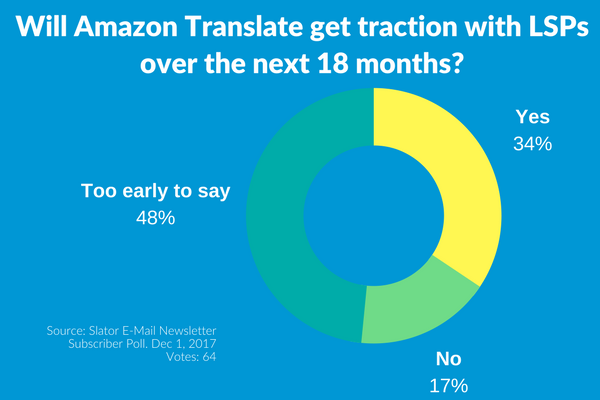 A week later, on December 8th, we wanted to know what Slator readers thought about sourcing qualified translators as the year came to a close. Was it getting easier or harder to find the right talent? 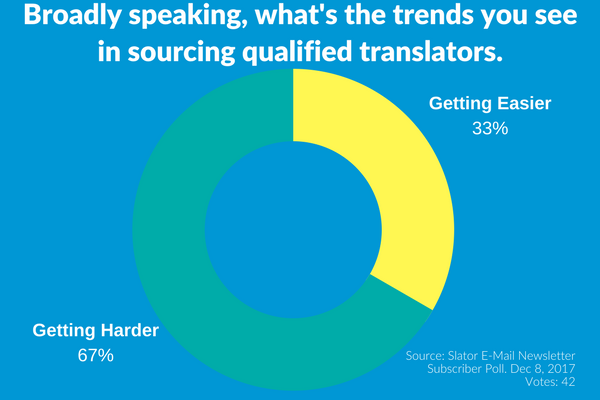 Poll takers are finding it harder to find qualified translators, with two-thirds of the vote saying it was getting harder to source the talent needed. Maybe the EU voted in the polls too, since they seem to be having a really difficult time filling in vacant linguist seats required for the scheduled lifting of derogation status of Irish Gaelic as an official EU language.

Meanwhile, though many poll takers found sourcing talent to be getting harder at the end of 2017, a lot of them also share a positive outlook for the industry at large this 2018.

On our Slator reader poll on December 15th, we asked readers what their outlook was for the language services market in 2018. The majority of poll takers looked forward to the new year with rose-tinted glasses, and only a fifth thought 2018 brought a negative outlook for the industry. 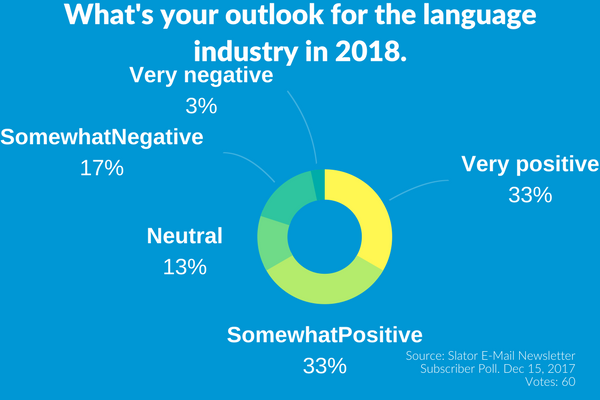 Interestingly, industry peers and leaders we have heard from share this same positive outlook. When neural MT first started to make news, the main concern for translators was its capacity to take their jobs—now we have more positive perspectives on the future of translators. Even Qordoba CEO May Habib looks forward to positive change brought about by language technology.

Finally, on our last poll for 2017 on December 22nd, we asked Slator readers what language industry jobs will be most in demand in 2018. MT experts landed the third spot given the rise and rise of neural MT as a genuine breakthrough, right behind the obvious choices: linguists and project managers. 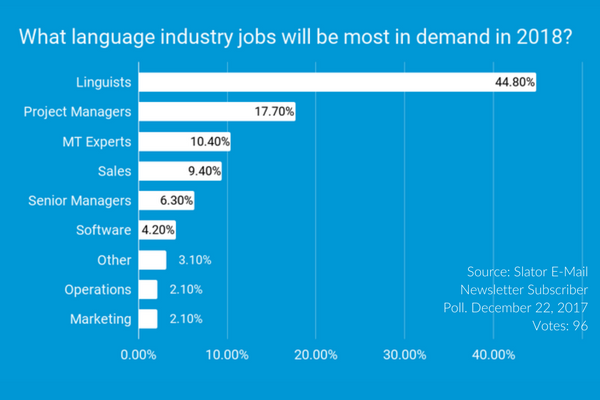 These projections seem to be in line with University of Berkley San Diego’s numbers, as they revealed in a study they found that translation and interpretation was the top emerging career in the US for 2017. Meanwhile, even PhD Candidate at the University of Zürich and textShuttle CTO Samuel Läubli could not deny that MT experts are in demand.

In 2017’s final SlatorCon held in Zürich, during the panel discussion Läubli was asked how busy the neural MT field is currently in terms of research.

“I guess people with a background on MT certainly find it easier these days to find a job… That’s for sure,” Läubli said. He added, however, that the machine learning skill sets of MT experts are transferable to other industries, not just the language services market.