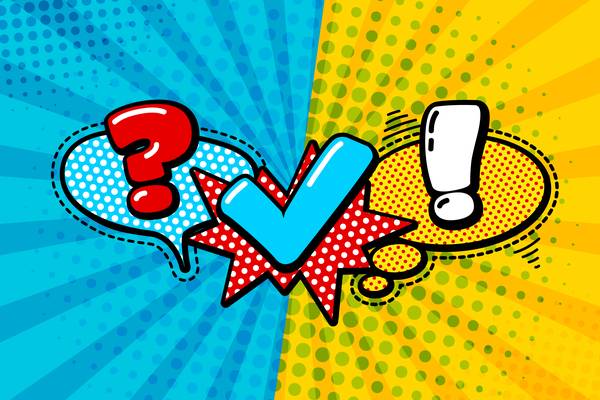 In June, we asked our readers: “Will Amazon emerge as Google Translate’s strongest competitor in the next 18 months?” This was posted in our email newsletter a few days after the media, including Slator, reported that Amazon may be preparing to roll out its own enterprise-grade machine translation (MT) service.

The majority of our readers who participated in the poll (33%) said it is “likely,” while 17% are even more sure of their answer, saying “definitely.” Almost a fourth (23%) of the poll participants completely disagree, while the rest were ambivalent — saying “maybe” (15%) and “who knows” (12%).

If the reports were true, although Amazon did not publicly confirm or deny the news, it would be interesting to see a challenger to Google’s dominant translation service, which was introduced in 2008. 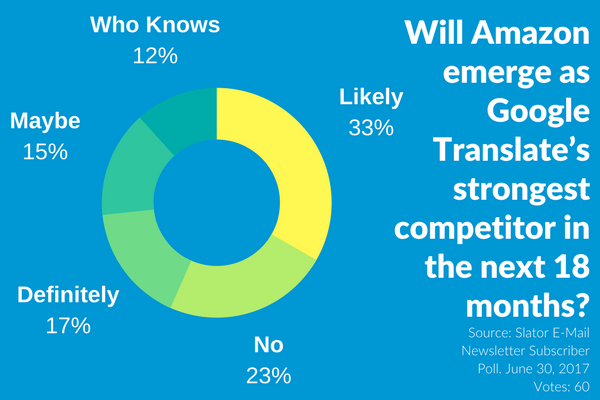 Machine translation has become a proxy in the battle for dominance in artificial intelligence. Technology companies such as Microsoft, Baidu, Facebook and others are working hard on upgrading their translation systems. Facebook, for example, announced in early August 2017 that it completed the transition to neural machine translation.

As it is now, the industry verticals still pose significant barriers to entry for language service providers (LSPs). Life sciences is the industry vertical that Slator readers (33%) consider as the toughest to crack, followed by financial and legal (32%), enterprise IT (11%), and e-commerce and retail (10%). Considered less of a challenge is the industrial sector (4%). 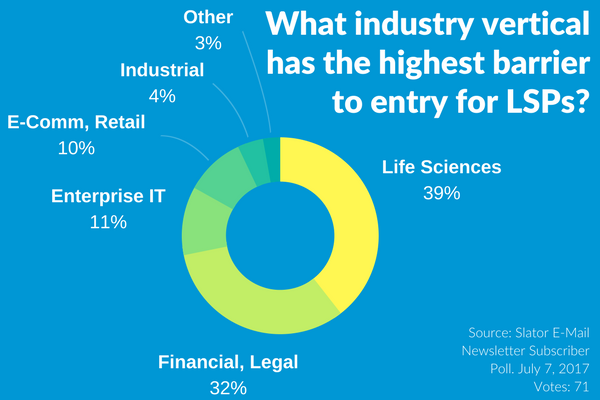 The result of the poll is in line with M&A activity over the past two to three years, where LSPs with a strong portfolio in the so-called regulated industries have been sought after and typically commanded higher earnings multiples at sale. 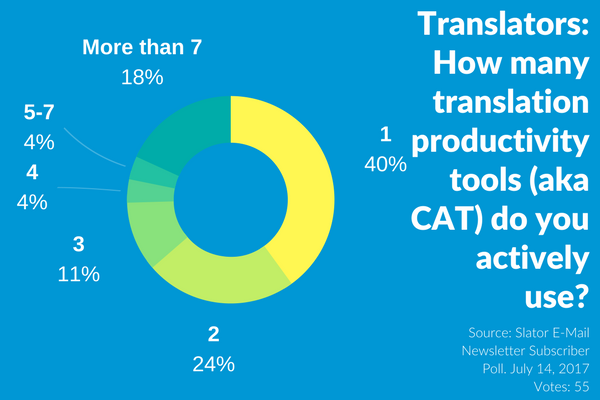 Translators using seven or more tools likely have a very broad portfolio of LSP- and end-clients and are willing to accommodate their clients’ needs.

Lastly, we asked our readers: “Does your country do a good job providing multilingual material, signage, etc., for tourists?” 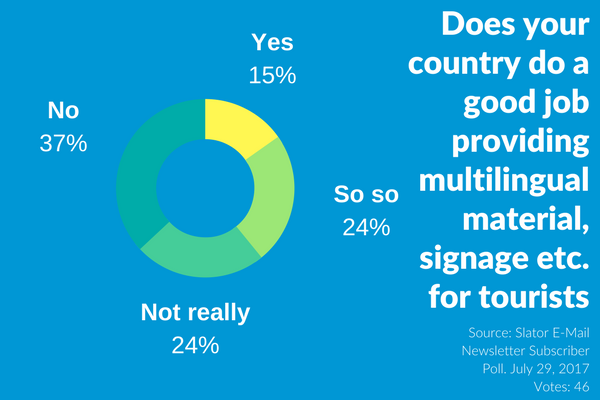 This question followed the news over the hilarious English translations of street signs in China, which led state authorities to announce that a national standard will be imposed on the use of English in public places.

Slator also reported on July 20, 2017, that Chinese tourists prefer travel guides and hotel websites to be translated in their language, but most hotels have not really delivered. At least, not yet.