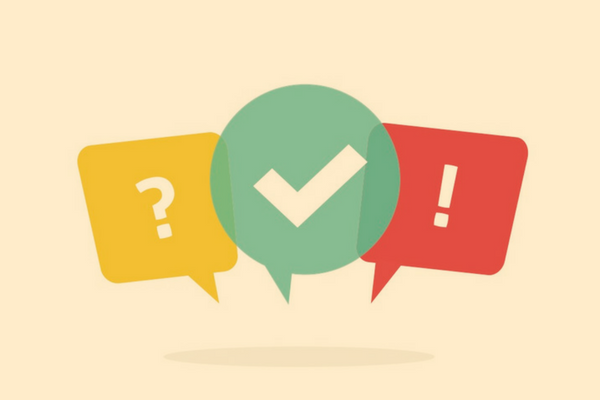 Blockchain technology and cryptocurrencies are booming and will have a lasting impact on business and government in the future. Some say crypto-tech and blockchain-tech are at the stage where the internet was in 1996 with much growth and promise still ahead.

As the prices of bitcoin and dozens of other cryptocurrencies reach record levels, so-called initial coin offerings (ICOs) have become more common as a way to finance all kinds of ventures.

The language services industry got its first ICO in September 2017 from a project called LangPie, which describes itself as an “online translation platform based on blockchain.” We’re still on the fence if LangPie is an outright scam or just a clueless attempt at integrating blockchain tech into the language services supply chain.

Perhaps turned off by Langpie’s example, Slator readers were unimpressed in general by blockchain’s potential in the language industry.

In a poll among our newsletter subscribers, 49% outrightly said no when we asked if they see blockchain technology and cryptocurrencies having a significant impact on the industry in the next three years. 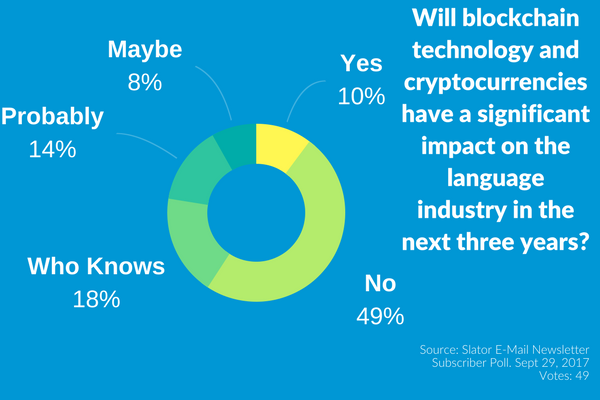 As the industry continues to consolidate, 2017 is fast shaping up as the year of mergers and acquisitions (M&A). Definitely among the biggest transactions this year was RWS’ acquisition of Moravia.

As we experienced strong interest in the story, we sought the opinion of our readers whether they think the acquisition of Czech firm Moravia for USD 320m really makes strategic sense for UK-based RWS.

A majority of the respondents (54%) readily said “yes,” while a fourth (25%) chose to sit on the fences and answered “TBD,” perhaps waiting for the next round of developments. Interestingly, almost a fourth also said outright “no.”

In the meantime, the Moravia brand will be kept for now and the company run as an independent entity, according to RWS. 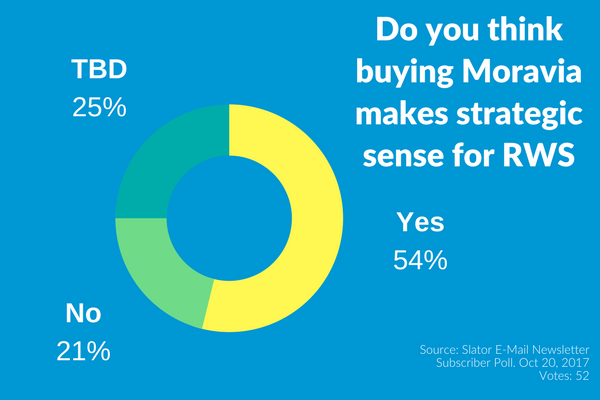 With 22 official languages, India is showing promise as the next translation frontier. And when even a KPMG-Google report recognizes the role of LSPs in the country’s language ecosystem, that confirms the opportunity even more.

By February 1, 2018, mobile phone manufacturers will have to comply with a new government ruling to enable language support for handsets that will be sold locally. As Slator’s article pointed out, the opportunity lies in the expected increase in demand for local content.

So we asked our readers: Will India become a significant language market in the next three years?

Perhaps a deeper probe into the ambivalence of our readers on the potential of the Indian market is needed. 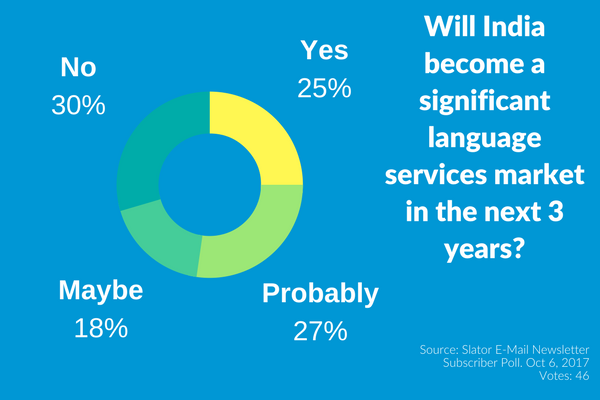 As 2017 enters its final couple of months, we also asked our readers about how business has been so far this year. 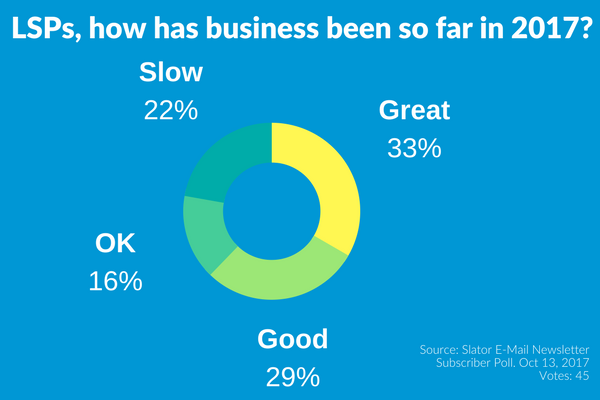 So, at least among those who responded to the poll, business seems to be going fairly well. Let’s hope things pick up even more in 2018.