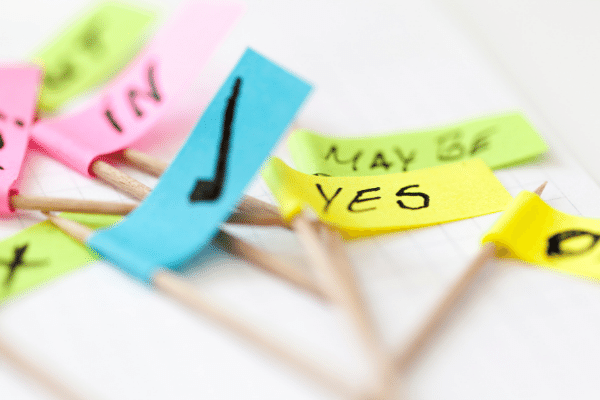 How would you react if you were pulled over while driving and a police officer proceeded to get out a phone to start conversing with you using Google Translate?

This was the experience of one driver in the US. The driver, who appeared to be a person with limited English Proficiency (LEP), was asked by a police officer via the Google Translate app to agree to a vehicle search.

In an October 1, 2021 ruling, a Pennsylvania District Court judge wrote that Google Translate was “not an adequate method for soliciting consent.” The majority of respondents to a recent Slator poll agreed. Asked if B2C machine translation apps should be allowed in government-citizen interactions, about 59% of respondents said “No.”

About a third of respondents (32.8%) said that MT app usage should depend on the circumstance. Only less than a tenth of respondents (8.6%) gave MT apps the green light.

In October, Spain attracted the language industry spotlight, as the Spanish government moved to position the country as Europe’s newest audiovisual hub. Spanish PM Pedro Sanchez announced that EU 11.6bn would be injected into the audiovisual sector through 2025, the goal being to expand the industry by 30%. The move has, of course, opened up new opportunities for media localizers in the face of increasing demand despite (or due to) Covid.

And as the demand for audiovisual content skyrockets, a new trend has emerged; the English-speaking world is embracing content in other languages. Streaming-video-on-demand (SVOD) platforms such as Netflix and Amazon are starting to pack their platforms with more non-English titles.

Dubbing content into English is not without its challenges. The popular Korean series Squid Game recently attracted criticism for the quality of both its dubbing and subtitling. English viewers wondered if they were getting an authentic viewing experience.

As big tech companies such as Amazon look ahead to how MT can generate high quality automated dubbing, we asked Slator readers about their perception of into-English dubbing quality for streaming content in 2021.

Most respondents (70.6%) didn’t have an opinion, choosing to bypass dubbing altogether in favour of subtitles. A small number — 5.9% — thought that dubbing quality was pretty good, while about a sixth of respondents (13.7%) conceded that quality had significantly improved from two decades ago.

About one in ten respondents (9.8%) were not impressed, however, saying that dubbing quality today was “still as bad as a 1990s Kung-Fu movie.”

Machine translation is a thriving area of research. Translators, developers, and researchers are working more closely than ever. But the field can unearth some unexpected findings.

Case in point: a paper from Memsource and Charles University found that, contrary to expectations, it may not be more efficient for humans to post-edit MT rather than translating from scratch. The second striking finding: higher MT quality does not necessarily result in reduced post-editing time.

The relationship between post-editing productivity and MT quality is complicated, the researchers explained. Numerous factors — including the linguists’ feelings toward MT — come into play.

The research also found that linguists have a “clear preference for using even imprecise translation memory matches (85–94%) over MT output.

Translators who took part in Slator’s poll were in agreement. Close to 80% of respondents indicated they would prefer to edit a fuzzy 85% TM match than good quality MT output. Just one in five respondents (23.3%) had a preference for editing MT output.

Meanwhile, researchers in India delved into how MT generates carbon emissions. Language models need a large amount of computational power to train, and translating into German, they theorized based on their investigation, takes more time and is more carbon intensive than translating into French or English.

Slator’s coverage of the paper caught the eye of Kenneth Heafield, a leading MT researcher at the University of Edinburgh. Kenneth guested on SlatorPod in October 2021, to share his thoughts on big tech, a new MT App Translate Locally, and how news outlets should cover research that hasn’t been peer reviewed.

This leads us to the question — how much demand is there for new coverage of MT research in general? More than half of respondents (57.1%) to a recent poll said that Slator’s level of MT research coverage was “just right.”

A third of respondents (31.0%) wanted to see less research coverage, while about one in ten respondents (11.9%) indicated they’d like to see more coverage of research in the field of MT.