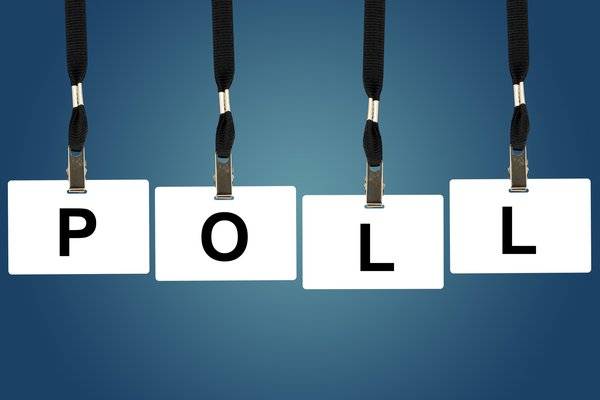 Advocates of the non-commoditization of language services may be in for an uphill climb. Not only do many language service providers continue to go to market with commodity-based strategies, as pointed out by United Language Group VP Michael Ridgway, it cannot be denied that everyone understands per-word pricing regardless of industry.

According to our readers, invoicing translation services by the word (46%) will still be preferred by the majority of language service providers through 2022, with billing per project (26%) a far second.

One option missing from our poll was SaaS-based pricing based on maximum usage over a specific time period. Some of those who chose “other” could have had this in mind. 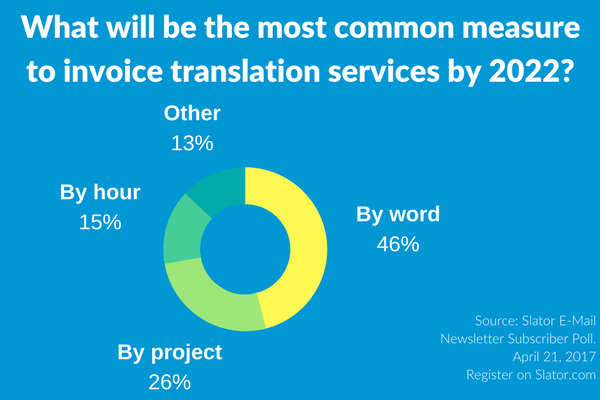 Most Wonderful Time of the Year

The first half of the year is the busiest season for language service providers (LSPs), according to a recent Slator reader poll, with activity peaking between April and June (33%).

Adding to the hectic pace are the awarding of large contracts and acquisitions announced during H1. Within a couple of weeks in April alone, Slator covered three acquisitions: the Apostroph acquisition by Wieners+Wieners, Soget by Arancho Doc, and Sajan by Amplexor. And then, on May 2, Semantix announced it had bought Danish rival TextMinded.

Perhaps most remarkable are the 17% of respondents who say they experience no seasonality. In an industry generally built around managing the peaks and troughs in volumes, that is an enviable position to be in. 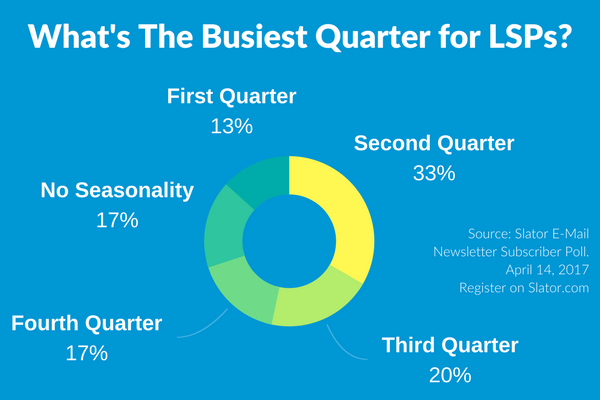 Could RWS become the first independent billion-dollar LSP, Slator asked as 2016 drew to a close. That question was answered in April 2017 when we reported on how the 35-year-old patent and life sciences specialist blew past the billion-dollar mark.

The optimism of investors in RWS is apparently shared by Slator’s readers, the majority of whom (47%) expect the LSP’s shares to perform best this year, ahead of SDL (17%), Sajan (14%), and Summa Linguae (14%).

A key driver of this powerhouse performance is RWS’ consistent, uninterrupted profit growth over the last 14 years.

Since we published the article in early April 2017, SDL has treaded water while RWS (now worth USD 1.05bn) and Keywords Studios have continued their relentless climb. 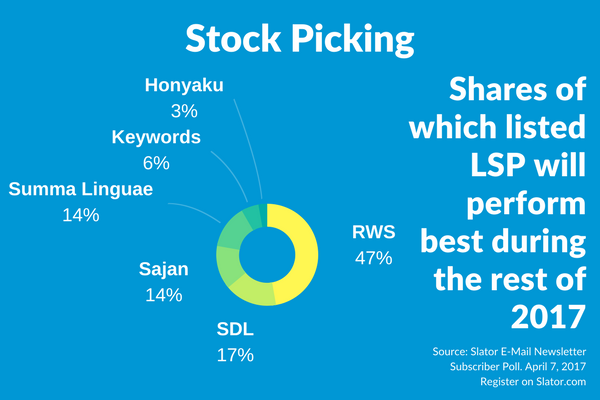 How to Find Freelancers

Professional freelance linguists are the lifeblood of the language services industry. While translation marketplaces may serve their purpose, every LSP worth its salt will see it fit to build and maintain a core pool of freelancers — experts in their field and intimately familiar with specific client requirements.

A number of large buyers have recently opted out of using LSPs entirely, choosing to work instead with freelance talent. The EU Court of Justice, for example, despite having 600 “lawyer-linguists” on staff, issued a EUR 6m freelancer-only tender at the start of the year. Even the European Central Bank awarded 10 freelancers a place in its EUR 2.4m contract. 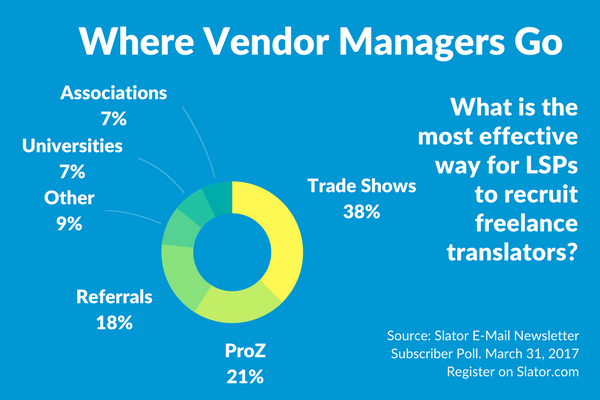 So where do vendor managers go to find freelance translators? Trade shows, according to 38% of respondents in a recent Slator poll. Others find linguists via ProZ (21%) and referrals (18%). Associations (7%) posted about even numbers as universities (7%).

Even when you do find qualified freelance linguists, keeping them engaged is another story. Summa Linguae Vendor Manager Mădălina Albu cites relationship-building as a key task alongside building a reliable pipeline of linguists, while Blarlo Director Daniel Piuzzi finds it important to pay for good talent — so their linguists’ fees make up a very high 75% of the project fee.

Editor’s Note: Participation in these polls has, thus far, reached between 60 and 120 respondents. We encourage you to register for the Slator newsletter and cast your vote.