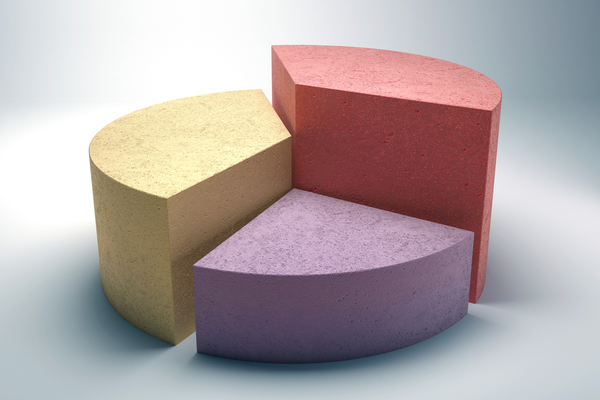 So when the World Intellectual Property Organization (WIPO) called for an Expression of Interest (EOI) from service providers but barred LSPs that subcontract to other LSPs, this raised some eyebrows, especially since the potential contract amounts to around 11 million words.

The WIPO clarified that LSPs are only barred from outsourcing to other LSPs, not from subcontracting work to freelance linguists.

Asked whether buyers should be allowed to prohibit providers from subcontracting to other LSPs, half of Slator’s poll takers firmly said no, as opposed to 26% who said yes. The rest were open to compromise depending on the situation. 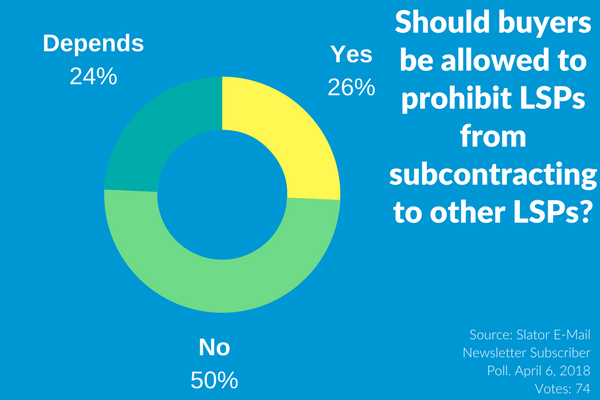 Slator’s second poll for April 2018 centered on the ongoing buzz surrounding media and game localization. Game localization was one of the industry verticals Slator identified in 2017 as having growth potential that could last a long while, propelled by a number of global gaming trends, consumer behavior shifts, and emerging technologies.

Media localization, meanwhile, is also on the rise. During December 2017’s SlatorCon Zurich, media localizer BTI Studios talked about the strategy pivot that has allowed them to thrive in recent years.

Asked whether the media and game localization boom will last, Slator’s readers were mostly optimistic, with a solid 77% saying they will.

One of the companies benefiting from the boom is UK-based Zoo Digital, whose shares have surged more than 900% over the past 12 months. Zoo Digital’s CEO Stuart Green will speak at the upcoming SlatorCon London on May 17. 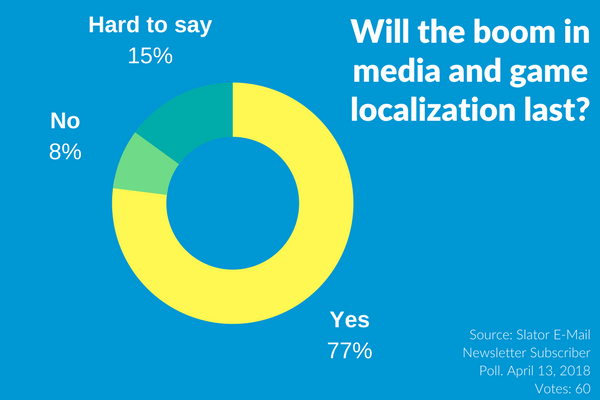 Meanwhile, another big news item this month will be the rollout and widespread impact of Europe’s General Data Protection Regulation (GDPR). Slator briefly broke down some of the relevant parts of GDPR that are likely to affect LSPs specifically.

“Although most LSPs are well-acquainted with data privacy,” as we wrote in the April 26 article, there are a lot of unknowns when it comes to the impact of GDPR, so service providers “would be wise to tread especially carefully when it comes to handling personal data, in particular post-25 May.” 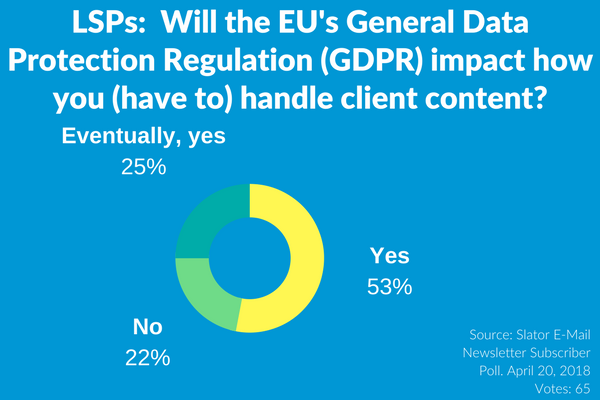 As for Slator’s poll-takers, less than a third were confident that GDPR will not affect how they (have to) handle client content. More than half said they were already affected, and the rest were certain that GDPR’s roll out would affect them eventually.

Finally, as Slator performs its day to day operations, the editorial team hones in on some trends as we follow industry news and developments. One such recent trend was a resurgence in neural machine translation (NMT) research papers published on Arxiv.org.

April 2018 was record-breaking, shattering the previous high of November 2017, and conclusively signalling the end of the research slump that began in December 2017. 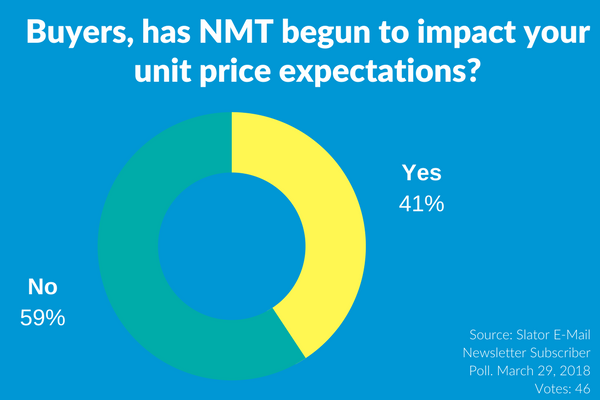 This is all amidst a flurry of other subjects being researched in both academia and the industry, from automated, neural post-editing to even more papers on addressing low-resource languages.