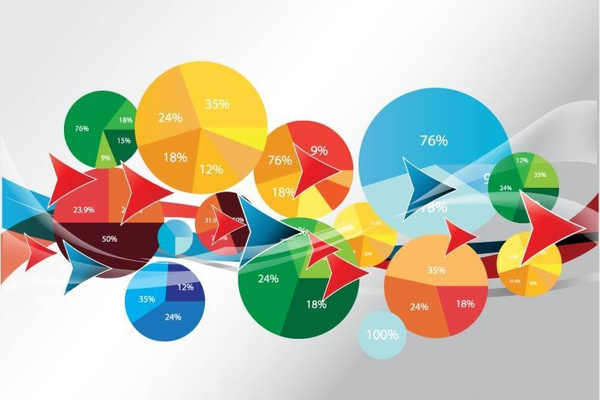 Sometimes stories about the language industry pop up where you least expect it. Case in point: Medium’s 60+ articles on localization within a six-month span.

As Slator reported, between May and December 2019, many contributors working on behind-the-scenes tech in design and development published how-tos and case studies on specific localization tools for their colleagues and contemporaries. Other articles introduced new apps or technologies to readers, or presented interviews, news from localization clients, hackathon announcements, and conference write-ups.

Inspired by this burst of localization coverage on a generalist platform, Slator asked readers in a January 3, 2020 poll to name their preferred social network for language industry insights.

Almost three-quarters of those surveyed (73.7%) said that business-focused LinkedIn is their go-to source for such news, followed by the 10.5% of respondents who use Facebook to find and follow those stories.

Twitter, where industry insiders and observers alike can be found voicing their opinions, was the preferred network for 8.8% of respondents. Instagram, which is known for carefully curated photos and eye-catching videos, was selected by only 5.3% of respondents. The remaining 1.8% of respondents prefer some other, unnamed option.

Have Scammers Ramped Up Their Efforts?

Any responsible professional wants to protect their business from threats, such as would-be scammers. Since 2013, the anonymous volunteers behind the Translator Scammers Directory (TSD) have dedicated themselves to outing criminals who steal translators’ CVs and impersonate linguists.

In a standard CV scam, the scammer’s victim (a language service provider, or LSP) assigns the “linguist” a job, and the scammer provides a shoddy translation, often produced using a free machine translation engine. Despite the poor quality of work, the scammer then demands payment from their victim and threatens to destroy the LSP’s online reputation.

The organization estimates that scammers circulate approximately 130 fake CVs worldwide per week, emailing each CV to between 2,000 and 3,000 recipients.

More scammers, however, do not necessarily mean more victims. TSD reported that it received only two reports in 2019 of LSPs actually sending jobs to scammers; in both cases, the scammers were “busted at the time of payment and are still waiting for ‘their’ money.”

In a January 10, 2020 poll, Slator asked whether readers had noticed an increase in attempted translation scams coinciding with the rise of neural machine translation (NMT) over the past two or three years.

Scammers aside, most language industry professionals are just trying to make a decent living. Disagreements over what makes a “good job,” however, have come to a head in California.

Independent linguists and professional organizations say gig worker bill AB5, originally intended to protect misclassified workers, has backfired, costing interpreters and translators work with LSPs both in California and out of state.

State Assemblywoman Lorena Gonzalez, the bill’s lead author, has claimed that companies are now hiring translators directly as a result of AB5. This runs counter to many freelancers’ experiences and the LSP model prevalent in the United States, where independent contractors are the norm. This model allow companies to offer their clients services in more languages than they could if each linguist had to be an employee.

Brian Fowler, SVP of Operations, Americas at SDI Media, told Slator that not all linguists are eager to trade a freelance lifestyle for full-time employment. “Some within the translator community do not seek employment for a variety of reasons, such as flexible hours, remote location, higher volume / earnings via multiple sources, tax implications, etc.,” he said.

Slator’s January 17, 2020 poll asked readers whether the language industry’s strong preference for freelance linguists over full-time employees had gone too far. The majority of respondents (39.9%) agreed that more in-house linguists are needed. The remaining respondents were evenly split between feeling that “things are working well” (30.1%) and stating that the answer depends on factors such as the client, the project, etc. (30.1%).

One reader, Portuguese–English conference interpreter Giovanna Lester, reached out to Slator to add some nuance to that last category: “What I do know is that some who work as OPI [over-the-phone interpreting] professionals, medical interpreters, some who work for the courts, might benefit,” Lester said. “It is not the project or client that is the issue; it is the perception and lack of respect for the professional.”

Support for Dutch Interpreters and Translators On Strike

While translators and interpreters in California have lamented contracts lost due to AB5, 1,500 of their colleagues in the Netherlands have voluntarily ceased work as part of a strike that began on January 13, 2020 to protest proposed changes to their professional standards.

More specifically, Minister of Justice and Security Ferd Grapperhaus has suggested outsourcing the hiring of linguists to LSPs and allowing “less qualified” translators and interpreters to provide language services to the police, courts, and immigration services.

A 2020 initiative of the Register of Sworn Interpreters and Translators (RBTV in Dutch) to modify registration requirements mirrors Grapperhaus’ suggestion, allowing interpreters who speak languages at the B2 level (rather than the current level, C1) to register in the RBTV.

In a January 24, 2020 poll, Slator asked readers whether they support the strike by Dutch translators and interpreters. Overwhelmingly, respondents said they do: 93.1% answered “yes,” compared to 6.9% who said “no.”