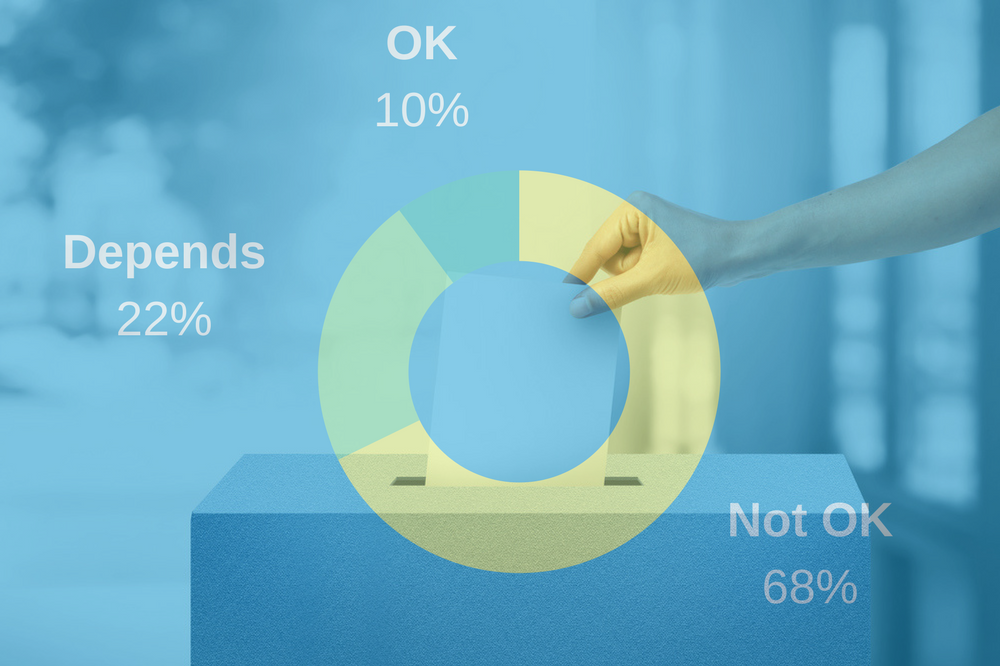 In June 2017, a German federal court published a ruling in a tax case that delved into the details of where exactly freelancing ends (German: freiberufliche Tätigkeit) and a commercial enterprise begins (German: gewerbliche Tätigkeit).

As Slator reported, the court ruled that freelance translators are not allowed to offer languages they don’t personally understand and continue to enjoy the tax breaks and other administrative benefits that come from operating in a freelance capacity.

On Twitter and LinkedIn, the Slator article triggered an interesting debate about outsourcing to fellow freelancers and Slator’s take of the ruling (we stand by it). Beyond the ruling in Germany, subcontracting by freelancers has been a hot-button issue for decades, and so we wanted to know how our readers perceive the practice.

A clear majority of the 118 respondents who participated in the poll conducted among Slator’s e-mail newsletter subscribers view subcontracting unfavorably — 22% of respondents say it depends and only 10% approve of subcontracting. 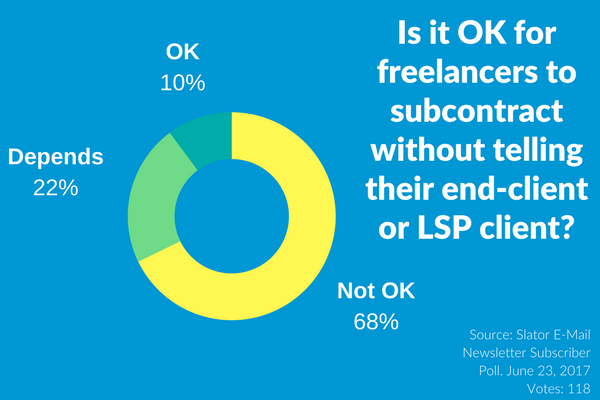 If there is an industry that could benefit from more efficient payment technology, it’s the language services industry. Global in nature, hundreds of thousands of freelancers are based in every possible country under the sun, and millions upon millions of relatively small payments are made every single month.

But despite a boom in fintech, two decades of PayPal, and cryptocurrencies like Bitcoin becoming more mainstream, bank transfers, which often involve expensive fees, remain the top choice of paying freelancers among the respondents to our poll. Expect this to change in the coming decade. 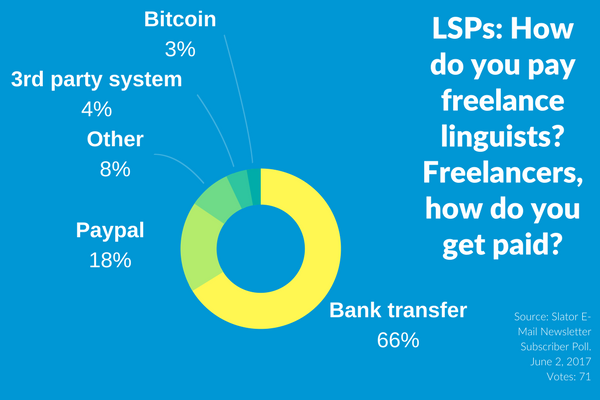 Our readers were split on when adaptive machine translation (MT) will become fully productized and adopted by users in the translation supply chain. Furthermore, a low participation rate (40 votes cast) is an indicator that, perhaps, many in the industry remain unsure what exactly adaptive MT is and what it can do.

In our view, adaptive MT is a technology that merges the traditional translation memory with machine translation in a way that makes the two indistinguishable. A key component of any adaptive MT is the system’s ability to learn from input on an individual user input and improve over time. An adaptive MT system’s user interface should also be designed in a way to make it clearly superior to any existing post-editing approach in terms of quality and human translation productivity. 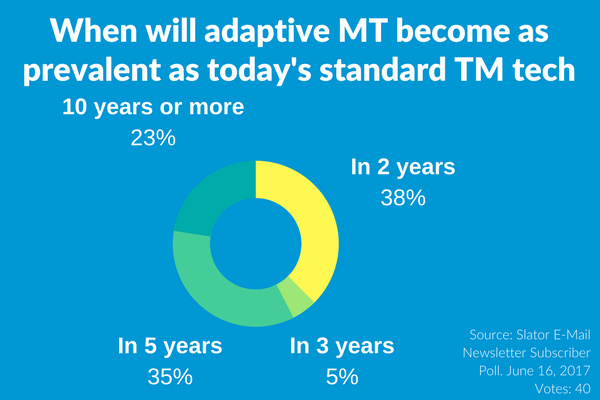 Staying in futureland, we asked our subscribers for their take on when or whether virtual reality (VR) and augmented reality (AR) are going to emerge as major new markets for localization services. Alongside artificial intelligence and things like self-driving cars, VR and AR are often mentioned as the next big thing in technology. 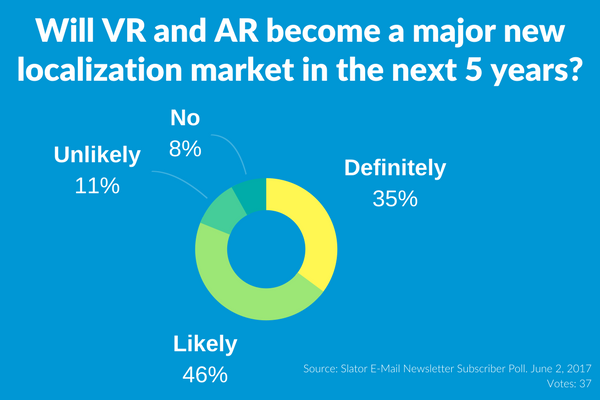 In terms of localization, the biggest and most immediate impact from VR and AR will likely come from the gaming industry. And as smartphones are equipped with 3-D sensors (Apple is rumored to ship 3-D sensors with the iPhone 8), entirely new applications that require localization could be created.