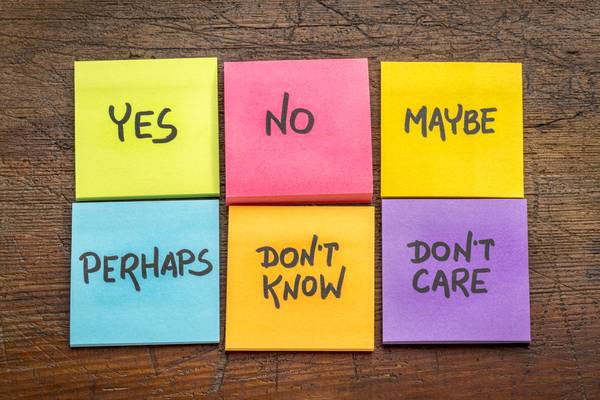 In October, we asked our readers “Which vertical will grow fastest for LSPs in 2018?” Nearly a quarter of poll-takers favored life sciences, trailed by e-commerce. These were followed by consumer technology, industrial, and media.

Reader sentiment is aligned with the industry trend of regulated verticals being high-growth and profitable. Just last month, UK-based patent and life science translation specialist RWS reported it “enjoyed its best year ever,” singling out the “strong contribution” of its early 2017 acquisition Luz, which is a provider specializing in life sciences.

Meanwhile, Ireland-headquartered ICON plc, one of the world’s largest contract research organizations (CROs), also announced the acquisition of rival Mapi Group. Both CROs have sizeable internal language services groups, and ICON CEO Dr. Steve Cutler commented in their earnings call that “that is a market that is growing as well.”

Slator readers were optimistic about the long-term impact of ever-improving neural machine translation (MT) to the language industry. 33% said neural MT’s impact would be very positive and 31% said it would be slightly positive. Only 13% said neural MT would leave a very negative impact on the industry, and only 6% answered it would be slightly negative. 8% of poll users were neutral or undecided on the issue. 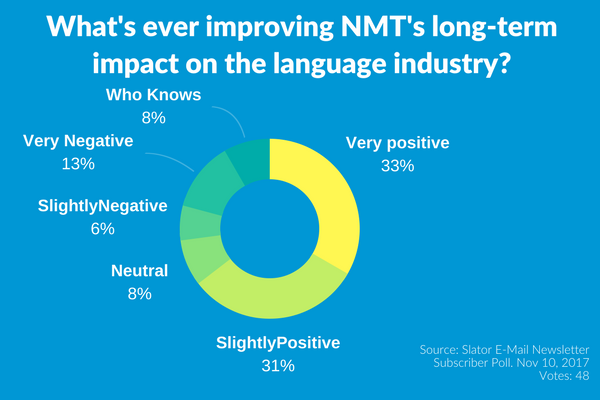 Over 60% of our poll-takers seem to share the rosy view of the future of human translation, where translators will receive “highly important work to do, well paid and recognized,” instead of getting replaced by MT.

Sillicon Valley startup Qordoba’s CEO May Habib sees much of the innovation in language technology in a positive light: as a way to make translation ubiquitous and effective in bridging language gaps.

Meanwhile, whereas the outlook on neural MT’s impact was mostly positive, 2017’s pricing trends were a mixed bag. Slator asked readers in mid-November “How have per-word rates trended so far in 2017?” 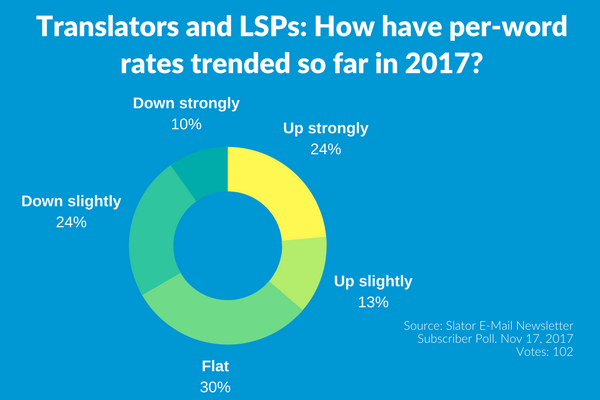 Slator featured stories of per-word rates in 2016, with freelancer rates averaging EUR 0.15 (USD 0.18) per-word in Germany and USD 0.21 per-word being paid to LSPs by the US Federal Government.

Finally, our most recent poll posed an age-old question to our LSP readers: “Buy or Build? Do LSPs need to build their own proprietary TMS?”

61% of poll-takers said no, with 31% saying yes to building proprietary translation management systems. 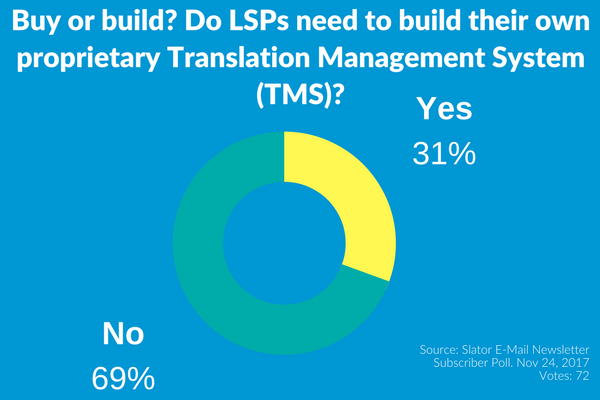 Slator routinely asks language industry leaders about their opinion on the buy or build debacle.

Kimon Fountoukidis, CEO of Poland-based Argos Multilingual, said in a recent interview he himself was switching between options: “I flip flopped, I literally built, bought, built, bought.Now, I can finally say I am happy, though, because of the scalability and the ability to make our own adjustments and having control of our own systems.”

Argos built its own TMS over the years, but when asked whether he would advise the same to LSPs just starting out, Fountoukidis said “If I am setting up a business today, I am definitely going the off-the-shelf route. The systems are mature now. At that time when we were making the decisions to start to build, off-the-shelf systems weren’t an option yet.”

Morningside Translations is one of the LSPs that chose to buy off-the-shelf, deploying a combination of Plunet as TMS and memoQ for translation productivity.

TransPerfect is an example of an LSP that chose build over buy. The company’s flagship workflow tool GlobalLink is not only used for internal production but has generated USD 40m globally in licensing revenue over the past six years and channels USD 500m in services revenue a year.

To participate in the polls, register for our weekly email newsletter.