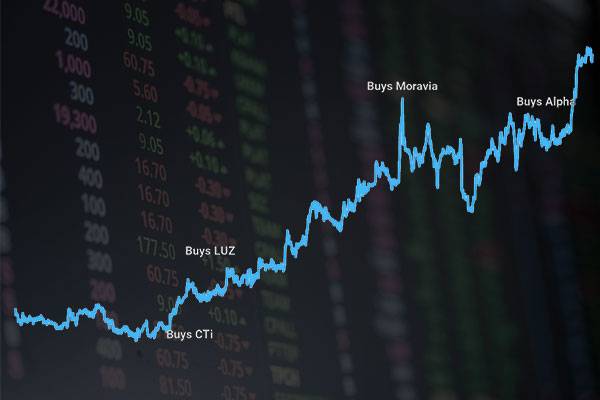 With the patents and IP space booming in 2019, revenues of patent-focused language service provider (LSP) RWS have likewise continued to climb. RWS, the world’s most valuable LSP by market cap, reported half-year sales of GBP 172.3m (USD 219.5) in the six months to March 31, 2019. Intellectual Property Services is RWS’ second largest and most profitable division.

Half-year results for the group climbed 23% from GBP 139.6m in 2018. Adjusted profit before tax grew by a similar percentage to GBP 35.6m. Like-for-like growth (exclusive of forex, the Alpha Translations deal announced in January, and Moravia-related adjustments) stood at 10%, in line with a trading update the company issued in April 2019.

Acquisitions completed, RWS is now in the process of realigning its business units. As of October 2018, its Patent Translation & Filing and RWS Patent Information divisions were merged into a single unit, called IP Services. By October 2019, RWS Language Services, the company’s smallest division, will be tucked into its biggest revenue generator, RWS Moravia.

The newly-formed IP Services division, which houses more than 130 translators and 20 patent information searchers, contributed 36% of revenues in the first half of 2019. RWS’ European IP business grew strongly, while sales in Japan and China also increased as, according to RWS, “demand for patent applications in Chinese and Japanese from European and North American corporates continues to grow.”

The company added headcount to its IP Services division in the first half. Under threat of a looming Brexit, and given that a significant proportion of the IP Services workforce comprises European nationals, RWS “continues to invest in its staff and their working environment, with the aim of improving staff retention prior to the UK’s possible exit from the European Union,” the half-year report stated.

The Life Sciences division, which contributed 18% of revenues to the Group in the first-half 2019, received a boost from Moravia’s legacy life sciences customers, which were folded into its operations. Furthermore, “the higher margin linguistic validation business made strong progress in the period,” RWS said.

Overall, RWS Moravia’s profits grew in the first half, when margins “more than doubled” to 19.3%. This, despite “the continuing reduction in volumes with one of the division’s top five clients,” the half-year report said.

RWS attributed the increase in profitability to the “simplification of its operating structure, a tighter focus on cost control and the delivery of higher margin services to larger clients.” Like-for-like revenues were up 10%.

The soon-to-be-absorbed RWS Language Services division experienced “reduced sales to several key clients due to challenging market conditions, notably in the German automotive and renewable energy sectors,” and grew by 1% in the first half of 2019. The division contributed GBP 7.1m or 4% of group revenues, including GBP 0.5m of pro-rated revenues from recently acquired Alpha Translations.

The half-year report also highlighted a number of market factors that RWS expects to drive business growth, among which is a worldwide increase in patent filing coupled with a trend toward outsourcing by parties involved in the patent process. Citing figures from two major patent organizations, RWS said “the WIPO and EPO statistics are both at new record levels.”

Addressing the long-awaited and controversial Unitary Patent, RWS said that “we now anticipate that the proposed European Union Patent (“the Unitary Patent”) will come into effect in Q2 2020 at the earliest.”

When it does hit, patent applicants will be able to choose whether to use the current system or adopt the new Unitary Patent, RWS said, since both systems will run in parallel.

Investor reaction to the final half-year results was muted with the stock trading range bound. Year-to-date, RWS shares are up 33%.