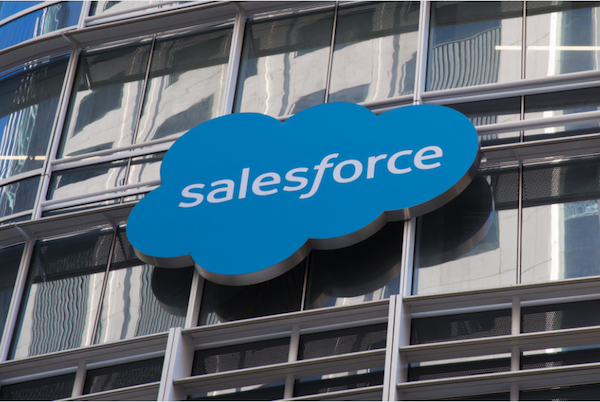 Amazon and Salesforce did not let 2017 end without entering the neural machine translation (MT) race. Salesforce joined the fray by announcing their neural MT research during their annual Dreamforce 2017, where chief scientist Richard Socher briefly showcased several AI-powered capabilities the company will soon be launching.

Currently, however, the CRM and cloud computing company is not actually using neural MT.

Teresa Marshall, Sr. Director of Localization and Globalization, told Slator that they did not use any MT at all. She confirmed, however, that they had been “in the early stages of exploration as how best to incorporate MT” over the past year.

Marshall is a well-known name in the industry with a localization career spanning over 15 years.

She earned her Master’s in translation and interpretation at Middlebury Institute of International Studies, Monterey, where she also served as faculty from 2010 to 2014. She was a board member of Women in Localization from 2014 to 2016; where she remains an active member today. She is also active in the Silicon Valley scene where she had been part of program and operational management teams in several companies, including the Google Localization team. Since 2009, she had been organizer and co-host of the Annual Localization Unconference.

In 2009, she started working at Salesforce. Currently, her team is responsible for all localization efforts within the company’s engineering organization. Marshall explained that they handled localization for products across the Salesforce product suite.

All in all, they tackle millions of words annually in 34 languages with localized versions across two of three levels of language support. Marshall declined to to share their annual translation budget.

Marshall said Salesforce not only localizes products, but also support documentation, training, and tools. This entails multiple efforts, even outside her team, focusing on localization.

Despite the global operations of Salesforce, Marshall said scale was not exactly the issue: “What makes Salesforce unique from a localization perspective is the customizability of our platform.”

She explained this outlook was advantageous from a product perspective, since instead of building particular features for specific markets, they would instead build a platform where clients can adjust or customize.

And all the localization work is supported by different levels of language support:

Asked about translation and localization tools, Marshall said they use “a combination of internal tools and standard source control systems.” She said the company continuously reevaluates this approach given an increasing breadth of products, technical requirements, and content volume.

Salesforce’s localization is augmented by an external partner “for the translation and linguistic deliveries.” Marshall said they work very closely with a “medium-sized, highly specialized” partner, which was more like a strategic business partner than a vendor. “[They’re] really an extension of our team and we have a very direct relationship with our translators,” she added.

Marshall’s teams are responsible for localization, internationalization and customer-facing features, such as the Translation Workbench, which allows clients to translate customizations, and Salesforce grammar engines.

From what Marshall explained, these grammar engines are an example of the culmination of Salesforce’s customizability as a platform, its technology toolkit, and its vendor.

Marshall said they have a feature that allows customers to rename UIs to fit business needs and sales terminology, which requires language-specific grammar engines for each supported language.

The language engines require distinct formats for UI files, and the localization process requires some additional steps from translators. “We often think of our UI translation work more as linguistic engineering, since our translators have to add the appropriate grammatical attributes rather than “just” translate a string,” Marshall said. “The format also has particular requirements on our tools, which is why we rely and take advantage of a number of tools as well as the strong partnership we have with our vendor.”

Localization is a long-time focus for Salesforce, Marshall said: “early on we were able to build a level of awareness and a solid process to support our three releases a year, however, the challenge now is maintaining this level of maturity throughout fairly rapid company growth.”

So where does the recent neural MT announcement fit in all of this, especially given that Salesforce does not currently use any MT for localization?

“Partnering with Richard [Socher]’s research team accelerated our efforts to leverage MT for extending localization,” Marshall said. According to her, there are still no concrete plans for deployment, but she also commented that now they had options and a direct line to the neural MT development team: “it opens up opportunities beyond our own translation needs that may have otherwise been too complex or too expensive to explore.”

Asked about her opinion on how their neural MT R&D will impact Salesforce’s product suite, Marshall maintained it was too early to tell. She did say she was excited to see where all the developments are headed: “we’ve seen an incredible increase in AI-powered features; some of the new development areas are available via APIs first.” She noted one language-related example being Einstein Vision’s Community Sentiment Model, which analyzes text to classify community (e.g. online forums, enterprise social media) sentiment.

On the Future of Salesforce and Neural

Looking to the next five years, Marshall said for Salesforce, “localization is a priority for delivering customer success and I am confident it will grow.”

On how neural MT would affect their current models of working, Marshall was optimistic: “MT won’t replace our efforts but rather augment our options and processes.” She noted MT allows her team to become more strategic in terms of schedules, resources, and budget.

As a whole, the future of neural MT looks bright to her. “the overall push for neural MT and technology in general as a great opportunity [that] will enable companies to be more strategic,” Marshall said. “I see it as an approach to focus resources on what matters most and to find efficient solutions to mundane tasks.”

“Too many companies involved in localization think in terms of supply chain, speed, and efficiency, and tend to forget that to a large extent most localization processes still rely on very skilled linguistic resources”

She cited as an example: “massive volumes of content with a short shelf life don’t require highly-skilled translators, whereas highly functional, tightly designed UI does.”

Marshall understood, however, that there was a less optimistic side to the discussion: “I am aware that my optimism is very much influenced by the fact that I work on the client-side of the localization industry. As a trained translator, I understand why these scenarios may not be encouraging and instead seem scary for some.”

“Too many companies involved in localization think in terms of supply chain, speed, and efficiency, and tend to forget that to a large extent most localization processes still rely on very skilled linguistic resources. I think that this will continue to be the case in the future,” she said.

“I think in the foreseeable future, neural MT will become an additional tool in our toolkit to further enhance our localization workflows,” Marshall said. “On the broader resource question, it is up to all of us in the localization industry to shape the future that includes neural MT or AI.”