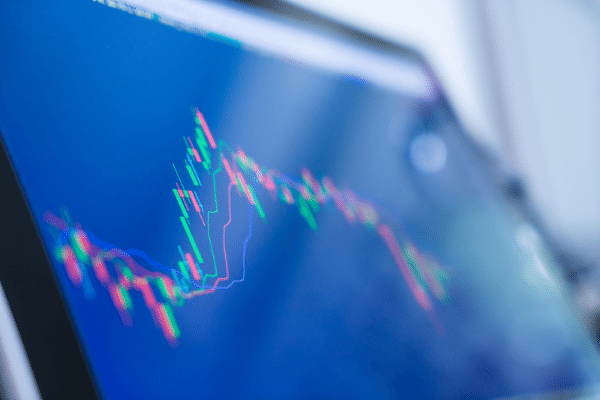 On April 14, 2020, having delayed the release of its full-year results in accordance with a regulatory moratorium in the UK, language service provider SDL plc. published its results for the 12 months ended December 31, 2019.

Revenues for 2019 came in toward the top end of analysts’ expectations at GBP 376.3m (USD 471m at the current exchange rate), growing 16.4% from 2018, inclusive of acquisition-related growth.

The company also assured investors and clients that it is entering this phase of unprecedented uncertainty with a solid balance sheet. According to the filing, SDL currently has “gross cash in excess of GBP 98m with drawn credit facilities of GBP 63m (net cash approx. GBP 35m).”

In a phone interview, SDL CEO Adolfo Hernandez outlined some of the year’s key business and operational highlights.

After years of restructuring and realigning the business, SDL is now beginning to reap the benefits of a number of past productivity initiatives.

Increased adoption of Helix has enabled SDL to reduce the time that the company’s internal linguists spend on preparation and admin work, the CEO said. “Linguistic productive utilization has gone up to 69%. If you look at a normal professional services company, it will be marginally higher than that — but not [for] all of them. There has got to be an element of work preparation still,” he pointed out.

New to the SDL suite of tools for third-party users in 2019 was SDL Language Cloud, which drew “a lot of interest,” Hernandez told Slator. He said they currently have “a lot of pilots running” for Language Cloud, and the system will soon support a range of “low-touch machine translation offerings” to be launched later in the year, as well as the new release of Trados also planned for 2020.

Flagship productivity tool SDL Trados is scheduled for a cloud release later this year. “Watch this space for Trados integrating with Language Cloud, with an Office 365-type of continuity. I think this is really going to change the landscape,” Hernandez said.

The CEO also emphasized that the company’s net promoter score (NPS), a marker for customer satisfaction, “grew another six points after growing last year.” Customer satisfaction, he said, builds “positive inertia” and is a contributing factor to how well companies are likely to fare in response to coronavirus.

Moving the majority of employees to home working is a considerable task for a company like SDL that operates across 60 offices and 39 countries. Hernandez said that a series of global events in 2019 had allowed SDL to test similar work-from-home measures.

For instance, “there were the troubles that erupted at the end of Q2 / early summer in Hong Kong. So we had to move Hong Kong to work remotely,” he explained. The CEO also cited examples in Lebanon, Chile, and France, where SDL had previously taken steps to close offices and move to remote work as a result of situations unrelated to coronavirus in 2019.

When news of coronavirus began to break, Hernandez said they “took all of our learnings and applied them to move quickly in China and Asia in general. Then very quickly in the space of two or three weeks we moved the rest of the world.”

Hernandez also discussed SDL’s customer mix, saying that nearly 80% of SDL’s business comes from customers within technology, life sciences, financial services, government, aerospace and defense, and similarly resilient industries — which means SDL is “less exposed to other verticals than some of our competitors.”

At the same time, he advised, it is too soon to tell what the new normal will look like for customers and, “because there’s uncertainty and we are a public company, we have to be prudent and say that that’s the danger that is out there.”

Joining Slator’s interview with Hernandez was SDL CFO Xenia Walters, who gave additional details about the company’s three-phase coronavirus mitigation plan. “We signposted [GBP] eight million of savings in phase one […]; about half of that is due to the freezing of inflationary pay rises, which on average is about 3%,” she explained.

“We are also delaying new hires, unless they are business-critical. Obviously, with everyone in lockdown, no one is travelling anywhere so that is saving on [Travel & Entertainment]. Lastly, because we are not in physical offices, in certain countries and with certain landlords, we are getting rent rate and service charge relief. Those four buckets make up the [GBP] eight million,” Walters said.

With phase one in full swing, Walters said they also assessed how savings could be extended in two further phases. She said phases two and three are levers that SDL could decide to pull if needed.

The CFO pointed to a number of specific measures that could be enacted in the latter phases. “We would just [freeze] the inflationary pay rises for the whole year as opposed to reviewing them in October. We have a compensation plan in place that is based on company profit — if we don’t meet the threshold, that will pay out less than target. We would continue to delay new hiring. We would remove all consultants and contractors and we would minimize all professional fees.”

Governmental grants and allowances are also available in various countries and SDL could decide to tap into them, Walters told Slator, adding that the company is currently “looking at the criteria and our eligibility to tap into those grants.”

Shares in SDL rallied over 10% after the announcement and are down just over 20% YTD 2020 in line with the broader markets.