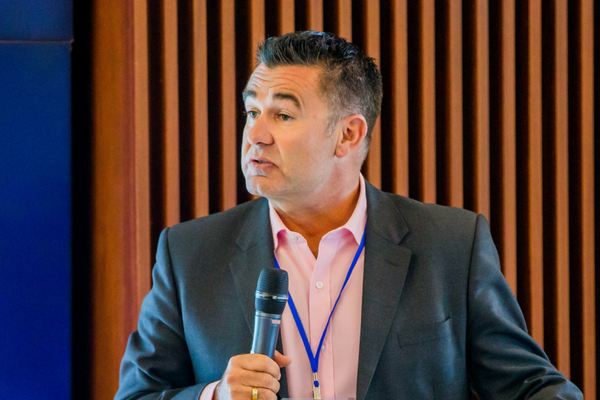 On August 6, 2018, SDL announced its results for the first half of 2018. The numbers in the earnings release did not include SDL’s recent USD 77.5m acquisition of Donnelley Language Solutions.

After what SDL’s leadership had called a “frustrating” 2017, the half-year results show some, albeit still relatively modest, progress in revenue growth and margin expansion, with SDL CEO Adolfo Hernandez saying the company had delivered a “stabilised performance”.

Asked about the modest organic sales growth, Hernandez told Slator in a phone interview that to him it’s about “keeping revenue growth in balance with margin expansion” and that at 6% revenue growth, three and a half points margin expansion, and way better free cash flow,” they managed to “move all the key levers in the right direction at the same time.”

“I think we don’t need to grow at stupid rates”, Hernandez added, “it’s about a balanced P&L where everything moves in sync and in the right direction.” That said, going into the second half of 2018 and beyond, Hernandez will be under pressure to deliver core organic revenue growth (i.e. ex Donnelley) moving towards double digits, in particular as competitors like TransPerfect are set to deliver full-year growth in the mid to high teens.

SDL has been reporting on a set of nine KPIs over the past few earnings announcements. Of the nine, seven are showing improvements with two worsening in H1 2018. SDL blamed the slowdown in Premium Services revenues on the “timing of certain programmes of two significant customers.”

One of the KPIs that showed relatively strong progress is Linguistic Utilization, which measures the percentage of time in-house linguists are translating content and not performing other tasks such as administration of files. Improving Utilization directly impacts gross margins in Language Services, which Hernandez targets to boost to 45% by the end of 2018 from the 40.2% in FY 2017 (excluding DLS).

Another boost to gross margins should come from the so-called Helix program, which should help to streamline SDL’s production process. SDL is investing about GBP 10m into Helix and said that in July a total of 9 million words were processed through the platform.

Hernandez told Slator that he expects the Helix benefits to become apparent in the second half of 2018 and said that they had already got “some major intangible benefits like moving to a common operating model across the company for all of our customers in all our geographies.”

As big technology companies such as Google and Amazon aggressively ramp up their neural machine translation offerings in trials with Welocalize and Lionbridge, SDL is one of the few language service providers that continues to invest into building (and offering) its own NMT solutions.

“We believe it gives us multiple advantages”, Hernandez says. “Number one, obviously we stay very close to the development of this technology and you know we’ve got our team of scientists and we’ve got our proprietary patents so we’re well covered in terms of using that. When you own the technology you also get the additional benefit of being able to modify it, customize it, and use it in ways that you cannot easily do if you use third parties because you’re restricted to what the third party can do.”

While Hernandez is continuing to spend on tech investment, SDL is becoming a much bigger player in services after the Donnelley acquisition (services will make up around 70% of revenues post Donnelley).

So we asked Hernandez again what he thinks about the long-term prospects of SDL’s technology business that is selling solutions to competing LSPs. The CEO still feels very comfortable owning this business. “My philosophy hasn’t changed on this. If I dont sell to them somebody else will”, Hernandez says.

After SDL had guided the markets in the DLS acquisition announcement that half-year results were going to be “broadly in line with management expectations”, investor reaction was muted to the earnings release with SDL shares up 3% at the time of writing.