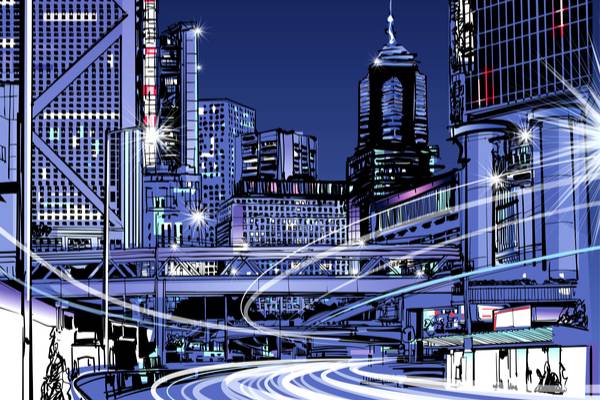 Another former senior executive of a large language service provider (LSP) is venturing out on his own. In late 2016, CLS Communication’s ex-CEO Matthias Trümpy launched SwissGlobal. Now, SDL’s former EVP for Asia, Richard Delanty, has teamed up with two SDL India veterans to form Into23.

Delanty’s partners, Deepak Ramteke and Sundeep Dedhia, had both worked at SDL India. “Sundeep, Deepak, and I set up SDL in India about 12 years ago. So, we’ve known each other for probably around 13 or 14 years at this stage,” Delanty told Slator in a phone interview.

Delanty lives in Hong Kong, where Into23 is incorporated. He says the company is in the process of opening a subsidiary in Mumbai and he is looking into expansion in Mainland China and Korea over the next 12 months. Into23 has eight full-time staff at the moment.

“We are self-funding,” Delanty points out, when asked about how Into23 is financed. “We’ve got an optimistic break even plan in nine months. But we hope to break even by the end of the first year, realistically.” To get the company to profitability in such a short period of time, Delanty says they will leverage “some good existing relationships.” He also says they are strict on cost control.

While the founders are currently “really bootstrapping this,” Delanty says they have also been “exploring some options about raising some investments at a later stage.”

They Don’t Get Asia

When starting a new LSP in 2017, the founders better be confident that the service they offer is unique. Otherwise, why would a client go for the untested with so many established players to chose from? Delanty sees their Asia market knowledge as Into23’s secret sauce.

“Large multi language vendors (MLVs) don’t get Asia. We do. I think the top language companies today do not have a good commercial Asian strategy. There is a market opportunity for a business who understands Asian markets and companies to become the largest regional supplier,” the former SDL Asia EVP says. SDL, meanwhile, highlighted Asia as one of their bright spots when it reported mixed results for the first half of 2017.

Of course, Asia is vast and even the world’s largest LSPs struggle to build and maintain a meaningful and profitable on-site presence in all the key markets, including Mainland China, India, Japan, Korea, and in global hubs like Singapore and Hong Kong.

Delanty says their initial focus will be India, followed by Mainland China. “There’s a lot of tie-in between China and India,” he says, pointing to Chinese smartphone manufacturers pushing into India. “They are going to market in up to 23 languages and so that’s a big target vertical for us,” he says. One of the reasons the company is named Into23 is because of India’s 23 languages.

India has a reputation for being a particularly difficult place to build a supply chain of reliable linguists. “Yes, I would agree with that statement, just qualifying it that there are quite a few really qualified, talented linguists in the market. But when you expect to look at scale, that is the problem.”

Delanty says they plan to have an in-house quality team for translation but will outsource the majority of their translations. He is also open to subcontracting to single-language vendors. Delanty says their focus now is building a reliable supply chain for Indic languages, followed by Asia’s other majors like Chinese, Japanese, and Korean.

One of the most consequential decisions for any founder of a new language service business is selecting a translation management system (TMS) and a preferred translation productivity tool.

Delanty quips that when he “left SDL, one of the things I set out for myself to do is to really try to de-SDL how I look at translation.” He says his research focused on tools that are cloud-based and proven at scale. “That really narrowed it down to a few options. We looked at smartCAT, MateCAT, and Wordbee,” Delanty explains.

Eventually, Into23 put its eggs into the smartCAT’s basket, choosing the platform as both its “core technology” and its translation productivity tool (aka CAT tool). Among other things, Delanty says he “felt [smartCAT] was the easiest one to get up and running.”

While opting for an all-in-one solution might get you off the ground quickly, it also means a new LSP entrusts a big part of critical infrastructure to a third party.

Delanty also praises smartCAT’s marketplace and payment functionality, saying that making small payments to linguists in multiple countries each month is a “major headache for an LSP starting out,” but smartCAT “solved that problem.”

Voice of the Future

Beyond the tried-and-tested business of selling translations of written content, Delanty says he sees big opportunities in voice. “A lot of what’s today done in writing will move to voice in the future,” he says, adding that this means companies need to move from translation to corpus building.

While few traditional LSPs operate in that space, it is a core market for Australia’s Appen, which is valued at over USD 300m on Sydney’s stock exchange.