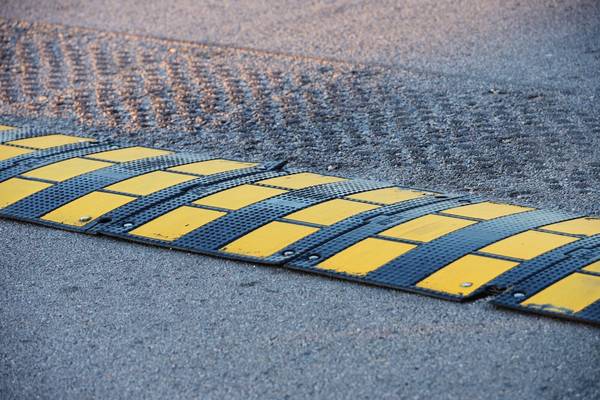 SDL announced earnings for the first half of 2017. Revenues at the UK-based language services and technology provider grew 4.9% (adjusted for currency) to GBP 139.1m (USD 183m) compared to the same period in 2016. Pre-tax profit, however, dropped by 31% to GBP 8m from GBP 11.6m the year before. The stock market reacted swiftly to the earnings miss, wiping more than 20% or GBP 125m off the company’s market value.

While virtually all of the gains of the last six months have been erased, SDL shares are still up 15% over the past 12 months.

While top line growth was encouraging, what worried investors was the deteriorating bottom line, particularly in Language Services. Pre-tax profit in SDL’s largest unit dropped to GBP 5.4m from GBP 8.8m on the back of weaker gross margins, which contracted to 38.1% from 43.0%.

In a phone interview with Slator, SDL CEO Adolfo Hernandez attributed the reduced margin to increased costs for freelance linguists. As part of SDL’s strategic transformation, the company is pushing into what it calls “premium” verticals (i.e. life sciences and other regulated industries). Sales in this segment were up strongly, reaching GBP 15.4m, up from GBP 10.5m. SDL is also doing well in Asia, where revenues are up 40% in the first half of 2017.

But increased volumes in new verticals and geographies means SDL is unable to leverage its internal translator resources and has to find new and potentially expensive freelancers.

Hernandez confirmed to Slator that a combination of factors resulted in an increased use of freelancers such as the lack of internal resources in verticals (e.g. life sciences) requiring specialized resources, and “some customers giving us significant projects in languages which we don’t have in our linguistic centers.”

The Pain of Low Utilization

Compounding the negative effect of increased outsourcing is another issue. In March 2017, Hernandez promised to address SDL’s inefficient use of its internal translators by starting to track the company’s “Linguistic Utilization rate,” a core metric. As we reported at the time, Linguistic Utilization measures “the percentage of time in-house linguists are translating content and not performing other tasks such as administration of files.”

So far, progress has been slow, with Linguistic Utilization moving up only marginally to 50.5% in the first half of 2017 from 50.0% the year before. The double whammy of paying for internal capacity while outsourcing work is something any LSP wants to avoid.

“We have to make sure that there is nothing that linguists have to do but get trained and translate” — Adolfo Hernandez, CEO, SDL

Hernandez said SDL is tackling the issue head-on and aims to bring utilization up from the current 50% to 70% over the next 12 months by rolling out an internal software package called Helix.

He continued, “We need the software to do absolutely everything else — tagging the content, meta tagging the type of content, getting the content to the right person, making sure that there are no idle times in between projects, making sure that there is a queue optimization methodology, that people are deployed against the right content, and that translators don’t have to negotiate with downstream freelancers.”

Hernandez expects the measures to translate into a margin expansion of 5 percentage points, which seems very conservative. If the initiative succeeds, SDL’s Language Services gross margins may well surprise on the upside in the coming 18-24 months.

Another area Hernandez is focusing on is machine translation (MT). SDL sees machine translation both as a way to make its internal operations more efficient and as a revenue generator. For example, SDL has started recently to market its SDL Enterprise Translation Server (ETS), an on-premise or private-cloud MT solution.

The field of machine translation has been extremely active over the past year as research into neural machine translation has taken off. The boom is a blessing but also a potential headache to commercial MT vendors. A top-down challenge might come from Amazon, which is reportedly planning to enter the enterprise MT market. Bottom up, it’s companies like Booking.com, which hired internal researchers to build NMT solutions in a DIY-approach based on open-source software.

Hernandez is unfazed. “That does not concern me because the [DIY-approach] is not the space we are after. We are after a space we call high-quality enterprise-grade solutions in the way we deploy them.” Asked about a potential threat from Amazon, the CEO said, “I think what Amazon is doing is no different from what Google has done with Google Translate and I believe Microsoft [has done with Microsoft Translator].”

He continued, “It’s a more generic off the cloud solution that would be valid for some businesses who don’t care too much about their data.”

Hernandez said that he would reassess the situation if he sees “three or four more players who are able to deploy the highly scalable, elastic, enterprise-grade ready machine translation,” but added that “this is not what is happening in the marketplace.”

Hernandez also took a stab at main MT rival Systran, which, according to French media reports, is struggling with management and shareholder issues. “I think with all of Systran’s difficulties at the moment, we’ve got a very differentiated value proposition for the enterprise-grade MT market,” he said.

Asked about SDL’s MT patent lawsuit against translation productivity startup Lilt, Hernandez said “we just let the process run and let’s see where we end up.”

On acquisitions, Hernandez stressed that his approach hasn’t changed. “We must keep an eye on the structural changes in the market, but absolutely no more. We continue to see what’s happening in the market, but our number one priority as we speak is taking this company from where it was to where we wanted it to be at the end of the three-year plan. And that transformation takes priority over everything else,” he said.

Asked if SDL is participating in the TransPerfect sales process, Hernandez responded with an unambiguous “No, we are not involved.”

So Hernandez is sticking to his guns in terms of strategy. “We do expect an improved profit performance in the second half. However, the first half performance has underlined the importance of the actions already underway to invest in our turnaround. We have therefore made the considered decision to maintain our investment plans for the second half,” the CEO was quoted as saying in the results announcement.