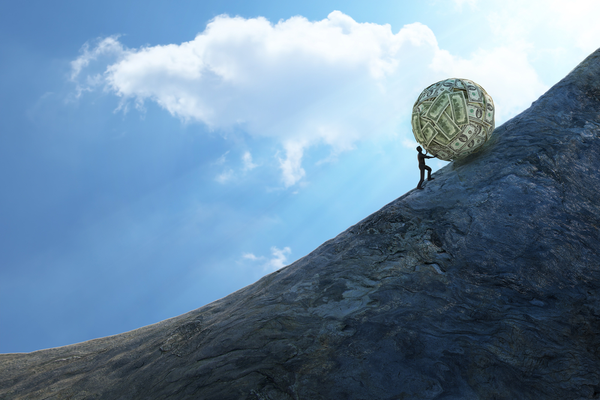 On March 6, 2018, UK listed language services and technology provider SDL published its financial report for 2017. Earlier in the year, the company had already provided the markets with a trading update, hence the market’s reaction was muted with the stock down marginally as at press time.

In the release, SDL Chairman David Clayton called the 2017 performance “disappointing” if looked at purely from a financial point of view. Clayton said the “financial underperformance has been felt throughout” SDL. Still, the Chairman believes the problems are “short-term” and says “they have not caused us to defer any of the strategic moves we had planned”.

In a phone interview with Slator shortly after the results were released, SDL CEO Adolfo Hernandez highlighted the challenge having to manage a root-and-branch operational transformation of his company while delivering on the top and bottom line.

“We just need now a little bit of time for the financials to catch up with the strategic and operational improvements. And this is why it sort of feels very frustrating to be in this situation,” Hernandez told Slator.

The CEO highlighted a number of operational improvements, such as SDL now having over 100 connectors which enable the company to connect to virtually any content. In machine translation, he says they have now moved 23 language pairs to neural MT and have customized over 50 engines. Furthermore, there is slow but steady progress in improving the utilization rate of internal linguists. SDL is also moving more of its tech revenue from perpetual deals to SaaS.

In terms of markets, SDL appears to have found some traction in what it labels as “premium” verticals in life sciences and marketing solutions. Revenues in these markets grew from GBP 22.5m in 2016 to GBP 40.1m in 2017. Although revenue from the pure machine translation business dropped by 20.7% in 2017 (due, in large part, to the slow conversion of a large contract with the US government and one other deal), SDL managed to close 53 new MT deals (vs 38 in 2016).

Interestingly, SDL estimates the markets in which it operates today to be worth GBP 17bn (USD 23bn). Asked why he is working with a number which is significantly lower than other well-quoted analyst estimates, Hernandez told Slator they focus on the market that is addressable and relevant to them. “We take a more conservative view of what the overall market is – particularly in services.”

The transformation is also impacting staff. SDL’s interim CFO Xenia Walters told Slator they had to cut about 100 positions in 2017 and will reduce another 160 in 2018. The cuts are across the board and impact all functions, according to Walters. Hernandez, however, was quick to point out that the company is also hiring for in number of specialized positions.

Hernandez said that most of Halls’ portfolio has been moved to Thomas Labarthe, EVP Business and Corporate Development. To lead Zschweigert’s group, Hernandez promoted Maria Schnell into the executive team. Schnell’s most recent positions were VP Global Language Offices and VP Operations EMEA.

Part of SDL’s drive to widen margins is its HELIX initiative, which includes efforts to increase the utilization of internal linguists (i.e. their time spent on actual translation and language work) from 50% in 2016. Some progress was made in this respect with the rate climbing to 53.1% as at December 2017.

When asked about the rate of progress, Hernandez said that improvements took some time to materialize because they need to first build and roll out the HELIX platform in order to reduce manual tasks. He added that 32 customers have been connected to the Helix platform and they expect to connect another 100 customers by end-March.

Hernandez says he has no plans to abandon the mixed sourcing model that includes employing substantial numbers of internal linguists. He believes that having in-house translators are a “huge asset for customer opportunities for certain verticals and languages and that they deliver measurable quality and financial benefits above and beyond anything we can do externally.”

When asked about whether he is starting to see a move towards pricing by the hour or other changes in pricing metrics given the advance of neural MT, Hernandez points out that they try to get “more sophisticated” with their pricing and that it is becoming more modular with more value-add services and layers.

Benefits of Consolidation for Scale Alone Are Doubtful

SDL has been conspicuously absent from M&A activity over the past few years after its forays into customer experience and other software businesses have resulted in big write-offs. While competitors like RWS have been aggressively expanding through M&A, SDL has watched from the sideline and that does not appear to be changing.

Hernandez said he 100% agrees with SDL Chairman David Clayton’s take on M&A that “SDL will continue to review strategically sound acquisitions that may help us accelerate the delivery of our plans in the future and market commentators often talk about consolidation within the highly fragmented Language Services market. However, knowing just how fragmented this market is, and the fact that content providers favor multi-vendor solutions, we believe that the benefits of consolidation for scale alone are doubtful and difficult to achieve.”

“Knowing just how fragmented this market is, and the fact that content providers favor multi-vendor solutions, we believe that the benefits of consolidation for scale alone are doubtful and difficult to achieve” — David Clayton, Chairman, SDL

What about SDL’s status as a publicly listed company? Would Hernandez follow Lionbridge’s example and consider going private? “I was hired to run a publicly quoted company and generate the best value that we can for shareholders, customers and for employees and that’s what I’m trying to do. Obviously everything that is public is by definition for sale. That’s nothing that I can govern. So, my executive team, myself, and the board –  we just focus right now on getting the stuff done,” Hernandez says.

So far, Hernandez’s transformation story continues to resonate with the analysts covering the stock. Canaccord, N+1 Singer, and Investec all have BUY or POSITIVE ratings on the stock. All three brokerages took note of the disappointing financial performance in 2017 but highlighted the progress made on the operational side.

That progress will now have to filter down to the bottom line and result in what SDL expects are “margin gains in the second half of the year”.