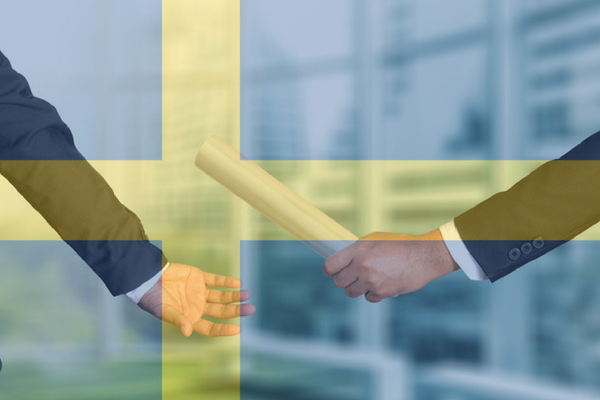 Swedish language service provider (LSP) Semantix appointed Patrik Attemark as CEO and Group President, taking the reins from Anders Uddfors, who has led the company since 2010. In a press release, Semantix’s Chairman Peter Carrick said Uddfors is leaving the company “at his own request.”

Carrick was also quoted as saying that during Uddfors’ nearly eight-year tenure, revenues tripled and profitability was improved. Semantix has emerged as the largest language service provider in the attractive Northern European market, which still offers a relatively high pricing level.

The surprise announcement focuses the spotlight on Uddfors’ 49-year-old successor, who will assume the position on October 2, 2017. Attemark is joining Semantix from Ambea Group, a provider of healthcare services in the Nordic region. Attemark currently heads its largest division, Nytida.

Prior to Ambea, he had been CEO and Group President of Solhagagruppen, a provider of disabled care services in Sweden, which the Ambea Group acquired in 2016. He also worked as Managing Director of Bisnode Kredit and InfoTorg within the Bisnode Group from 2007 to 2013.

Semantix’s Chairman Carrick highlights the new CEO’s management credentials and IT background, singling out Attemark’s experience in “the welfare sector,” which is an indication of how important government-related business is to Semantix (e.g. providing interpretation services to recent immigrants). As fewer immigrants arrive in Sweden, and in the Nordics in general, Attemark will have a growth challenge on his hands.

Semantix has made headway in the private sector, however, winning, for example, an outsourcing contract with telco provider Telia Finland in April 2016. To accelerate growth in verticals other than government, Semantix acquired Denmark’s TextMinded in May 2017. Departing CEO Uddfors told Slator at the time that they are eyeing more acquisitions in the Nordic region and beyond.

Semantix is headquartered in Stockholm and majority-owned by the private equity fund Segulah. After the TextMinded acquisition, Uddfors projected full-year 2017 revenues to come in at around SEK 900m (USD 112.9m). The company employs about 430 employees.

A Semantix spokesperson told Slator that Attemark will be available to answer questions after starting his new position on October 2, 2017.