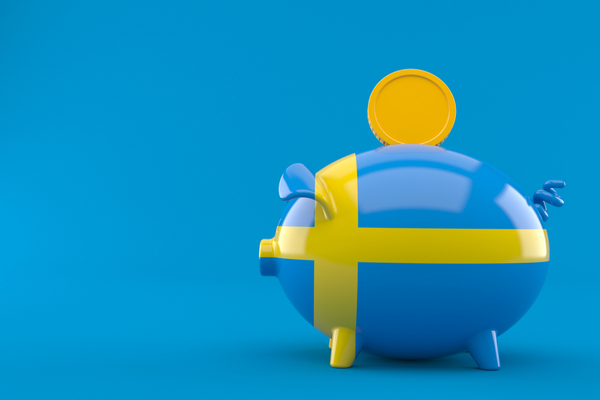 After suppliers were chosen in May 2018 and following a court appeal to the decision, Sweden’s Kammarkollegiet finally announced the winners of a SEK 760m (USD 81.36m) interpretation contract on February 11, 2019.

The contract for face to face and distance interpretation into and out of Swedish already kicked in on February 1, 2019. Duration is four years, inclusive of the maximum 24-month extension.

Kammarkollegiet (literally, The Chamber College) handles large framework agreements for the government, among its other functions such as asset management and legal. According to its website, “last year we managed just over SEK 170 billion” (USD 18.2bn) for a total of 400 customers across the Swedish government.

Each winning supplier was alloted a SEK 108m (USD 11.56m) slice. However, Kammarkollegiet estimates the entire contract will turn over SEK 190m (USD 20.34m) across all suppliers, just a fourth of its USD 81.36m ticket price.

As this is a framework agreement divided regionally into 21 different bidding areas or counties, the top-ranked language service provider (LSP) gets right of first refusal; that is, No. 2 will only get a job when No. 1 is unavailable, and so on down the line.

“We are No. 1 in 16 of 21 regions and No. 2 in the other five. We really got a big piece of the contract,” Björn Touqan, Chief Marketing Officer at Hero Tolk, told Slator.

“We really got a big piece of the contract” — Björn Touqan, Chief Marketing Officer, Hero Tolk

“Kammarkollegiet is also developing its own vendor portal for booking assignments, so we are working with them on testing out the service,” Touqan added.

Hero Tolk was founded in 2005 in Norway. It is part of the Hero Group that also consists of Hero Training and Education, and Hero Accommodation. The company, which provides mainly interpreting services, launched Hero Tolk in Sweden in 2015 and Finland in 2016.

A document seen by Slator showed that Språkservice Sverige was ranked No. 1 in the five regions where Hero Tolk was not.

The same document also showed a fairly competitive process with a total of 20 LSPs submitting tenders by the end of the bidding period in May 2018. The other bidders were EasyTranslate, Enlace Group, Gävle Tolkjour, Gävleborgs Tolkservice, Göteborgs Tolkförmedling, Göteborgs Tolkkammare, Karlstads kommun, Region Örebro län, Sundsvalls kommun, Trollhättans Tolktjänster, Work for You, and Välkommen hem Sverige.

She explained, “Our case was that Kammarkollegiet should have rejected several tenderers since their bids were unusually low,” adding that, per their estimates, several of the awarded suppliers would have been unable to deliver on the terms of the contract because of the “very low price” quoted.

“Our case was that Kammarkollegiet should have rejected several tenderers since their bids were unusually low” — Elisabeth Cardoso da Silva, Head of Interpreting Services, Semantix.

Cardoso da Silva said these estimates were based on their experience as the No. 1 supplier in the previous four-year contract. “We took the case to the highest possible court, “Högsta förvaltningsdomstolen (Supreme Administrative Court),” she said.

In the end, the court overruled the appeal and it did not affect the vendor selection process — except that “Semantix decided not to sign the contract,” Cardoso da Silva said, effectively withdrawing from the 19 regions in which they were ranked by Kammarkollegiet for interpreting services. The Nordic LSP still retains its No. 1 spot in another Kammarkollegiet framework (for translation services), according to Cardoso da Silva.

She pointed out that while “Kammarkollegiet tenders big framework agreements for the big public authorities, like the police and the courts,” other government agencies may choose to run their own procurements, as the Swedish Migration Board did last year.

Hero Tolk’s Touqan concurred, noting that the Swedish Public Employment Service is another large user of interpretation services and has its own active contract. Except for the two aforementioned agencies, he said almost all other government units tend to use Kammarkollegiet’s frameworks.

Touqan said the biggest customers for interpretation are the Police Authority, the Courts of Sweden, and the Swedish Social Insurance Agency; for translation, they usually get the biggest volumes from the police and the social insurance agency.