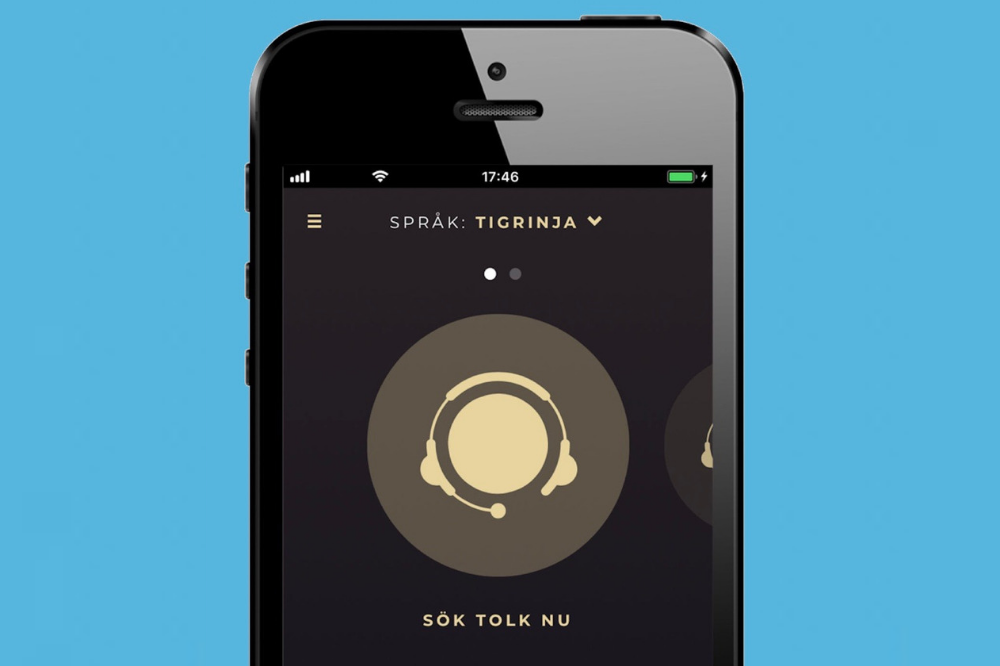 It is no secret that interpreting startups have increasingly begun to appeal to venture capitalists in recent months. The likes of US-based Boostlingo and Swiss company Interprefy both secured millions of dollars in funding in 2018, for instance. And it is not just the interest of venture capital that has been piqued.

Language industry insiders are also beginning to cotton on to the potential opportunity that interpreting startups represent. Boostlingo, for one, told Slator that some of its USD 3.4m in Series A funding was put up by “a few well-known US-based language company / industry folks and also some well-known Asian and European based language business folks.”

Now, one well-known European language service provider (LSP) has put its money behind the interpreting startup scene. Sweden-headquartered Semantix, an LSP that has done big business in providing interpreting services to the Nordic public sector, acquired on-demand interpreting startup Tolkvox AB on January 25, 2019. The terms of the deal, which was financed through own capital, were not disclosed.

Semantix has been majority-owned by private equity firm Segulah V L.P. since mid-2015. The company generated revenues of SEK 988m (USD 111.4m) in 2018, which includes full-year figures for Amesto Translations, acquired by Semantix in March 2018. Semantix employs some 380 FTEs, located mainly across the company’s offices in the Nordics (Sweden, Denmark, Norway, and Finland), as well as China, Chile, and Spain.

Tolkvox was founded three years ago and now has two employees. The company was owned by Founder Mattias Schain and a handful of private investors prior to the acquisition. Tolkvox states it “provides interpreting services between 178 languages and English in an easy-to-use app” and the company press release claims that it enables customers to “reach qualified interpreters within 30 seconds, with just the push of a button and no need to pre-book.”

Slator reached out to Patrik Attemark, who has served as CEO of Semantix since October 2017, to find out more about the deal. Attemark told Slator that Tolkvox will eventually be integrated into the Semantix brand and that Schain will join Semantix as Business Development Manager for On-demand Interpreting.

Attemark described the acquisition of Tolkvox as a “very important and logical step for us to take in extending our digital offer into the growing on-demand market in the Nordics.”

He also explained that Semantix now plans to roll out Tolkvox’s on-demand interpreting app to its current customers and “also target the important B2B segment with a highly relevant product.”

Semantix will be hoping to put the Tolkvox app to good use in a Nordic interpreting market ripe for disruption. Indeed, Attemark said that “the Nordic markets have traditionally relied heavily on pre-booked interpretation, even for over-the-phone assignments. On demand offerings do exist, but often suffer from low reliability, few languages, and long connection times due to low volumes.” And Semantix is now going to bring in that volume.

Aside from its application within interpretation services, what does Attemark think about developing technology for the wider language industry? “Semantix is excited about the advancements in AI in general and NMT in particular,” Attemark said.

“The impact of NMT is already unquestionable and it opens up opportunities for completely new business models and operating models. Our ambition is to turn advanced language technology into user-friendly applications to power any multilingual need, be it speech or text or data,” he added.

As to whether further acquisitions are in Semantix’s future, Attemark simply said that they are “continuously assessing opportunities that will support our strategic goal of being the leader in language technology of multilingual services in the Nordics.”