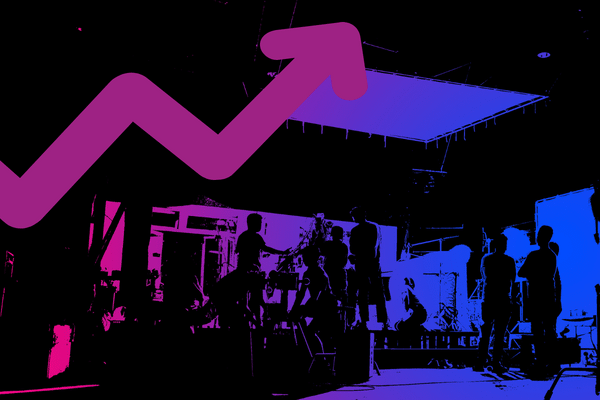 The boom in media localization shows no signs of slowing. One company reaping the benefits of increased global demand for subtitling and dubbing is UK-based Zoo Digital, which saw revenues derived from its localization services more than double in its most recent financial year ended March 2022. In the same period, company-wide revenues climbed 78% to USD 70.4m and EBITDA jumped 84% to USD 8.3m.

Zoo issued an update on September 20, 2022 ahead of its annual general meeting (AGM) on the same day. In it, London-listed Zoo said it expects first-half (H1 FY23) revenues to reach USD 51m or more — an increase of 89% from the same period the previous year.

The result marks the first time Zoo will report half-year revenues of more than USD 50m. Crossing the USD 50m-mark for half-year revenues is significant for Zoo. The company set itself a medium-term goal of achieving USD 100m in annual revenues back in 2020, and could now be set to do so only a few years later.

Zoo also said it expects a significant increase in EBITDA compared to H1 FY22. The company pointed out that increased profitability has “translated into a substantial improvement in our cash position, which will support our ambitious growth plans.”

Zoo has already started to expand internationally and added a number of regional hubs in the past 12 months, which the company said have performed better than expected. In March 2022, the company launched in India via the acquisition of Vista India; and in Korea, through the Whatsub Pro transaction. Four months earlier, in November 2021, Zoo launched Zoo Turkey with a strategic investment in ARES Media.

As Slator reported in January and September 2022, Korea and India continue to be key locations for Netflix’s international content strategy, while original Turkish content was also on the streaming giant’s agenda for the first quarter of 2022.

On an operational level in H1 FY23, Zoo added a new mastering service, expanded capacity for localization and media services, and recruited more staff. Having seen an uptick in regular monthly orders in H1, Zoo said a strong pipeline combined with “excellent customer relationships gives us continued and unwavering confidence in the future.”

Confidence in Zoo’s future also extends to investors. On the day of the trading update, shares in Zoo closed around 6% above market open and were trading around 6% above the levels of January 2022 at press time. The company’s market capitalization stands at around USD 155m. Zoo is currently outperforming other listed language companies — most of which are trading below their January 2022 share price — and the stock markets in general.

Zoo plans to make slides from an investor update due to take place after the AGM available on its website, and intends to announce interim financial results for H1 in November. It will also hold a Capital Markets Event on October 6, 2022.