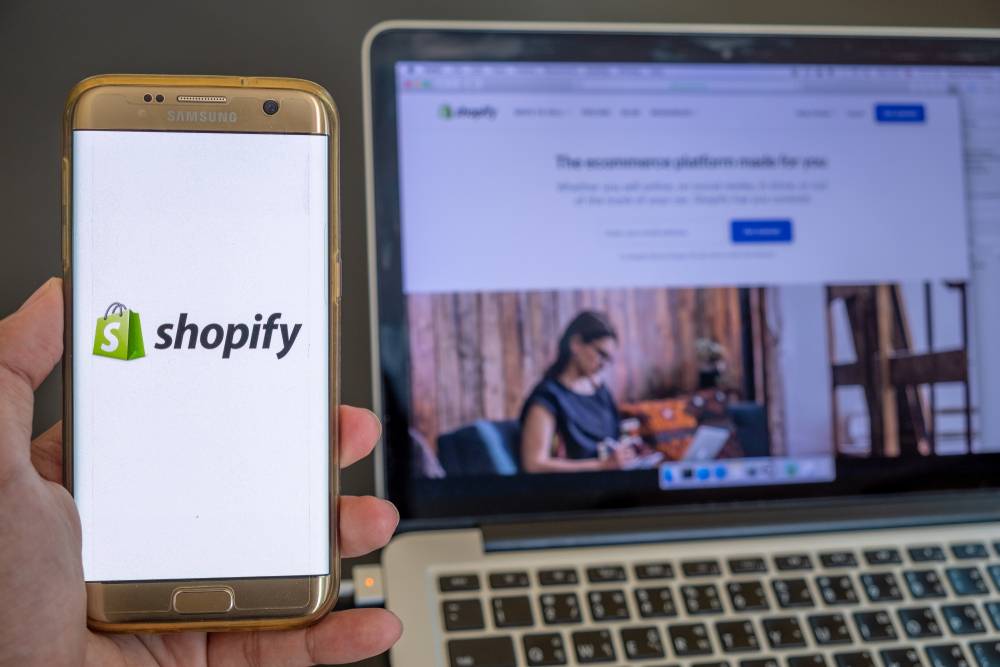 Shopify is one of the biggest omni-channel ecommerce platform providers on the planet, powering over 600,000 businesses across 175 countries.

Founded in 2006, it now employs over 3,000 staff. The Canada-based company gives clients access to multiple sales channels from mobile to bricks-and-mortar shops, as well as a centralized back-office, giving merchants a single view of their business from payments to shipping.

A native of Milan, Italy, where she holds a degree from Istituto di Alti Studi SSML Carlo Bo, Greco has been living in Toronto, Canada for 16 years now. She said she felt privileged to be part of and actively shape the company’s localization and internalization efforts: “It’s incredibly gratifying and fulfilling.”

Greco said that she “was part of the original group that was hired two years ago to start Shopify’s translation and localization efforts.” In her time there, the internal localization team has grown from two to five people, who come from many different backgrounds. Greco herself is a content and localization manager with a focus on Italy. “We are probably the team with the most accents in the whole company! It’s a super-fun team and we get to travel quite a bit too, which is great,” Greco added.

According to Greco, the localization team translates websites, marketing content, blogs, and backend into French, German, Spanish, Italian, Brazilian Portuguese, and Japanese. She added that they recently expanded some parts of Shopify into Dutch & Simplified and Traditional Chinese, and they intend to add more. Their Help Center required the most translation, she noted, “because it’s huge.”

Though she declined to state Shopify’s overall translation spend, Greco revealed they started tracking translation volume this year: “so far we are at 5.5 million words. We will probably be past six million by the time 2018 ends.”

On Workflow and Process Management

Greco said that Shopify has only recently begun to conceptualize and implement a comprehensive localization strategy.

The overall content strategy, she said, is a tiered one that takes into account volume and content type: “Like many other companies, we have a tiered-content strategy for translation. We expect a different level of quality for different kinds of content; some things really have to be perfect, others don’t.”

For Shopify’s marketing content, Greco’s team is responsible for translating into the company’s core languages (mentioned above) internally. The team also manages and hires freelance translators for languages not covered internally. These freelancers, who are hired to work on marketing and high-visibility content, are sourced directly and “mostly through our own networks,” she said.

She added that “since this type of work is mostly transcreation, CAT tools are not really used at this point, but when we do use them, it’s either MemoQ or Trados, depending on each linguist’s preference.”

“So it’s really copywriting in a different language, using the English as a starting point only” — Giulia Greco, Content and Localization Manager, Shopify

Until recently, Greco’s team also handled the less visible and high-volume content, such as product descriptions and help content. Shopify has since “hired Moravia to take care of all of our product translations in order to scale,” she said. To streamline the process, she explained “we use a translation management system [Smartling], integrated with our own translation platform, feeding into Github, for all product translations.”

Another distinct content type for Shopify is the company’s social media material, which Greco said “is created brand new by us, so it’s really copywriting in a different language, using the English as a starting point only.”

Shopify’s tiered content strategy involves “a lot of automation” and is designed to support internal requests from other Shopify departments “within a timely fashion,” Greco shared. “We have created our own internal processes integrated with external tools and platforms, and this allows us to be fast and responsive as the agile environment we operate in requires of us, but also to decide the right workflow depending on the content,” she said.

“In terms of the ecommerce space, the most notable aspect is that different locales have different needs and those countries where the tolerance for English is higher would much rather see us focus our efforts on other friction points related to the product, for example by enabling features that are only available in North America, rather than focusing on translating our marketing materials or our back-end.

“So our internationalization efforts must be so much wider than mere translation. From my point of view, translation is easy compared to other aspects that we need to solve.

“Our internationalization efforts must be so much wider than mere translation”

“Think about the difference in regulations and compliance in various markets, to make an example: those are problems much harder to solve than translating and doing it properly. Or maybe I see it that way because of who I am and what I do—it’s entirely possible.”

On the Role of NMT

Greco also spoke about Shopify’s NMT pilots and her own thoughts on the role the ever-improving technology will go on to play:

“Within the context of [MT] being used within our CAT tools with post-editing, it makes us and our freelancers more efficient and faster. It is not being used on its own without post-editing.

“I believe that neural machine translation is here to stay and will only improve, and the improvements will be faster than what many people expect. For this reason, it only makes sense to adapt and adopt it where it might make sense.

“I expect it to impact our future localization work by allowing us to translate more obscure and low-traffic parts of our content faster and cheaper. It could also be useful when used to translate third-party applications on our website—technically, content that we don’t own, but that exists within our pages that are already localized.

“Of course we are aware that it works better for some language pairs than others, and I see the necessity to have human editing and be upfront with the final users about the fact that they are reading machine-translated content. A feedback loop might be necessary to correct any mistranslations that may occur—as long as we respond to negative feedback fast, I think it’s okay.”

ecommerce is a high-growth vertical this year, with many major players acquiring smaller outfits to expand into new geographies and emerging markets like India being a hotbed for demand. At this rate, Shopify will likely have to work with even more than this year’s six million words to accommodate this growth.