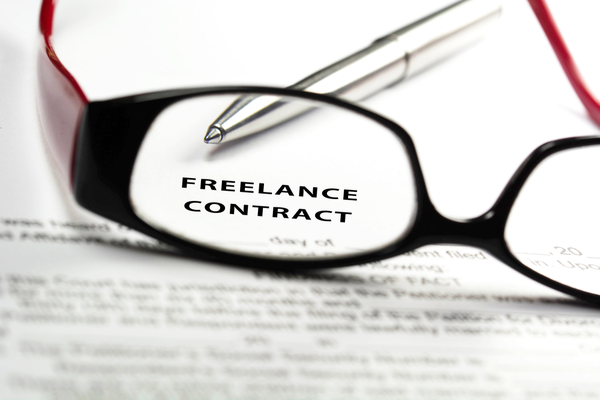 The California Unemployment Insurance Appeals Board (CUIAB), in a decision released on July 12, 2019, ruled that “interpreters are deemed to be contractors and not employees” in the case of San Diego-based language service provider (LSP) Interpreters Unlimited.

The interpretation-focused LSP had filed a petition with the CUIAB on September 23, 2016 after the Employment Development Department (EDD) determined in an audit that one of its interpreters, Katherine Miller, was an employee, not a contractor. The CUIAB, an independent administrative judicial agency, is where employers and workers go who wish to challenge EDD decisions.

Miller had filed for unemployment benefits, which triggered an EDD audit. The audit “determined that Miller, who had been working as an on-call Vietnamese interpreter, was an employee of the petitioner, not a contractor,” according to the CUIAB decision to the contrary.

In the CUIAB decision seen by Slator, Administrative Law Judge, James G. Queenan noted that Miller “had performed interpreter services approximately three times prior to her filing for unemployment” and described services such as those performed by Miller as “sporadic, non-continuous and of short duration. Many appointments would last less than two hours.”

Judge Queenan further pointed out that all Interpreters Unlimited (IU) interpreters had signed independent contractor agreements and “worked on an on-call, as-needed basis and depending on the language requested, an interpreter might go for months, or even years, without getting an assignment.” As such, IU interpreters “could work for other companies and were not limited to working only for the petitioner” (IU).

“In the case of certain languages, an interpreter might get no more than one or two assignments per year and it would make no sense to treat that person as an employee” — James G. Queenan, Administrative Law Judge, California Unemployment Insurance Appeals Board

The same decision stated that “most of the interpreters who testified […] indicated that they enjoyed being independent and did not wish to be treated as employees. Further, in the case of certain languages, an interpreter might get no more than one or two assignments per year and it would make no sense to treat that person as an employee.”

The CUIAB, therefore, concluded that “the weight of the evidence establishes that the interpreters, in this case, were consultants and not employees.”

Similar to Lyft or Uber

Sayed Ali, President at Interpreters Unlimited, told Slator, “In the past, most of the language service providers did not challenge the EDD auditor because of the legal costs.” However, IU decided to pursue the case, filing a petition with the CUIAB “for us and for the industry. Recently, a few other companies have also challenged the EDD, which resulted in a favorable ruling,” Ali said.

He added that they “spent a lot of time preparing a very graphical synopsis of the IU business model,” showing CUIAB’s Judge Queenan that they were a completely automated matching company. They explained to the judge that, in IU’s case, “the whole process of finding a suitable interpreter has to do with matching nine different variables. And, given that many variables, it takes a computer to create a match” between interpreter and client.

Judge Queenan concurred, stating in his decision that IU “provides a platform (similar to Lyft or Uber) that matches a client’s needs for an interpreter with an interpreter looking for an assignment.”

Additionally, “the petitioner did not play any role in deciding which interpreter got selected for which assignment — rather, the software platform did all the matching of interpreter and client,” the judge wrote.

Judge Queenan also cited previous court decisions — most notably one handed down by the California Supreme Court — which defined “the most important factor” that determined whether an individual was an employee or an independent contractor: “the right to control the manner and means of accomplishing the result desired.”

“In determining whether one who performs services for another is an employee or an independent contractor, the most important factor is the right to control the manner and means of accomplishing the result desired” — California Supreme Court in Empire Star Mines Co., Ltd. v. California Employment Commission (1946)

Queenan wrote, “Other than very general parameters, there was an absence of evidence indicating the petitioner had the right to control how and when interpreters worked, or how they did their job, and the interpreters could refuse assignments if they wished.” Furthermore, “the interpreters can set their own rates.”

According to Ali, had the CUIAB not ruled in their favor, “IU would [still] not be obligated to pay Ms. Miller. However, EDD would have assessed taxes and penalties to IU.”

Asked if he expects this CUIAB ruling to impact the contractor debate in the US — which reached new heights after the California Supreme Court ruled that Dynamex misclassified its workers as independent contractors and after the National Labor Relations Board ordered government contractor SOS International to reclassify its court interpreters as employees — Ali replied, “I would like to believe it would.”

“As it relates to EDD, as more companies get favorable rulings it helps the contractor debate,” Ali said, adding the caveat that while the Dynamex ruling defines an independent contractor by the so-called ABC test, the “EDD does not use the same test.”