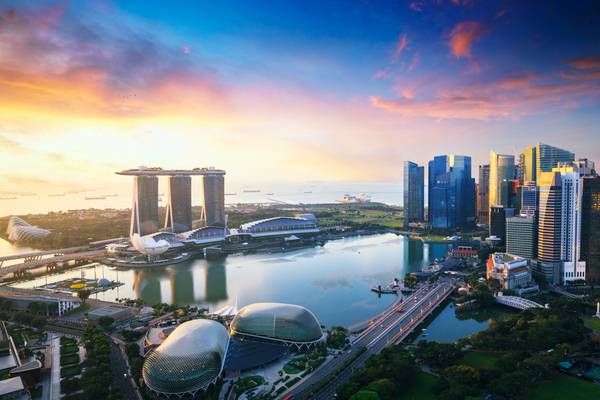 The government of Singapore has launched a ‘Translation Talent Development Scheme’, which offers recipients a bond-free subsidy of up to 90% of costs –  capped at SGD 10,000 (USD 7,647) per awardee – for training and courses related to translation, interpretation and language technology. The purpose of this scheme is to encourage local translators and interpreters to upgrade their skills as well as “groom the next generation of translation talents.”

Located in South-east Asia under the equator line, Singapore is a tropical city-state with a population of 5.6 million and a land area of just 720 square kilometres (278 square miles). It does, however, have a vibrant and competitive economy, with a GDP of USD 513.7bn and a GDP per capita of USD 90,500 (PPP).

A Unique Multilingual History and Society

The British landed on the island in 1819 and subsequently colonised it because of its strategic location along the sea trading route between Europe and Asia. Prior to that, it was a sparsely populated Malay fishing village. Under the British, it became a vibrant trading port, attracting immigrants from both east and west. It was this historical setting that turned Singapore into a multi-racial immigrant society that is primarily composed of ethnic Chinese, Malays and Indians.

Because of this, the scheme will be eligible to translators and interpreters who have been practising for at least three years, in the language pairs of English and the local ethnic tongues of Chinese, Malay or Tamil. In Singapore, media such as TV, radio and newspapers as well as government outreach materials are produced in all the four languages.

Singapore citizens only make up 61% of the island today, with the remainder comprised of permanent residents and expats from all over the world. Despite this diversity, just about everyone on the island speaks English as it is the key language used for education and business. Most folks in Singapore can read, speak and write in at least two languages, and many can hold basic conversations in more than three tongues, including ethnic dialects.

Under this new scheme, applicants can take short courses, workshops, seminars or courses leading to a diploma, Basic or Master’s degree. There are many courses in applied linguistics and translation related subjects provided by local universities and other private institutions in Singapore. The scheme also covers overseas programs. Subsidised expenses can include the course fees, training materials, as well as transport cost or visa fees if it is conducted overseas.

LinkedIn lists over 1,400 profiles under the “Translation and Localization” industry category. Among the various LSPs big and small on the island, Verztec and IYUNO Media Group stand out as two of the biggest.

“This scheme is intended to help this group of translation professionals who are already working” — Chee Hong Tat, Senior Minister of State in the Ministry of Communications and Information

Singapore gained independence from British colony rule in 1965. Political founding father Lee Kuan Yew realized that being a tiny island with no natural resources, the island’s key competitiveness (other than its geographic location), had to be its people. Because of this, Singapore’s economic policies had always placed tremendous focus on high-tech, high value-added industries and a well-trained and highly educated workforce.

It is in this spirit that this scheme has been introduced for local translators and interpreters. In fact, this development scheme is one of the initiatives driven by a ‘National Translation Committee’ that was set up by the government in March 2014 to help drive translation capabilities in both the public and private sector.

The head of this committee is Chee Hong Tat, Senior Minister of State in the Ministry of Communications and Information. He told local media at the launch of the scheme that it was targeted at translation professionals who are working in SMEs or as freelancers and may not have the resources to attend upgrading programs.

“This scheme is intended to help this group of translation professionals who are already working, who want to upgrade their skills and knowledge and this scheme can help to defray some of their costs,” Chee said.