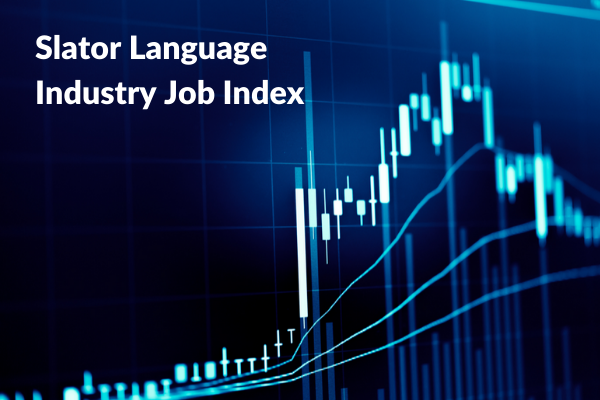 In January 2020, the Slator LIJI fell to 107.69 from 108.95 in December 2019. The baseline was taken to be July 2018 (100), the starting point from which was measured expansion or contraction of employment and hiring activity across the industry.

The dip for January 2020 mirrors the slow start to the year seen in January 2019 after a new high was reached in December 2018. The index fell further in February 2019 before rebounding and eventually growing for six consecutive months between July 2019 and December 2019.

Observational data relating to activity across the language industry in the month of December 2019 showed lulls in certain types of news, namely demand drivers and people moves, outside of the 15 buyer moves Slator tracked in the December 2019 Language Industry Buyer Tracker (PRO). Although it was a relatively quiet month for deal wins, Slator reported that Lionbridge won USD 1.1m via two Canadian government contracts for patent translation.

The end of 2019 was a particularly busy season for M&A. Polish language service provider (LSP) Summa Linguae Technologies (SLT) acquired two North American LSPs, Globalme and GlobalVision. The acquisitions coincided with SLT’s sale of 51% of its shares to private equity.

For some, 2019 ended on a low note. The European Commission’s Directorate-General for Translation (DGT) faced criticism after informing would-be suppliers for its large TRAD19 language services contract that they would need to resit for their exams due to a malfunctioning third-party testing platform.

California freelancers started to feel the negative effects of “gig worker bill” AB5, even before it went into effect on January 1, 2020 (despite vocal protests by individuals and professional groups representing interpreters and translators).