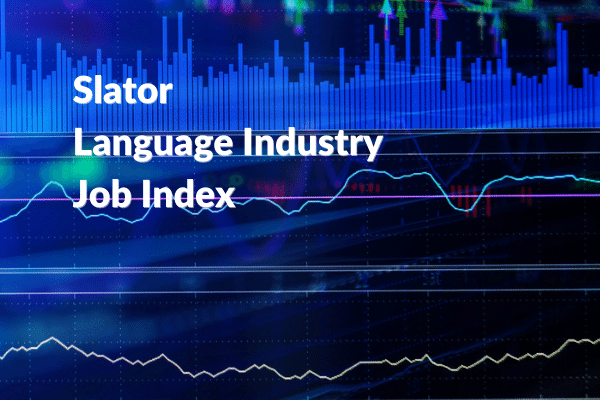 Hiring activity in the language industry continues its upward swing after the (first) peak of the Covid-19 pandemic. In November 2020, the Slator Language Industry Job Index (LIJI) jumped by nearly three points.

The jump in the November index is linked to a marked increase in job ads from October 2020 across almost all platforms monitored by Slator. The Slator LIJI initially started to recover in August from an all-time low of 95.66 in July 2020.

Observational data related to activity across the language industry in the month of October 2020 also showed strong indicators of a recovering industry.

M&A was less active in the month of October than in the past few months. Slator covered only one corporate transaction in October, as translation startup TAIA announced that they had raised EUR 1.2m (USD 1.4m) in series A funding from a Croatia-based investment fund manager.

Several LSPs released financial results and updates during the month of October, with TransPerfect sharing news that their third quarter revenues (Q3 2020) were up 13% on the same period in 2019 thanks to “pent-up demand” from prior months. Meanwhile, UK-based RWS said their full-year revenues (Pro) to September 30, 2020 are expected to be flat from 2019 (i.e., at least GBP 355m).

Two publicly-listed LSPs released semi-annual results: Japan’s Rozetta Corp. grew around 3% in the six months from the beginning of March to the end of August, while New Zealand-based Straker Translations also grew in the six months to September 30, 2020, based on a number of financial metrics, generating a little under USD 10m in (unaudited) revenues.

Three UK-based LSPs provided updates on expectations for 2020 as part of their only-now released 2019 results: thebigword said that it continues to operate profitably during the months of the pandemic, but expects revenues to decline in 2020 as a result of their added focus on integrating machine translation; translate plus said they were still managing to secure new client contracts, “despite the circumstances”; and Capita TI said revenues for the remainder of 2020 should “remain resilient, given the diverse client base.”