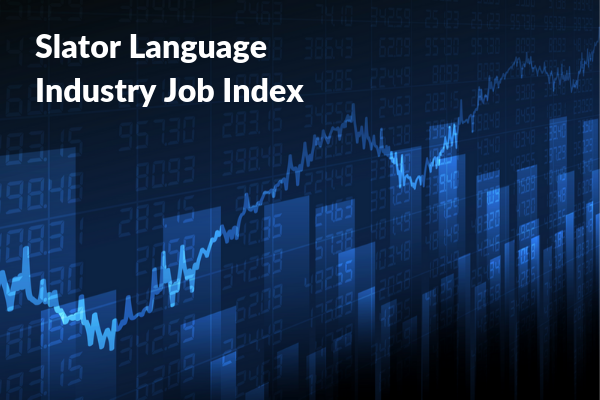 The Slator Language Industry Job Index (LIJI) was developed for the purpose of tracking how employment and hiring activity is trending in the global language industry.

In its eighth month, March 2019, the Slator Language Job Index (LIJI) rose to 101.47 up from 101.43 from the month of February 2019. The baseline is taken to be July 2018 (100) and is used as a starting point from which to measure expansion or contraction of employment and hiring activity across the industry.

The index has fluctuated over the past few months, reaching a new high in December 2018 before dipping in January 2019 and February 2019.

The upward trend in March was reflected in many of the indicators used for the LIJI, including in the number of job postings listed among Slator LSPI companies and on most of the job aggregation sites that Slator monitors.

Things appear to have taken a turn for the worse at Canada’s Able Translations, whose office is now “bare-bones but still staffed” after the company fell foul of creditors, according to state-owned media network Canadian Broadcasting Corporation (CBC). For more financial results and analysis, check out the newly released 2019 Slator LSPI, a list of LSP leaders and challengers based on 2018 revenues.

Hiring continued strongly at language service and technology providers in February as senior appointments were made at IYUNO, Labrador Translations, Milengo, Iconic, and Flitto, as well as at Betranslated, Alamma, Technica, and Summa Linguae.

The Slator LIJI relies on LinkedIn for a substantial part of the underlying data. The site has some 500 million users, many of whom share data about their skills, experience, location, company, and job title on their personal LinkedIn pages. The site has over 600,000 profiles under its Translation and Localization category and a search for the keyword Localization also yields over 600,000 profiles.